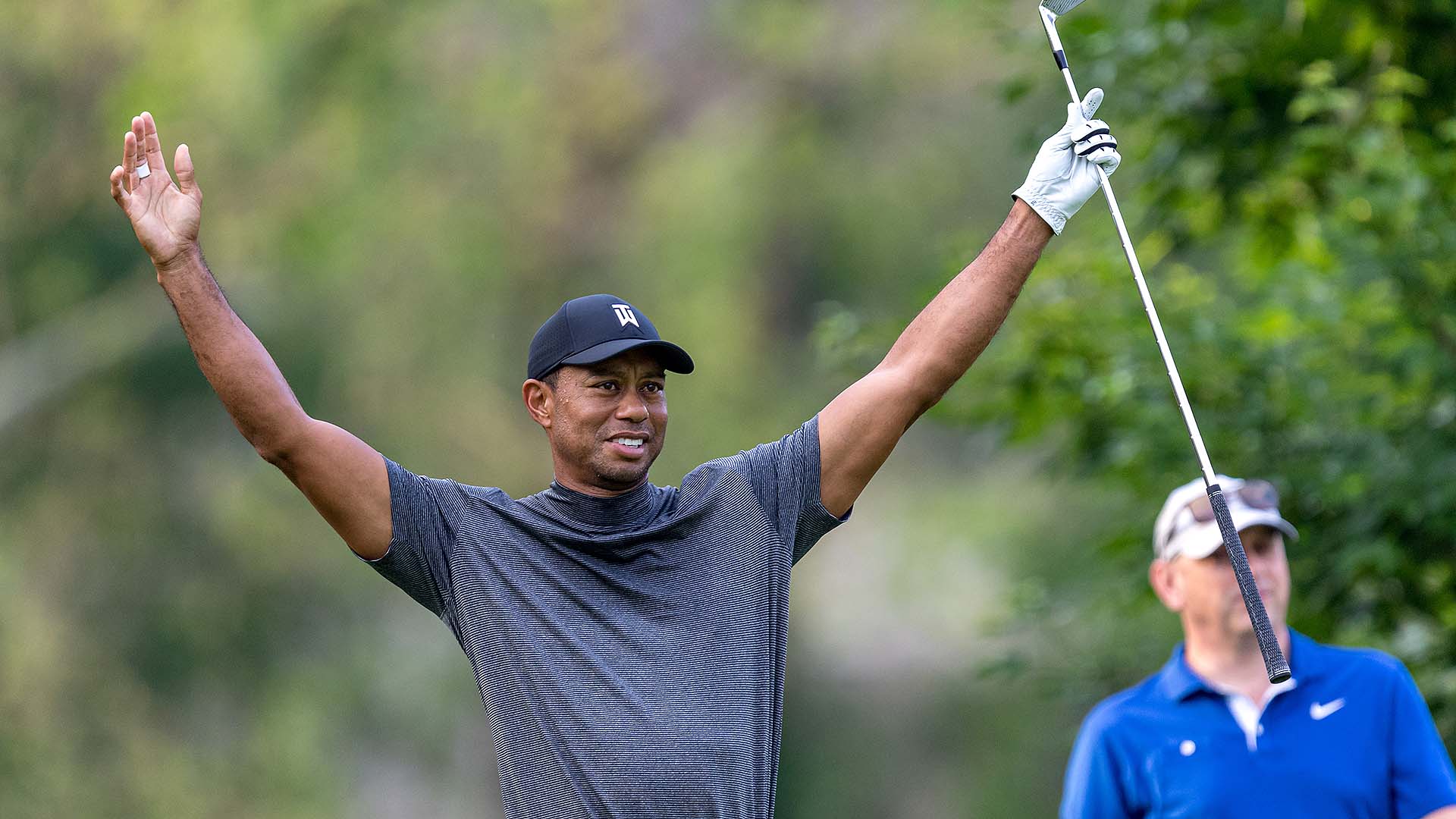 After going 20 years between his last two holes-in-one, Tiger Woods came within inches of adding a second one in the past six months.

During the Memorial pro-am on Wednesday, Woods nearly aced the par-3 fourth hole at Muirfield Village ... and in front of fellow sports icon Peyton Manning, no less.

In a video from GOLFTV, Woods hits a dart at the pin and nearly aces it. He calmly walks up and taps in for his birdie, while Manning, the two-time Super Bowl winning quaterback, watches from the greenside bunker, where his tee shot ended up.

Despite 15 major championships to his name, Woods surprisingly only has three holes-in-one in competition - at the 1996 Greater Milwaukee Open, 1997 Phoenix Open, and 1998 Sprint International.