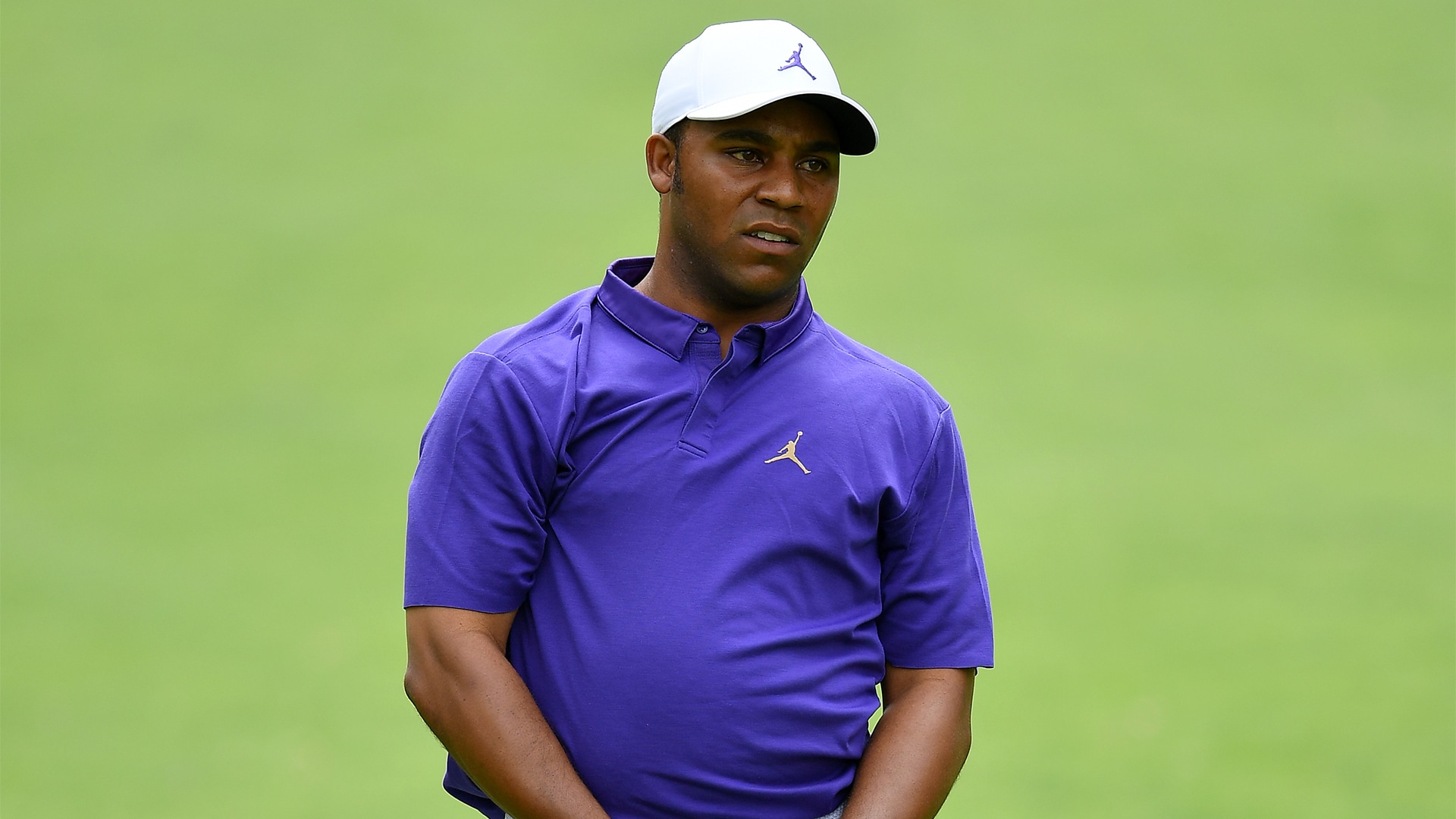 Playing in the final pairing Sunday at the PGA Championship, Harold Varner III birdied the first hole, while leader Brooks Koepka made bogey, and immediately Varner's deficit was a more manageable five strokes.

Two holes later, however, Varner missed his tee shot on the par-3 third wide left and made double bogey from the nasty Bethpage Black rough. It didn't get any better at the par-5 fourth, where his tee shot again sailed left. And, unfortunately for Varner, his second shot went even further left.

Varner and a small search party, including Koepka, were unable to find his ball so he had to drop in the original spot of his second shot, with penalty.

He eventually made his second consecutive double bogey and followed that with a bogey at No. 5. He went from five back to 11 back in the span of four holes.