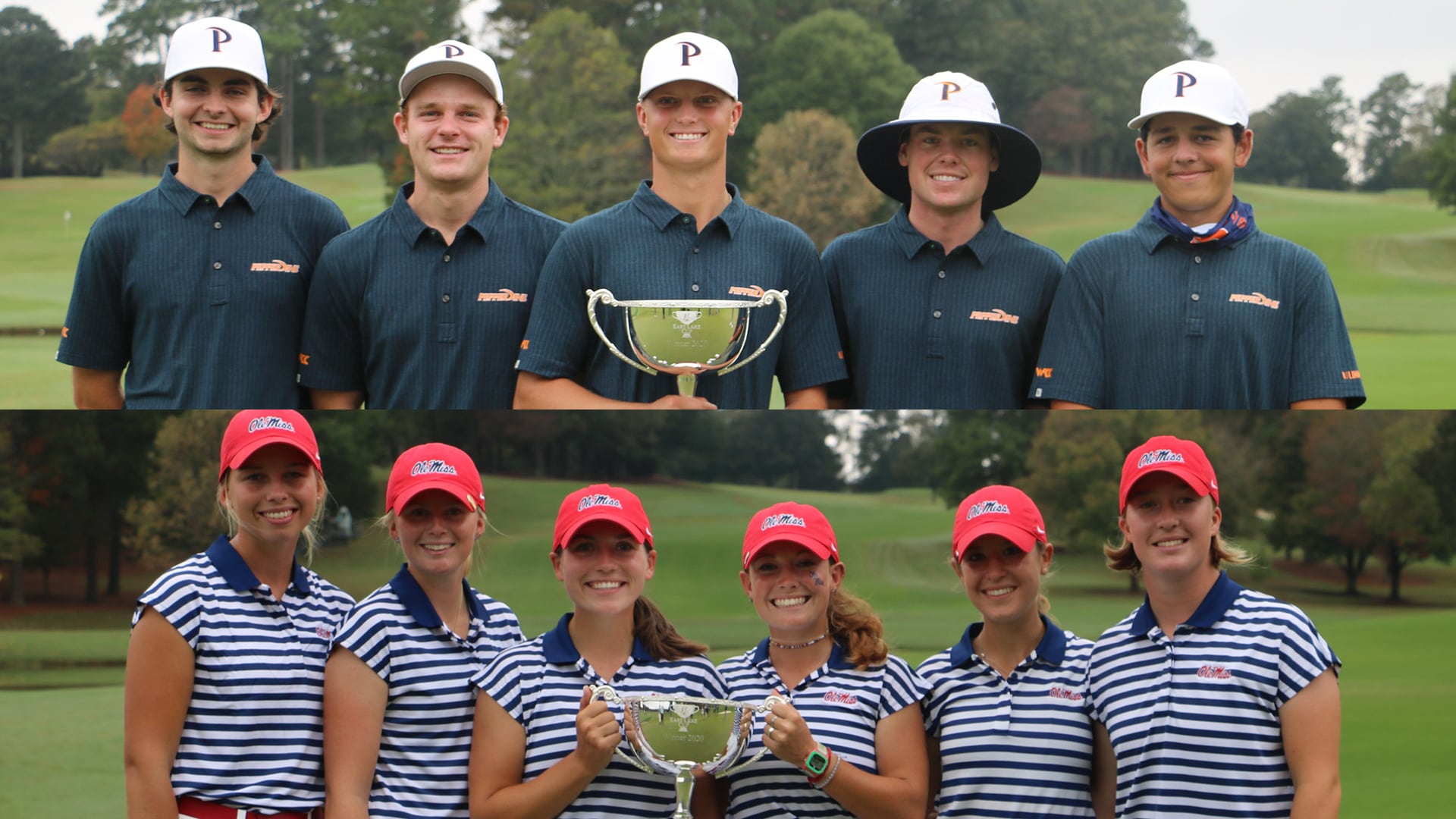 ATLANTA – When Oklahoma opened its fall with a win at Colonial, Pepperdine was watching from back in Malibu.

What especially caught the Waves’ attention was an Instagram video showing Oklahoma head coach Ryan Hybl, first-team All-American Quade Cummins and two other Sooners holding their hardware while Eminem played in the background: Guess who’s back, back again?

“We were kind of envious of Oklahoma’s win at Colonial when they played that song on Instagram,” Pepperdine sophomore Dylan Menante said. “We might do a little rendition of our own now.”

Pepperdine, last season’s No. 1-ranked team in Golfstat when the COVID-19 pandemic canceled the season, showed why it should still be No. 1 on Wednesday at the East Lake Cup – and at Oklahoma’s expense. The Waves routed the top-seeded Sooners, 4-1, in the men’s final while Ole Miss edged South Carolina, 3-2, in the women’s championship match.

“Oklahoma’s extremely talented and very good, a super team, I’d say,” Pepperdine head coach Michael Beard said. “To be able to come here, all the way across the country, and beat three of the best teams around, really impressive and I’m so proud of our guys.”

What’s better than a super team? The answer was Pepperdine’s squad that it rolled out Wednesday in Atlanta. Even with first-team All-American William Mouw dropping both of his matches this week, the other four Waves stepped up. Aside from Mouw, no Pepperdine player trailed in the final. Juniors Joe Highsmith and Derek Hitchner got the first two points on the board, with Highsmith routing stroke-play medalist Patrick Welch, 5 and 4, and Hitchner, who earned his lineup spot in a three-man playoff back home, adding a 3-and-2 defeat of Logan McAllister, who won the individual title at Colonial last month. Both players went 2-0 this week, as did Menante, the confident, club-twirling sophomore who is finally out of Mouw’s shadow.

Menante, who has gone T-1, T-2 and T-7 in three stroke-play events this fall, posted a 5-and-4, anchor-spot victory over Garett Reband, a first-team All-American who is still trying to regain his form after breaking his right hand this summer. Menante’s win clinched the cup while stopping R.J. Manke’s match against Cummins. Manke was credited with the 2-and-1 win.

“It’s reassuring for myself,” Menante said. “I played really well, started off hot and was kind of dominating throughout the match.”

Added Beard: “I don’t know if there’s anybody in the country playing better than Dylan right now. He’s extremely confident and he has a great way about him on the course. … He’s going to be hard to beat at this moment.”

The same could be said for Pepperdine, which closes its fall back in Southern California against some West Coast Conference competition. The Waves dominated a similar event to open the fall before heading to Dallas and finishing runner-up on a tough Maridoe course. With nine of their top 10 players from last season back – only Haskins winner Sahith Theegala is gone – Pepperdine has proven itself a deep and skilled team that is capable of winning anywhere.

“We just want to show that we’re No. 1, we belong here, and everyone needs to watch out,” Menante said.

Ole Miss will leave East Lake with a similar feeling. There was no doubt that the Rebels were a talented bunch and one of the preseason contenders in the SEC, but when it came to national favorites, the top of that list included the likes of Wake Forest, USC and South Carolina.

The Rebels are rising fast, though. They boasted both of the co-stroke-play medalists, senior Kennedy Swann and junior Ellen Hume, to earn the No. 1 seed and then took down Texas and one of their biggest conference foes, the Gamecocks, who bested Ole Miss in each of the first two All-SEC events of the fall.

Hume, who transferred from Charleston Southern during the summer, dazzled this week. She beat first-team All-American Kaitlyn Papp of Texas in the semifinals before routing a four-time All-American in Pimnipa Panthong. Hume’s win Wednesday proved especially crucial, considering South Carolina’s French duo of Mathilde Claisse and Pauline Roussin-Bouchard beat Chiara Tamburlini and Swann, respectively, in the first two matches out.

With Ole Miss’ Andrea Lignell beating Paula Kirner, that set the stage for the player who has been with the Rebels the longest, senior Julia Johnson.

For the second straight day, Johnson struggled on the front nine, making just one birdie, yet entered the back nine tied in her match opposite Lois Kaye Go. She took the lead with birdie at the next hole and never looked back. She birdies Nos. 13 and 17 to maintain her lead and then closed out the match with a calm two-putt par at the par-5 finishing hole.

“I learned they have got a lot of fight,” Ole Miss head coach Kory Henkes said. “I have always kind of known that, but to see them in pressure situations and for them to be able to pull it off is really impressive. And I think they are a great team and they have a good chance at winning the national championship. …

“We don't want to stop yet. We want to keep building on what we have done, and hopefully the future is bright for us.” 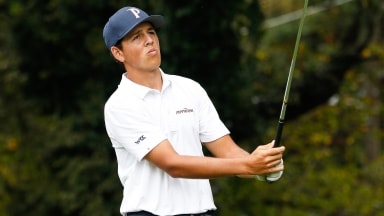 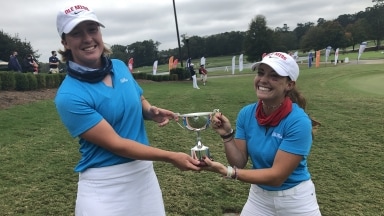 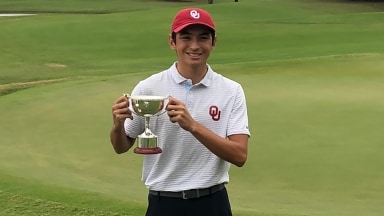 Oklahoma's Welch wins one for Dad at East Lake