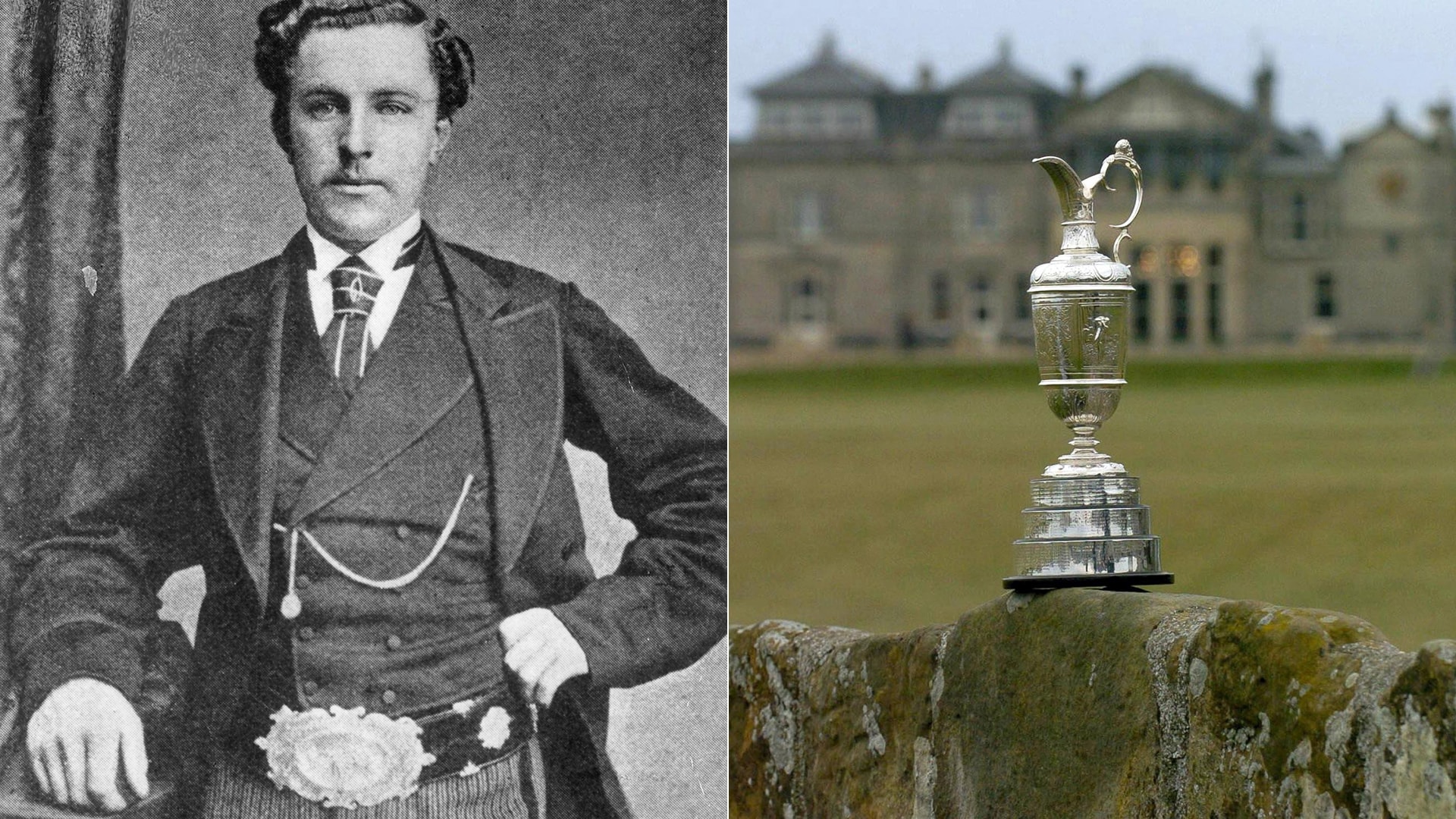 It’s April, and for the first time since 1945 we are not celebrating the Masters, golf’s annual rite of spring, instead we’re lamenting the cancellation of the 2020 Open.

It’s the 26th time a major has been canceled. Fifteen majors were canceled during World War II, and nine others were scuttled because of World War I. But more than 40 years before the war to end all wars, nearly 70 years before the war after that, and almost 150 years before the coronavirus pandemic plunged tournament golf into darkness in 2020, another major championship was canceled, and this one had nothing to do with a global war or the world-wide threat of viral Armageddon.

OK, that might be a bit simplistic. But it’s somewhat true. When Young Tom Morris, the 1870 champion, earned the right to keep the tournament’s trophy – a challenge belt – by winning the championship for the third straight year, organizers couldn’t agree how to proceed with the tournament. The Open, soon to enter its teenage years, was going through growing pains and was in the process of evolving into the tournament we know today. That it wasn’t played in 1871 involved more than just a prize for the winner.

“Perhaps when establishing The Open they thought it was unlikely anyone would win three times in a row, or perhaps they had not considered what would happen if someone did,” Fiona MacDonald, the Associate Curator of the British Golf Museum, wrote in an email. “The desire for such competitions was growing and so possibly the fact that the Belt was won outright provided an opportunity to reconfigure the competition but it is equally possible that The Open would have evolved in the same way around that time, or slightly later. Throughout history, changes such as this are often the result of happenstance combined with some level of intention."

The Open was first played in October 1860, when the members of the Prestwick Golf Club, eager to provide an annual competition to determine the game’s best player, invited the various golf clubs of England and Scotland to “name and send the best players on their links” to play for a championship on the club’s 12-hole course. According to the Glasgow Herald, “the game was viewed with great interest by professionals, both in England and Scotland.” 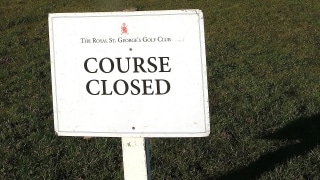 The R&A announced Monday that The Open has been canceled, marking the first major championship cancellation since 1945.

Pros and amateurs were eligible and, in addition to a monetary prize, the winner was awarded a challenge belt made of red Moroccan leather that was adorned with silver plates picturing golfers and caddies. The Courier and Argus newspaper of Dundee later described the belt as “well worthy of the keen emulation displayed by the different players.” Valued at £30, this was truly a trophy worth keeping, and a stipulation was made that allowed the winner of three straight Opens to keep the belt forever.

By 1870, The Open, then often referred to as The Challenge Belt, was a highly anticipated event, drawing many spectators, “including a goodly sprinkling of the fair sex,” according to the Herald newspaper. Much of that anticipation must have come from the fact Young Tom Morris was gunning for his third straight title and permanent ownership of the belt, a right that was denied his father Old Tom in 1863 when he finished two strokes back of Willie Park, Jr., after winning the championship in 1861 and 1862.

Young Tom didn’t disappoint, touring Prestwick in rounds of 47-51-51 to win by 12 strokes. “It will thus be seen that Young Tom Morris was yesterday the successful competitor for the third year in succession, and consequently carried off the belt,” reported the Herald.

With it, he carried off the 1871 Open as well. Because there was no trophy to present, the tournament was in a state of flux.

The continuation of the Open was discussed at Prestwick’s 1871 spring meeting. According to "Challenges & Champions, The Royal and Ancient Golf Club, 1754-1883" by John Behrend and Peter N. Lewis, some among Prestwick’s membership wanted to retain sole responsibility of hosting The Open, noting that “Harry Hart, the Prestwick secretary, put forward an amendment to the effect that the club should provide a new Belt and continue to host the event.”

But a different proposal was put forward by Gilbert Mitchell Innes, who willingly suggested bringing in other clubs to share the costs of the trophy and alternate in the hosting of the tournament, his thought being that if other organizations helped absorb costs it wouldn’t be prudent for Prestwick to be the sole host of the event.

When put to a vote, Innes’ motion prevailed. The tournament would he “shared” by Prestwick and other Scottish venues, and a new trophy would be created.

Innes’ grand idea became what we now know as the Open rota. A Prestwick member with ties to St. Andrews, Innes was a notable golfer. He was awarded his club’s Eglinton Gold Medal – in September 1869, for capturing the tournament following its autumn meeting. Innes shot 119 during the 24-hole competition (two rounds over the course’s 12 holes), a score praised by the Glasgow Herald. “Taking into account the unfavorable nature of the weather – gusty winds prevailing throughout the entire day – the play was very good.“ A few days later, Innes competed in the 1869 Open and finished seventh among the 14 participants.

But things didn’t move quickly and Innes’ vision faded. By the time summer turned to fall, there was still no determination which clubs would join Prestwick in sharing tournament costs and responsibilities, and attempts to host The Open in 1871 were put on hold.

Championship golf, however, continued. According to MacDonald, there were two big professional tournaments held in 1871. Young Tom Morris won one at St. Andrews and Davie Strath was victorious at Carnoustie, each player receiving £10 for his efforts. “They could not claim to be the Open Championship as these were purely professional tournaments and were not, as the Open had been ‘open to the whole world,’” wrote MacDonald in an email.

These events, combined with other notable tournaments early in 1872, influenced the revival of The Open that fall. The Royal and Ancient Golf Club, for one, was keen to resurrect the event. The minutes of a club meeting, dated May 1, empowered the green committee “to enter into communication with other clubs with a view to effecting a revival of the Championship Belt.”

On September 11, 1872, three golf clubs – Prestwick, the Royal and Ancient (St. Andrews) and the Honourable Company of Edinburgh Golfers (Musselburgh) – agreed to host the tournament on a rotating basis and each contributed £10 toward the cost of a new trophy, a silver claret jug. The first revamped Open was held at Prestwick two days later.


“The Challenge Trophy for the championship, open to all golfers, and which is henceforth to be competed for annually on one of the following links in each year – viz., Prestwick, St. Andrews, and Musselburgh, was yesterday played for the first time over Prestwick links,” wrote the Glasgow Herald on Sept. 14, 1872. “Money prizes were added to the successful players; and a medal to be permanently retained is given to the winner of the Trophy each year.”

Young Tom Morris won his fourth straight Open, and he went home with a medal inscribed “The Golf Champions Trophy” and £8 of spending money, but – ironically given the well-remembered circumstance that canceled the 1871 event – without the claret jug.

Because the agreement to create the new ornate silver jug occurred just two days before the championship was held, it’s not surprising it wasn’t ready to be presented to Young Tom.

A year later, the trophy we recognize today, designed by Mackay, Cunningham, and Co. of Edinburgh, was finally presented to Tom Kidd, who beat Jamie Anderson by one stroke for what the Herald called “the championship of the golfing world.” It was the first playing of The Open at St. Andrews.

A stipulation stated that the new claret jug would never become permanent property of the winner no matter how many times in row the tournament was won. It was a prescient proviso considering that within the next decade both Anderson and Bob Ferguson would win The Open three straight times.

It wasn’t until the 1950s that anyone else won three consecutive Opens when Peter Thomson won it from 1954-56. By that time, the original jug was long retired.

Following the 1927 tournament won by Bobby Jones, the Royal & Ancient’s Championship Committee took the 1873 jug out of circulation, and has awarded a replica to the Champion Golfer of the Year. The first claret jug, as well as the original champion belt, is on display in the R&A Clubhouse.