More than an Open: Fractured Northern Ireland brought together by Lowry's triumph 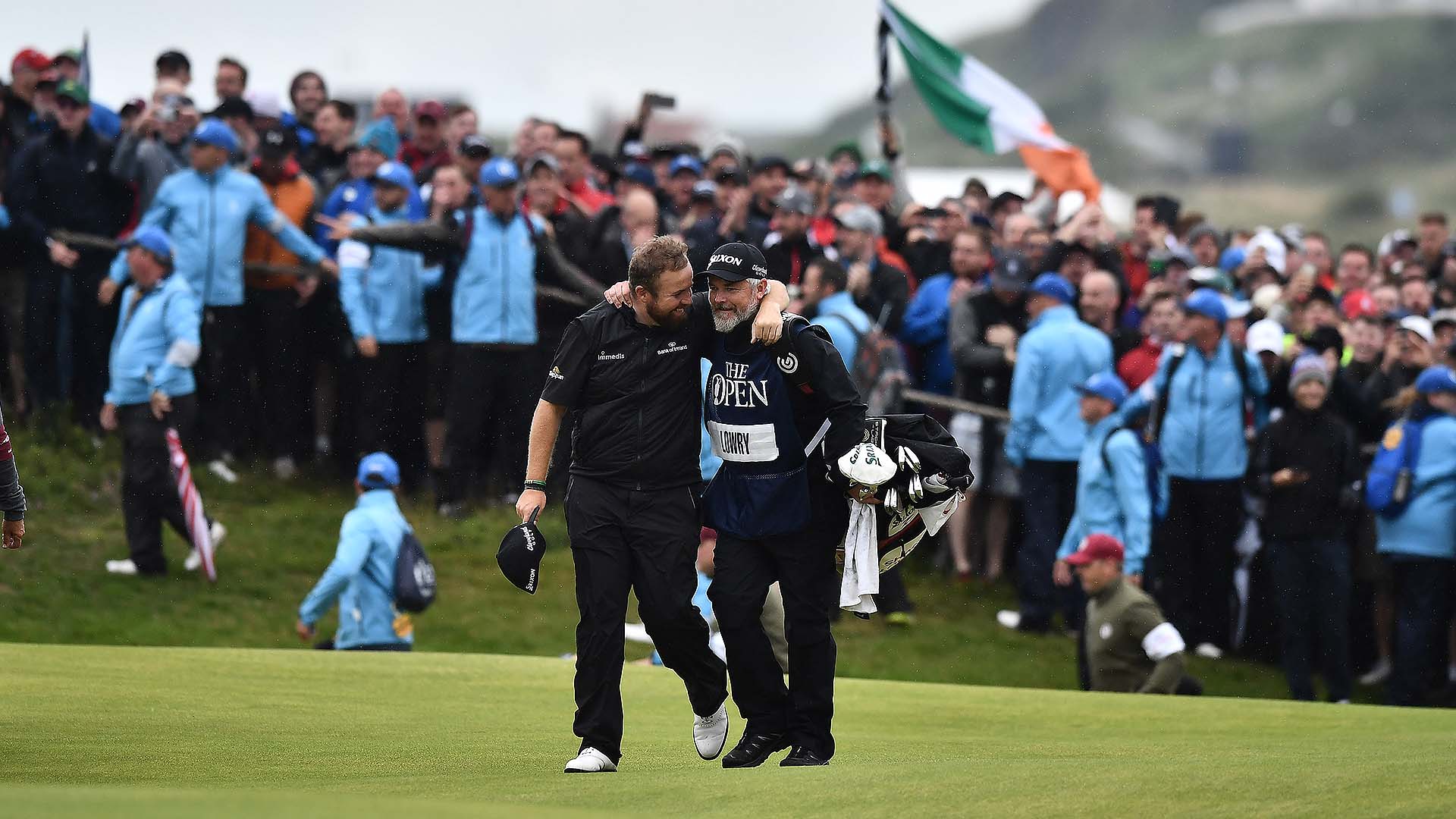 PORTRUSH, Northern Ireland – Those who watched the first Open Championship played on these rugged shores in nearly seven decades would learn that Shane Lowry is an infinitely likable bloke with the kind of short game that would make the late Seve Ballesteros envious.

They would have also gleaned that Royal Portrush was as good as advertised and that the best and worst of links golf can only be appreciated when the wind howls and the rain lashes in from every direction.

But only those paying close attention to the 148th edition could have truly grasped the transformative powers of sport.

For a country that’s been defined for far too long by walls – most notoriously the looming “peace walls” that meander through Belfast and more subtly the flags that frame and define neighborhoods, the British Union Jack for the protestant majority and the Republic of Ireland standard for the catholic enclaves – it didn’t go unnoticed that, at least for one week, Northern Ireland was a country without borders.

It was there late Sunday as Ireland’s Lowry put the finishing touches on his major masterpiece to a cacophony of thunderous applause at every turn. As the Champion Golfer of the Year climbed the hill at the par-3 16th hole, a young lad waved a Republic of Ireland flag that had been hastily fastened to an umbrella. It wasn’t that long ago such a display would have been unwise, if not unwittingly dangerous.

Despite the differences that continue to split Northern Ireland - even two decades after the Good Friday Agreement ended the violence to the masses - at least for one breathless moment, the country was equally and unequivocally united behind Rory McIlroy and Graeme McDowell, native sons who honed their game on the country’s rolling links, as well as Lowry, who grew up four hours to the south in Ireland across a transparent border.

“This event and the people that have come out to support this event, it means a lot to this whole island economically and really just from a showcasing of this amazing place,” said McDowell, who grew up playing next door at Rathmore Golf Club. “It's history and everything that's gone on, it's more about the present and really where Ireland can go, north and south. And hopefully we're one place in the future.”

To the untrained and uninitiated this was little more than a golf tournament, albeit a grand golf tournament on a grand layout. Those watching the action unfold in Sunday’s gale probably had no clue that the night before a concert had been held in the center of Portrush that included the Sons of Ulster marching band.

This was an affront to some who called it an “unnecessary provocation” and the R&A went so far as to issue an advisory that warned vendors to stay clear of the potential political fray.

Several hundred people gathered for the concert according to various reports without incident, Northern Irish, Irish and a horde of fans from across the globe mingling about and enjoying a perfect summer evening.

Most sidestepped the question because of a lack of knowledge. Others avoided answering because of an abundance of it.

“Without getting into politics or religion, because that's not a good thing to get into around here,” McDowell said when asked the significance of last week’s championship. “It's symbolic. It's a shift. It's a move on. It's a step from our past. It shows how many hurdles we've overcome, how far we've come as an island.”

If last week’s gathering was symbolic, and it was, a stroll through Portrush’s narrow streets was proof, however circumstantial, that even the most frenzied change of pace can make things seem so normal.

There were no flags, either Union Jack or Irish, laying claim to the village. Along Causeway Street there are three churches, two catholic and a protestant offering, within a Dustin Johnson 3-wood of each other. That means nothing in most places but in the not-so-distant past the proximity was a potential flashpoint, but there was no tension, no side glances, no concerns.

In fact, the most radical statement to be found was a curious message scratched into a wall across an alley from the Atlantic Bar – “I hate golf.”

Officials downplayed the significance of The Open’s return to Royal Portrush for the first time since 1951, instead navigating the political no-man’s land with a message everyone could understand.

This Open lived up to those lofty expectations flawlessly. So much so, that the drumbeat for a return engagement had already started long before Lowry began his victory celebration. McDowell, who along with McIlroy and Darren Clarke helped lead the charge to bring The Open back to Portrush, went so far as to say he’s heard “whispers” that The Open could return to Royal Portrush in five years.

The quality of golf and infrastructure certainly would justify such a quick turnaround, but it’s the more esoteric qualities of this year’s championship that shouldn’t be ignored. This was so much more than simply another major. This was a sea change, even if for a moment.

Even before Lowry hoisted the claret jug, metaphorically uniting north and south, the ability of sport to blur ancient rivalries and differences was evident as McIlroy, whose inexplicable 79 to start the week stunned the island, grinded to nearly make the cut. He didn’t play the weekend, missing out by a stroke, but he did prove a point.

“I wasn't coming here to try and produce any sort of symbolism or anything like that,” said McIlroy in an emotional exit interview. “But to see everyone out there sort of cheering on one cause, cheering for the same thing was pretty special. And that thing was me, fortunately.”

This shouldn’t be overstated. The Open won’t be a panacea for lasting tranquility on the island. But it was a week when the world viewed Northern Ireland through the lens of a championship sporting venue and not a fractured country. 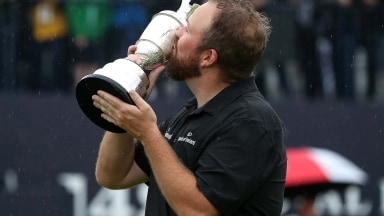