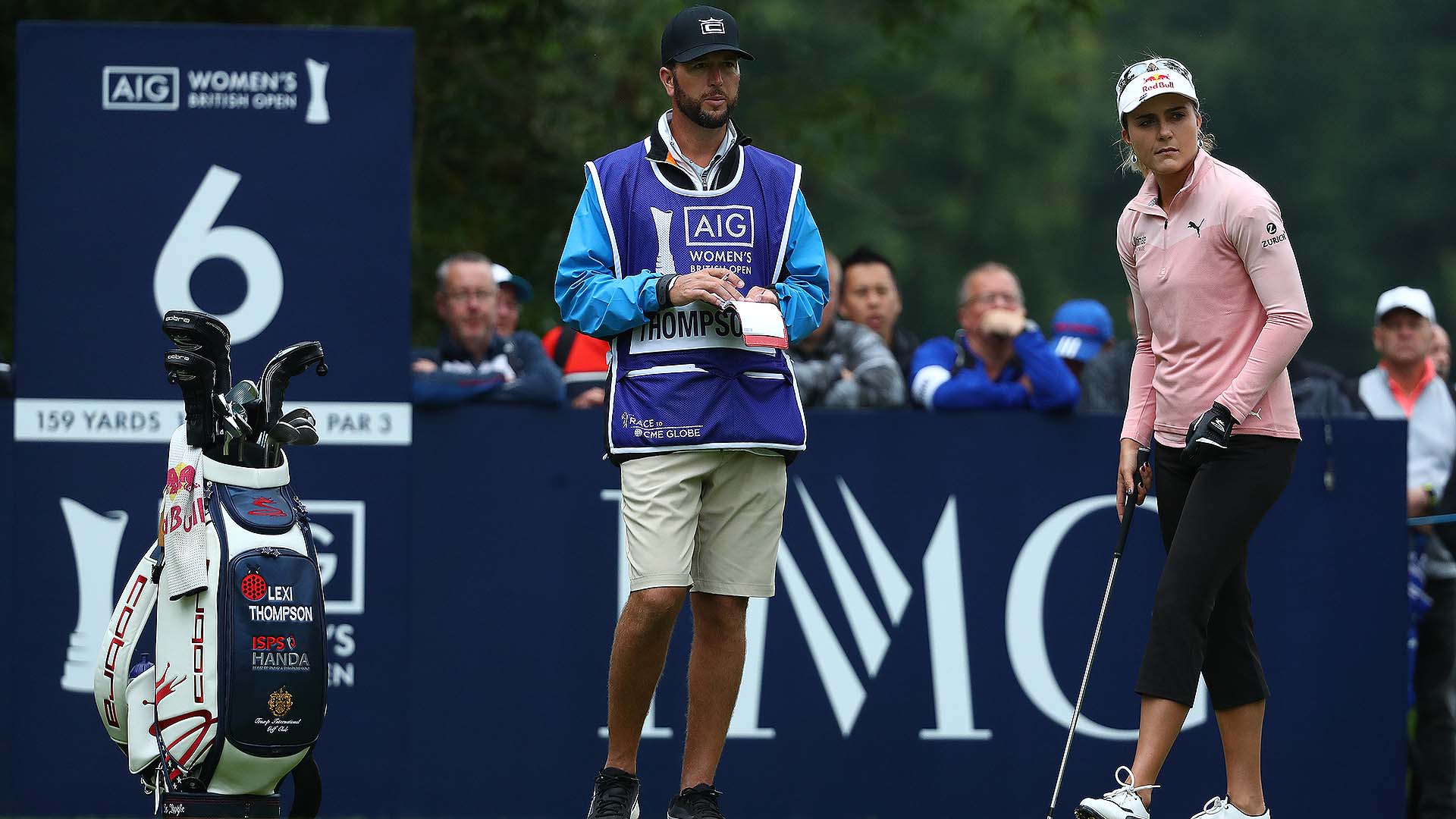 But if it wasn't for her very determined caddie, Lexi may have been stranded in France.

On Sunday after the Evian Championship, the 11-time LPGA winner accidentally misplaced her passport, sending it in a bag  – along with the golf bags of 37 other players – on a truck to Woburn Golf Club.

Thompson was able to convince the transport driver to stop and wait – delaying the arrival of everyone's equipment by five to six hours – while she sent her caddie, Benji Thompson (no relation), in a taxi to meet him.

In an email to The Caddie Network, Thompson (the caddie) detailed his journey to retrieve the passport, and it's safe to say Thompson is earning every penny Lexi is paying him, and then some.

My flight was at 7:20 a.m. on Monday, and the 5:15 a.m. shuttle bus was picking me and my caddie buddies up. After speaking with the front desk and a cab driver, and making sure they took American Express, I was on my way around 10:45 p.m. Sunday night. I knew I wasn’t going to get much sleep and my only thought as a caddie was, “my player needs me and I’m going to do whatever it takes to get the job done.”

I had my GPS going as well as the cab driver’s. The driver was driving fast for me to get there and return quickly. He was doing great until about 3 miles away from our destination. I told him we needed to go to the right, and he insisted we go to the left. He got aggravated with me (trying to give him directions) and in another language, he yelled at me! I figured at that time it was best to just sit back and let him do his job. I could absolutely tell we were going in the wrong direction and had to sit back and just let it happen. After 20 minutes of him going the wrong way, looking at my phone texting with my wife (her thinking I’m getting kidnapped), Lexi and Scott helping with location of driver and van, curving roads and about to puke, he decided to ask for my help! We got turned around and finally made it to the gas station where Ian, the van driver, was parked. Our 28-mile drive had turned into about an hour and a half after we left the hotel.

After sifting through all of the bags, Thompson helped re-pack the van and sent the driver on his way, a task that sounds easier than it was ... a lot easier.

Once I got about 30-40 bags out, I saw Lexi’s on the bottom, and cha-ching! I knew where the passports were and was able to dig down and get them out. I made sure I had both of them and put them in my pocket.

Now is when the fun started… Every one of those heavy bags I removed I had to put back. They had to be packed very tight and there is a certain way for all this to fit. Somehow, I got all of the bags back in the van, and I still don’t know how I did it. Looking at all of it out on the ground I was telling myself there is a way and just kept plugging. When I finished, it took the cab driver and Ian holding the bags and me sliding the door to make it close.

Finally, I’ve got the passports, all packed up and headed back with the cab driver. We made it back to my hotel in about 45 minutes and it was now 1 a.m., and I couldn’t thank him enough for taking me and waiting while I did it. The cab fare cost $300 Swiss francs, which is pretty much the same as the dollar right now. I’m not worried… Lexi is getting that bill!

There's no telling what Lexi's week could've ended up looking like, but thanks to her caddie's persistence, she opened the Women's British Open on Thursday with a 1-under 71.

Click here for more of Thompson's mad dash to help out his boss from The Caddie Network.