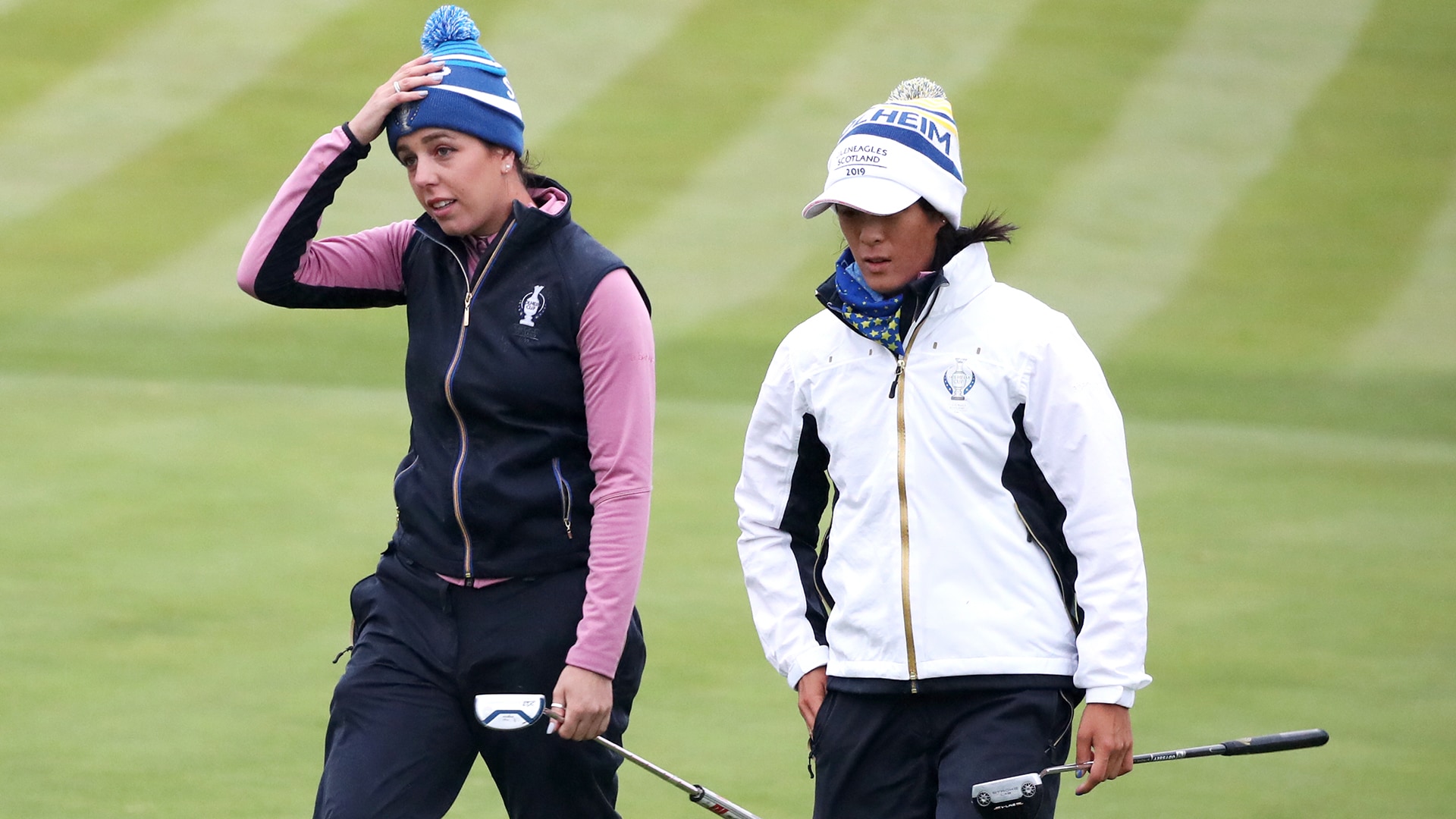 GLENEAGLES, Scotland – When you combine the last names of Georgia Hall and Celine Boutier, it’s not quite as catchy as 'Moliwood.' But the pair of European standouts had perfect weeks at the Solheim Cup.

Hall and Boutier each went 4-0 at Gleneagles, teaming up three times as near-perfect complements – twice in foursomes – and then coming from behind to nab their singles matches.

Hall notched a 2-and-1 victory over Lexi Thompson, who injured her back in her warmup Sunday. Thompson led 2 up after eight holes, but Hall started to make putts – and Thompson began to miss them.

Thompson missed short par attempts at Nos. 10 and 11, and Hall found herself 2 up after another Thompson par miss at the par-4 15th. Hall clinched the match with a brilliant up-and-down par at the par-3 17th.

“I played 33 holes [Saturday] and you saw the weather. I was pretty tired, but you go on adrenaline as well,” Hall said. “Lexi, she's absolutely an amazing player, so I had to kind of be switched on from the start. I'm very happy to have the win.”

Boutier, a rookie, beat Annie Park by the same score after a slow start. She double-bogeyed the first hole and fell 2 down after four holes. But she was able to square the match after seven despite not making a bogey.

“It's unreal,” Boutier said. “I mean I would have never expected to do so well, but I had a great partner in the doubles with Georgia, and then today I just tried to focus on my game. And after that me and Annie both played very well and steady all day. We just have to make birdies to win holes. And that's the kind of golf we like to play, so it was a very good round, and kind of an incredible experience, four points for the European team.”