Thompson tweaks back in Sunday warmup at Solheim 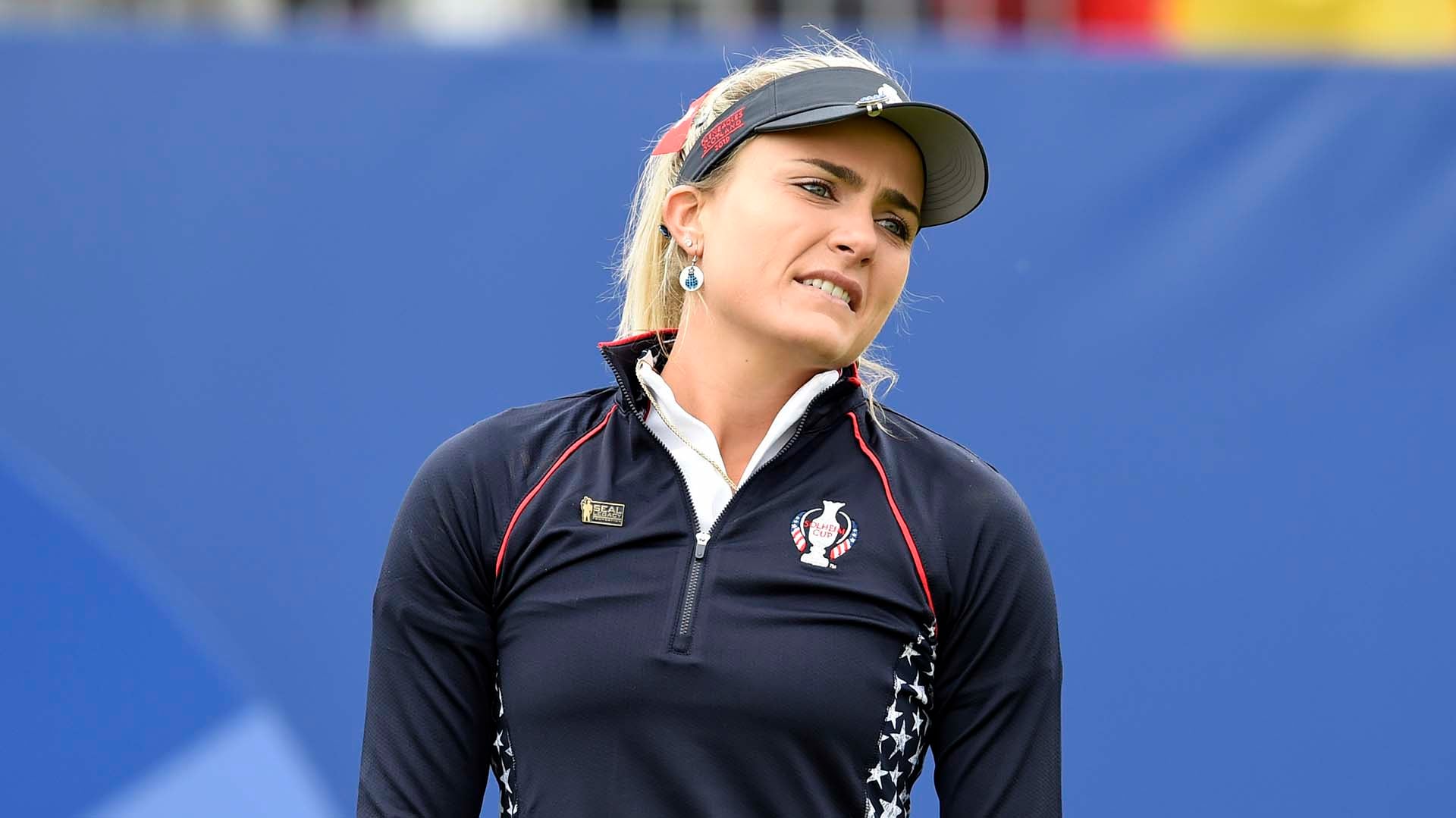 GLENEAGLES, Scotland – If Lexi Thompson is going to win her singles match and earn her first full point of this Solheim Cup, she’s going to have to battle more than opponent Georgia Hall.

According to Golf Channel’s Jerry Foltz, Thompson tweaked her back on the range Sunday morning at Gleneagles. Thompson’s agent, Bobby Kreusler, told Golf Channel that Thompson’s back was in “full spasm,” adding that Thompson wasn’t sure if she’d be able to play – or finish.

Thompson was able to tee off in her 12:04 p.m. loca-time match, but caddie Benji Thompson had to tee the ball up for her. Lexi was noticeably uncomfortable as she bent down to read her birdie putt on the first hole, grabbing her back in the process.

However, Thompson did win the first hole against Hall with par and hit a long drive at the par-5 second to set up a hole-tying birdie.

Thompson played in three of the first four sessions, earning half-points in both fourball matches.