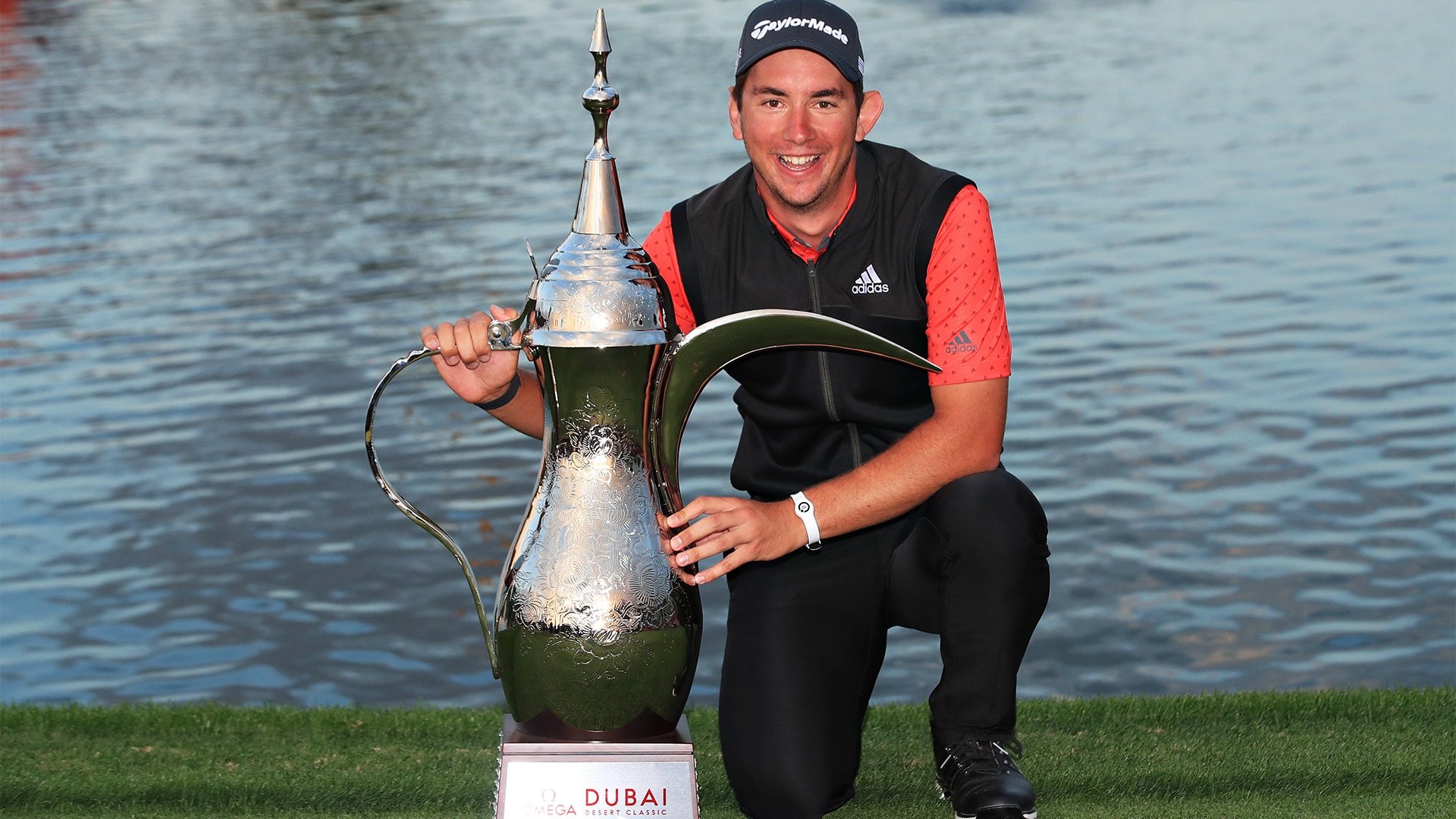 Lucas Herbert broke through for his first career victory as a pro in a dramatic playoff over Christiaan Bezuidenhout at the Omega Dubai Desert Classic.

Herbert, 24, birdied the second extra hole to clinch the title, minutes after he hit what he described as "maybe the worst shot I've ever hit in my life" on the first playoff hole. That approach found the water, but Herbert stuffed a wedge from the drop zone to save par and then reached the par-5 green in two after he and Bezuidenhout returned to the tee.

"If you go back and watch any sort of winner's final nine holes, or final round or playoff holes, it's never like a perfect scenario," Herbert said. "Everyone will probably forget about that now that I've gotten it up and down and then won the tournament."

Herbert's victory comes one year after the Aussie was embroiled in a rules controversy at this same event for removing loose impediments with his club in a waste bunker. He finished T-7 that week and hadn't recorded a better worldwide finish since.

Bezuidenhout held sole possession of the lead as he played the final hole of regulation. But the South African believed he needed one more birdie, and his short wedge approach spun back off the green into the water. The subsequent bogey dropped him to 9 under and into a playoff with Herbert.

Herbert and Bezuidenhout both closed with rounds of 68, and both were beneficiaries of some struggles from the tournament leaders. Overnight leader Ashun Wu stumbled to a 5-over 77 and finished in sixth, while Victor Perez dropped from second place to 16th after a 79.

The highest-profile fade came from defending champ Bryson DeChambeau, who started the day two shots off the lead but had moved into a tie for first after playing his first 14 holes in even par. But that was where his title defense derailed, as he finished with four straight bogeys to drop into a tie for eighth place at 5 under after a closing 76.