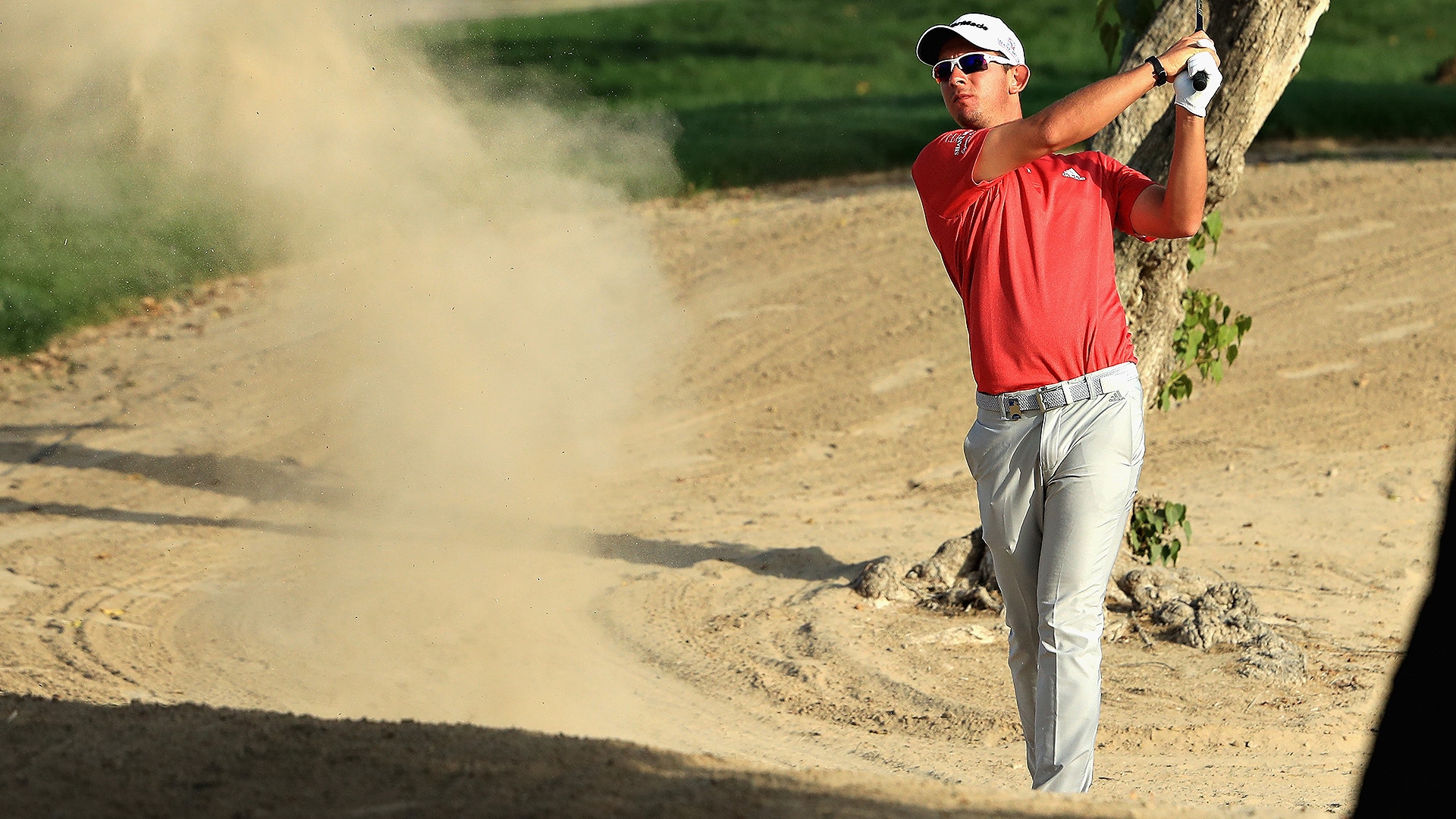 Haotong Li wasn't the only player who ran afoul of the new rules during the Omega Dubai Desert Classic.

While Li's penalty for alignment aid from his caddie had many pros talking days after the final round, Lucas Herbert also contended despite receiving a two-shot penalty. Herbert's issue came on the third hole of the third round, when cameras caught him improving his lie in a bunker. The move drew the ire of former European Tour pro Gary Evans, who tweeted a video of the infraction:

Herbert was attempting to utilize the new rule introduced this month that allows players to ground their club and remove loose impediments in the sand. But a two-shot penalty remains in effect if players are deemed to have improved their lie or tested the surface of the sand, which Herbert was. After holding a share of the 36-hole lead, Herbert fell back with a third-round 72 that included the penalty but bounced back with a closing 69 to tie for seventh.

While he remained quiet about the incident at the time, Herbert opted to share his side of the story in an interview this week with the Inside the Ropes podcast. According to Herbert, the move to swipe away loose impediments was "more of a visual thing" and, in his view, too far behind his ball to have affected the actual lie.

Herbert admitted that in hindsight he wished he would have used his hand or a tee, rather than his club, to pick up or brush away the impediments - especially knowing that there were multiple cameras nearby. But he understood the need for the penalty and hopes his actions won't have repercussions beyond the Dubai desert.

"The issue is the gray area of the rules. It was too close to the swing," he said. "It was to the point of, we needed to take the penalty because it was sort of the right thing to do in the end. I didn't want to be labeled as someone who doesn't play the game fairly."