Pettersen's response to Kang: Going to 'step on their necks' 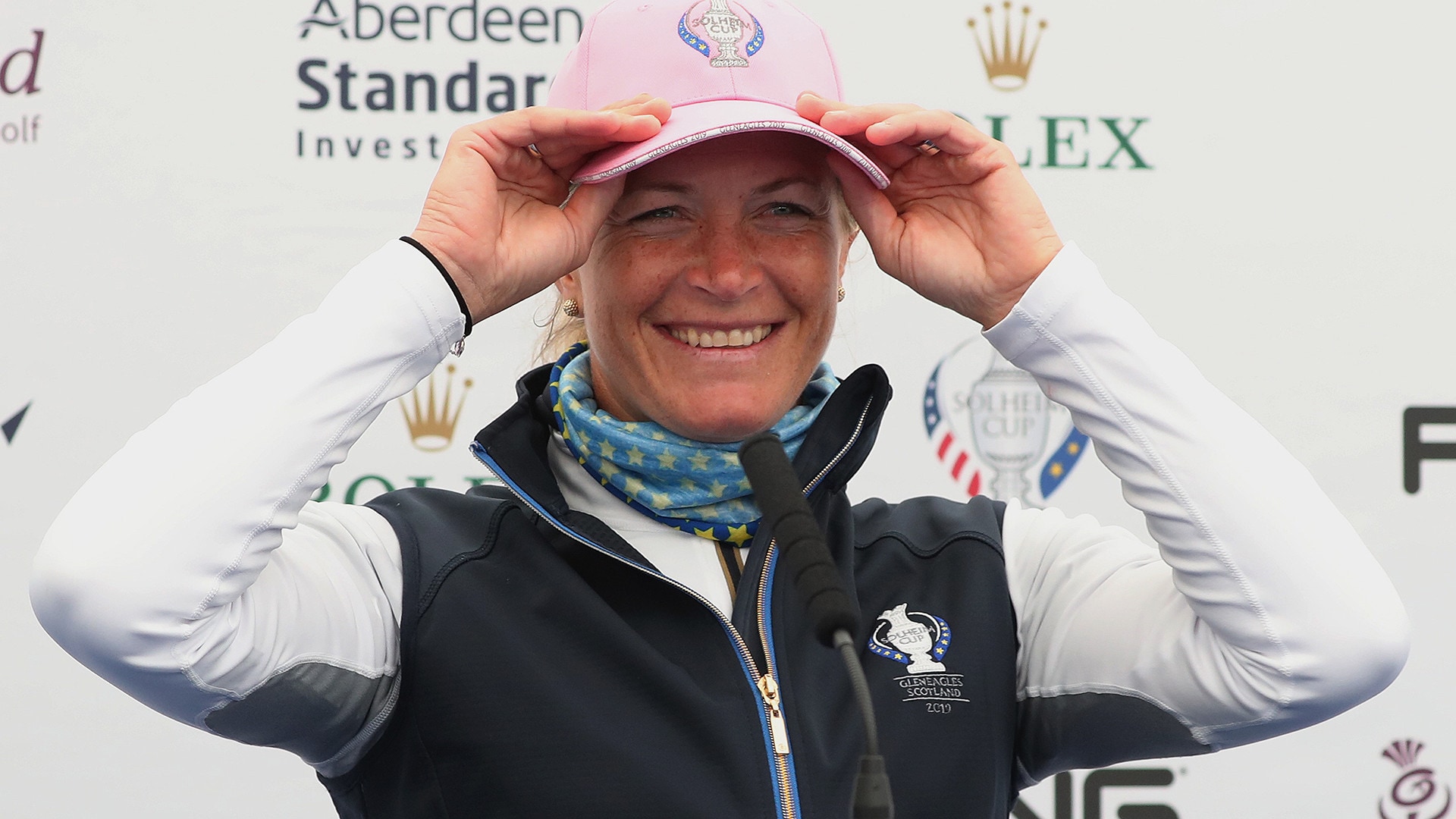 GLENEAGLES, Scotland – So what did the European players think hearing American Danielle Kang say the Solheim Cup was all about wanting to “take souls,” make opponents cry and “just crush” the other team because “that’s the fun of it.”

Suzann Pettersen smiled playfully when asked about it in Thursday’s news conference on the eve of the matches.

“We’re just going to step on their necks,” she said.

Her line was delivered in apparent good humor, though we’ll all find out Sunday with what level of sincerity it might also have been delivered.

Jodi Ewart Shadoff said Kang did get the Europeans talking.

“I think it’s just extra motivation for us, really,” Shadoff said. “I don’t think there will be any tears on our team, just of happiness.”

The Americans are trying to win their third consecutive Solheim Cup.

Kang was 3-1 as a rookie in the American rout in Iowa two years ago.