Kang's bold approach fires up Europe ahead of Solheim Cup 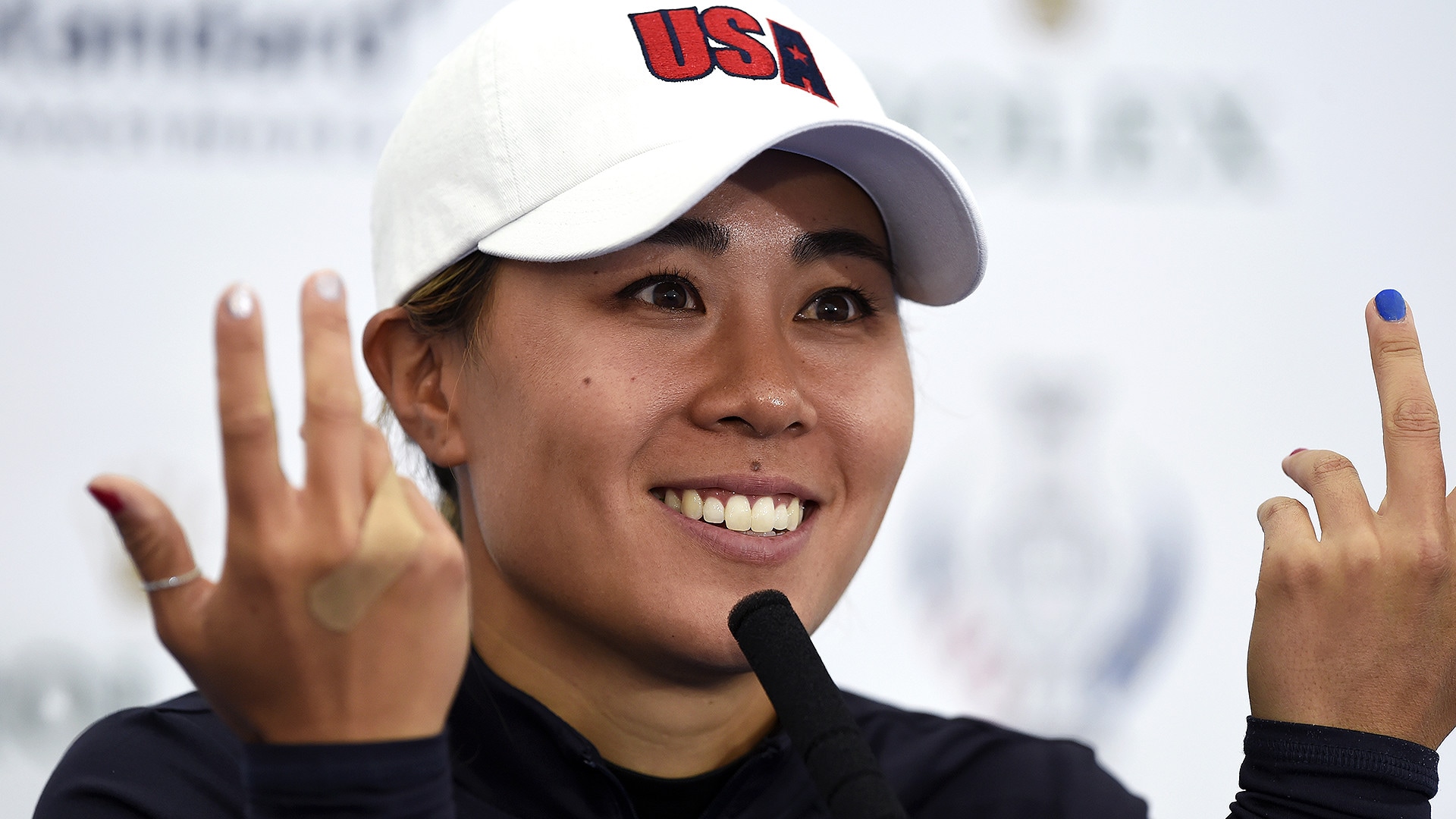 GLENEAGLES, Scotland – Danielle Kang made an entertaining rookie debut at the Solheim Cup in Iowa two years ago.

She sang, she danced, and she buried putts from all over the place winning three of her four matches while helping the Americans rout the Europeans.

Kang relishes attention. She said that during her debut.

But will she curb her flamboyance on the road, in Scotland?

“I hear that I’m going to be booed,” Kang said after a practice round Wednesday at Gleneagles.

Kang later said she was joking about that, but she did say she won’t be curbing her enthusiasm for the format.

“I'm loud, whether I'm in Nevada or in Scotland,” Kang said. “I don't think I change, no matter where I am.

"You're trying to take souls,” Kang said in that podcast. “You're going there to make people cry at this point, just crush the other team. That's the fun of it."

The Telegraph’s James Corrigan summed up the perspective more than one Brit writer expressed afterward in his story.

“There can be no doubt who intends to play the pantomime villain at the Solheim Cup here this week,” he wrote.

“Danielle Kang is taking no prisoners in this week’s Solheim Cup,” the site’s Michael McEwan wrote.

Kang, 26, a two-time LPGA winner and major champion, likes the match-play format. She showed that winning the U.S. Women’s Amateur in 2010 and ’11.

So, about that booing.

A British reporter reminded Kang of the Scots’ reputation as knowledgeable fans with great respect for the game.

“It's definitely going to be a different vibe from Des Moines. I do know that. There will be more Europe chants than U.S.A. chants.”