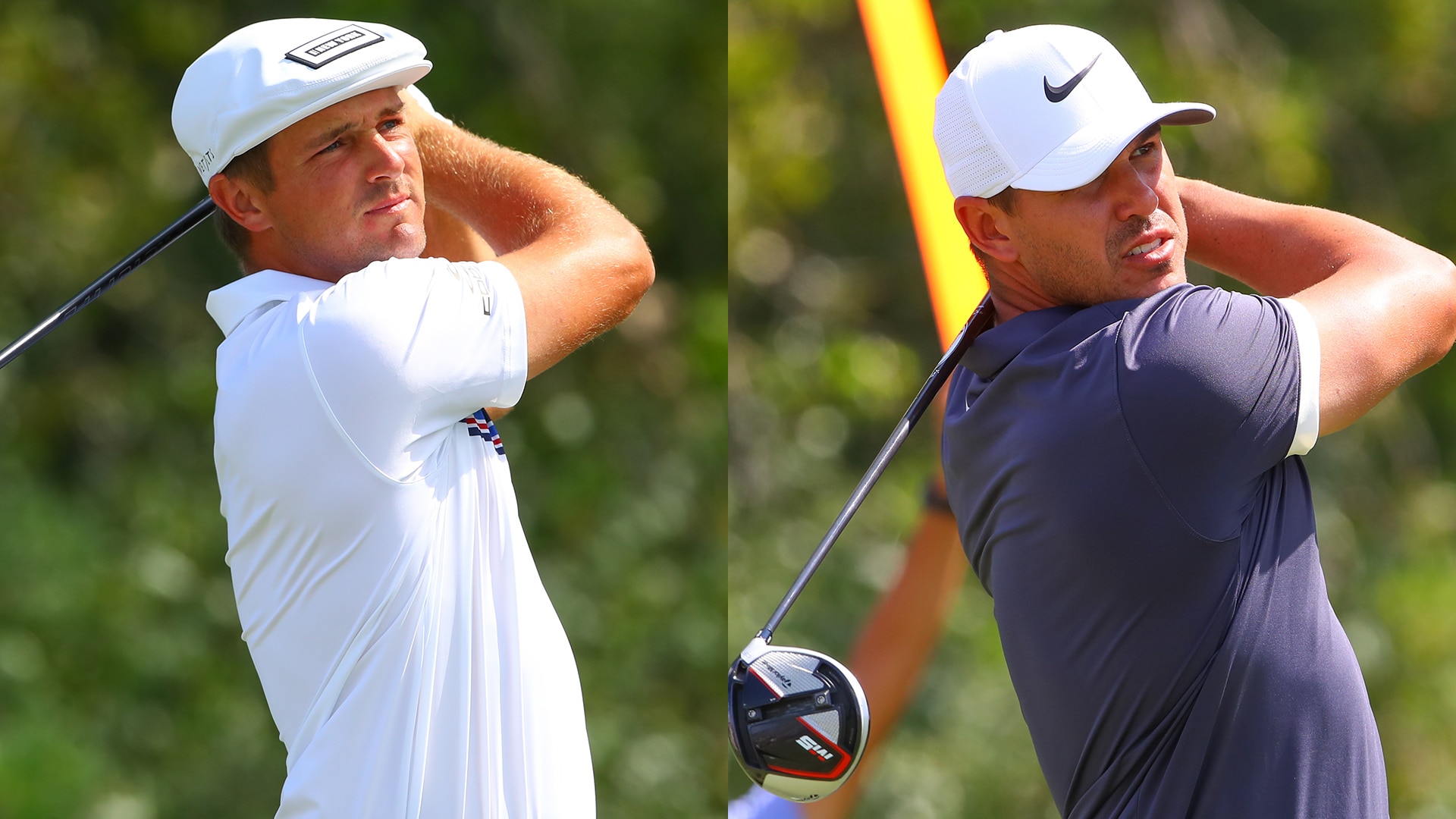 JERSEY CITY, N.J. – A day after making an impassioned defense of his pace of play, Bryson DeChambeau took his message to at least one high-profile opponent of slow play Sunday at The Northern Trust.

According to various sources, prior to his final round at Liberty National, DeChambeau told Brooks Koepka’s caddie Ricky Elliott that if Koepka had a problem with his pace of play he should tell him directly.

Before teeing off for the final round the two were spotted talking.

“I mentioned his name once. I don't think I've come at him. I just talked about slow play, and obviously he feels I'm talking about him every time,” said Koepka, who added that he hoped to continue the conversation later on Sunday. “It was fine. No issues.”

DeChambeau, who became the focus of the slow play conversation this week after a video surfaced of him taking more than two minutes to hit an 8-foot putt on Friday, said he was pleased with the conversation but didn’t think anything else needed to be said.

“[Koepka] said a lot of things about slow play out in the public, and you guys have asked him that and he has the right to say things just as I do,” DeChambeau said. “I have heard him talk about slow play before and he has mentioned my name before, and I just wanted to clear the air. He's got respect for me; I have respect for him. So, no issues.”

DeChambeau said he hadn’t spoken with any other players about this week’s slow-play debate but he did spend a good amount of time on social media Saturday evening explaining his side of the conversation to fans.

“Everybody says not to respond to people on social media, but I'm not about to let my reputation be known as a slow player,” he said. “I just don't appreciate that. I think it's unfortunate because people don't see what I do day-in and day-out, high-fiving the kids, saying thank you to the fans and volunteers out there, and they just look at all the negative stuff.”

Koepka, who publicly criticized DeChambeau for slow play earlier this season, added that it might help the situation if more players discussed pace of play candidly like he and DeChambeau.

“Everyone out here [is] probably a little bit more afraid of confrontation than in other sports. I think you see that,” Koepka said. “There's always been some confrontation on a team. Sometimes it helps and you figure out what the root of the problem is, and start working on it.”