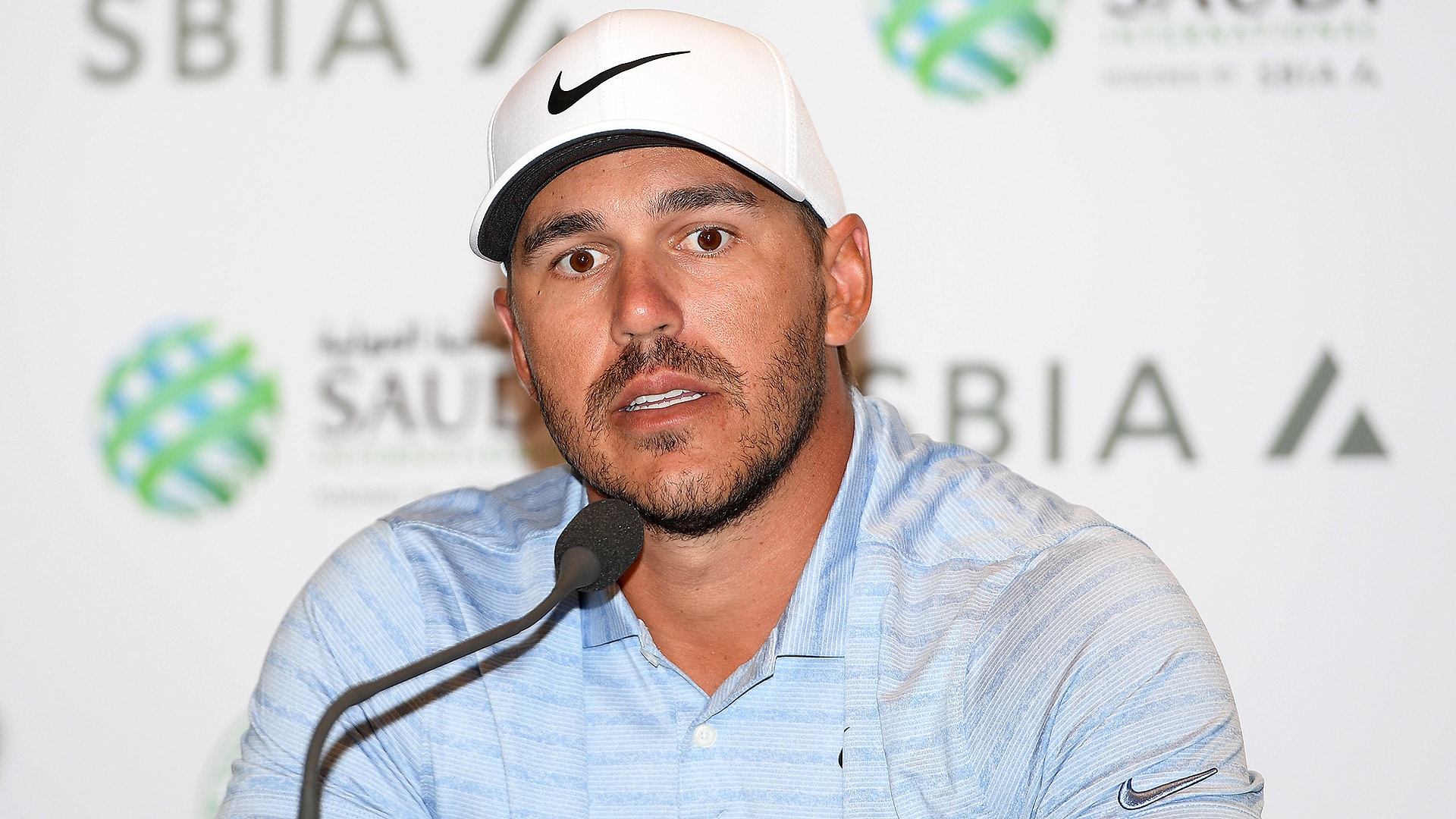 Professional golf is filled with players who range from quick to deliberate to downright slow. But don't lump Brooks Koepka in with that latter bunch.

The three-time major champ is in Saudi Arabia this week, but before teeing it up he spoke with the Golf Monthly podcast. Among the topics discussed was the scourge of slow play, one that picked up momentum last week following Bryson DeChambeau's victory in Dubai that included a European Tour-produced video of him factoring air density into his methodical pre-shot calculations down the stretch.

"I just don't understand how it takes a minute and 20 seconds, a minute and 15 seconds to hit a golf ball. It's not that hard," Koepka said. "It's always between two clubs. There's a miss short, there's a miss long. It really drives me nuts, especially when it's a long hitter because you know you've got two other guys, or at least one guy that's hitting before you, so you can do all your calculations. You should have your numbers."

DeChambeau will join Koepka in the field this week in Saudi Arabia, where four of the top five players in the world have gathered. He was asked about the Dubai video during a pre-tournament press conference and insisted that he and his caddie factor in all the necessary variables in the time allotted by the rules.

"It's actually quite impressive that we're able to get all that stuff done in 45 seconds; people don't realize that it's very difficult to do everything we do in 45 seconds," DeChambeau said. "I think that anybody that has issue with it, I understand, but we're playing for our livelihoods out here, and this is what we want to do."

Like DeChambeau, Koepka will be playing for his livelihood this week in the Middle East. But don't expect the reigning PGA Tour Player of the Year to start looking at air density figures anytime soon.

"If it's a calm day, there's no excuse," Koepka said. "Guys are already so slow, it's kind of embarrassing. I just don't get why you enforce some things and don't enforce others."