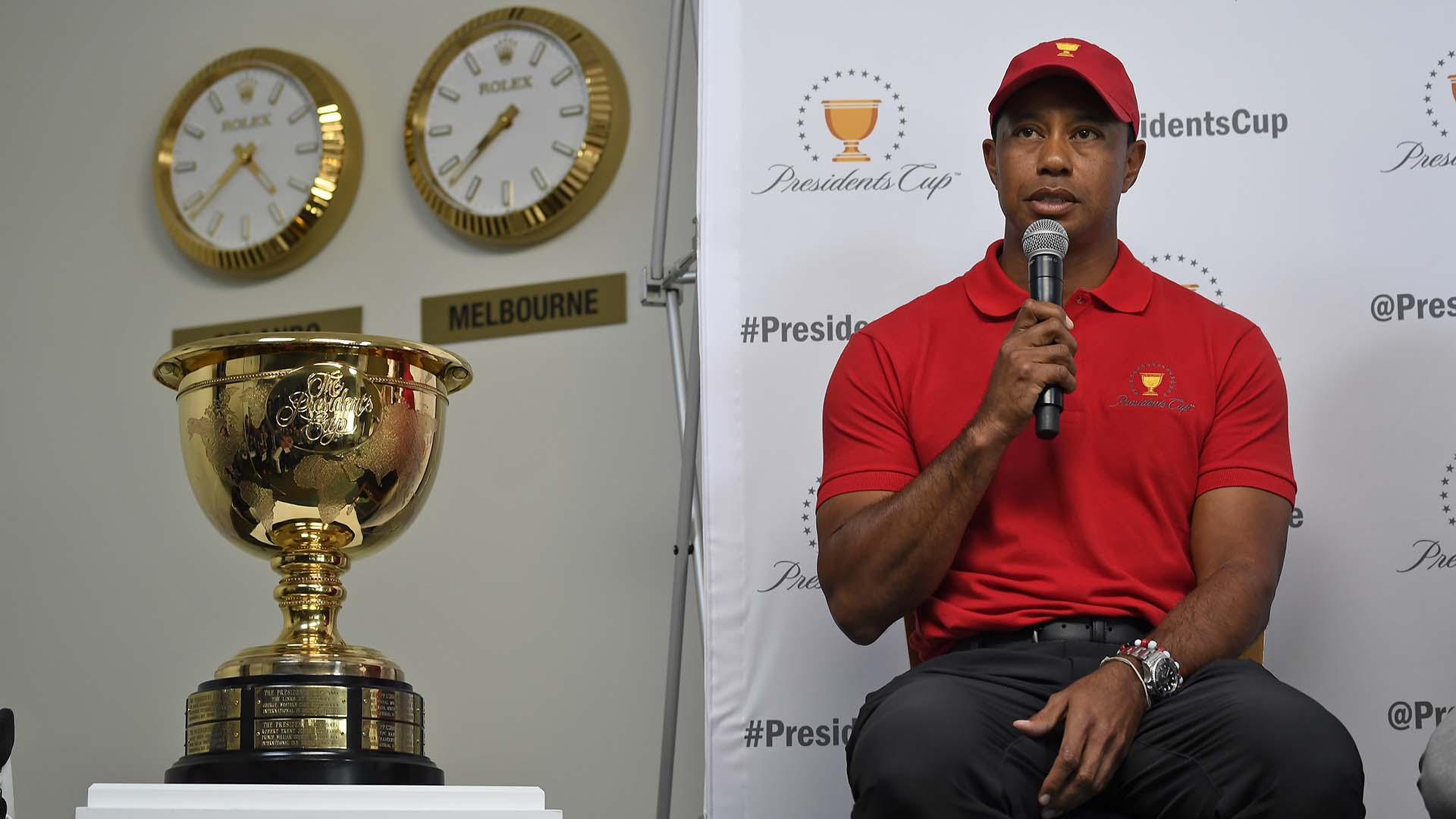 With the Presidents Cup a little over a month away, this week the rosters for both teams will be finalized with four captain’s picks each. International captain Ernie Els made his picks on Wednesday, while U.S. skipper Tiger Woods will announce his selections on Thursday.

We’ve already examined the candidates for Els, so let’s take a look at the roster of potential picks at Woods’ disposal. First, a reminder of the eight players who have already qualified for his U.S. team at Royal Melbourne (Note: an asterisk(*) denotes a Presidents Cup rookie):

Now a look at the candidates for Woods, starting with…

Tiger Woods: The captain has all the reason in the world to draw his own name out of the proverbial hat. While his momentum slowed this summer following his watershed win at the Masters, he reminded everyone last month at the Zozo Championship that he still has plenty of game. Woods’ analytical style could blossom on a course like Royal Melbourne, and his stable of assistants will allow him to split his focus between playing and leading without missing a beat. Expect a busy week from the PGA Tour’s new wins co-leader. 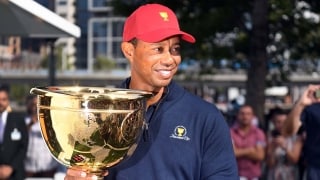 (Playing) Captain America: Woods doesn't have any choice but to pick himself

Tiger Woods quieted any concerns about his game and his health with his recent win in Japan, and there's little doubt that he should, and will, announce himself as a playing captain this year's Presidents Cup.

Gary Woodland: It’s tough to leave a reigning major champ at home, but Woodland’s U.S. Open triumph wasn’t enough to snag one of the eight automatic qualifying berths. His recent play, however, has moved him back to the top of the short list with a T-3 finish in Korea followed by a fifth-place showing in Japan (where he played the final two rounds alongside Woods). Woodland hasn’t represented the U.S. in a team competition before, but with the tantalizing prospect of pairing him with another long hitter like Koepka or Johnson in a team format, that could change next month.

Tony Finau: At No. 14 in the world, Finau is the highest-ranked American not already on the team and coming off a 2-1-0 Ryder Cup debut last year where he was one of only four Americans to leave Paris with a winning record. Finau recorded another winless but consistent season, notching six top-10 finishes including three over his final five starts. He started the new campaign with a T-9 finish in Las Vegas and, after narrowly missing out on automatic qualification, he’ll be tough to pass up.

Patrick Reed: Captain America had a Ryder Cup to forget last year while pairing alongside the current captain, but his overall match-play prowess speaks for itself. Reed has played in each of the last two Presidents Cups, including a 3-1-1 stint at Liberty National two years ago, and he captured a playoff event there in August. He’s come on strong in recent weeks, with top-20 results in his last four worldwide starts, and dating back to June he’s finished outside the top 25 just once in 13 events. It’s difficult to envision his fiery persona watching from home instead of shushing from inside the ropes.

Rickie Fowler: Fowler has been on every U.S. team since 2014, including a pair of Presidents Cups, and he seemed like a lock to make the squad after a spring that included a win in Phoenix and a runner-up at PGA National. But since then he’s fallen from seventh to 21st in the world rankings, and while he finished T-6 at Royal Portrush he has played only three events since and none since a middling finish at the Tour Championship. He’s had other things on his mind in that span (like getting married), but it remains to be seen if his past pedigree in team settings will be enough to warrant a pick over players who have put up more recent results.

Kevin Kisner: Kisner was undefeated two years ago in his Presidents Cup debut, memorably pairing with Phil Mickelson, and he cruised to a WGC-Match Play win this spring in Austin. He hasn’t cracked the top 5 since, and two starts in Asia didn’t produce noteworthy results, but Kisner still finished T-9 in the season-ending Tour Championship and would undoubtedly help keep the team room loose.

Jordan Spieth: Somehow Spieth has tumbled to 42nd in the world rankings, and when Presidents Cup qualification ended he was sandwiched between Jason Kokrak and J.T. Poston in the U.S. standings. It was a season to forget for the three-time major champ, and any gains he appeared to make at the CJ Cup (T-8) last month didn’t transfer to his next two starts in Asia. It may seem like a longshot, but there are few players who can match Spieth’s game when he’s firing on all cylinders, and the match-play format could be especially conducive to a player who tends to make both birdies and bogeys in abundance.