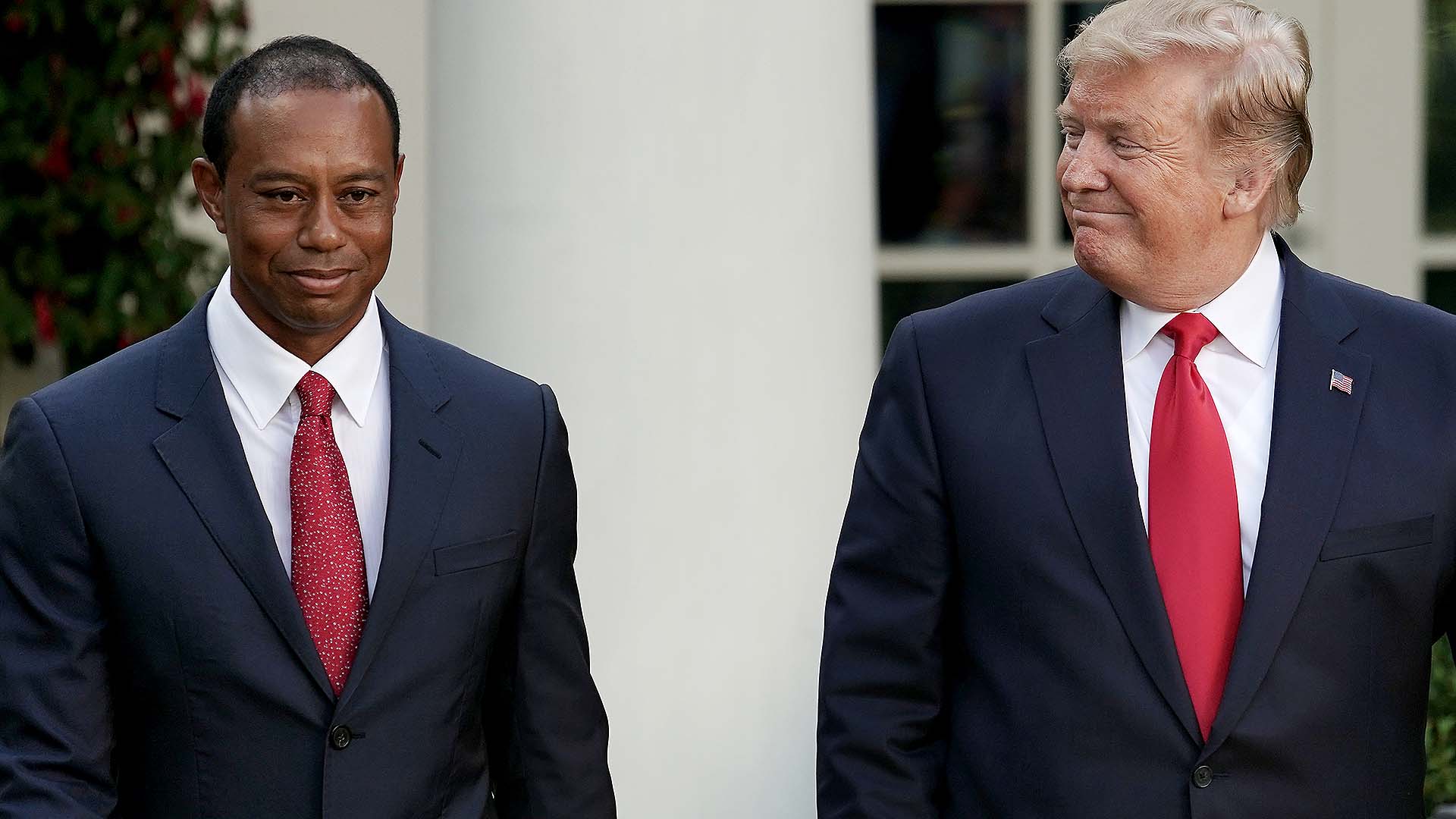 President Donald Trump was busy attending Game 5 of the World Series on Sunday night, so he may not have gotten to watch Tiger Woods put the finishing touches on his historic 82nd PGA Tour victory live, but he did congratulate the Zozo champion on Twitter Monday.

Since being elected president, Trump has teed it up with Woods on several occasions and kept an eye on his return from injury.

About a month after Tiger completed his historic comeback at the Masters in April, Trump awarded him the Presidential Medal of Freedom, calling him a "global symbol of American excellence, devotion and drive."