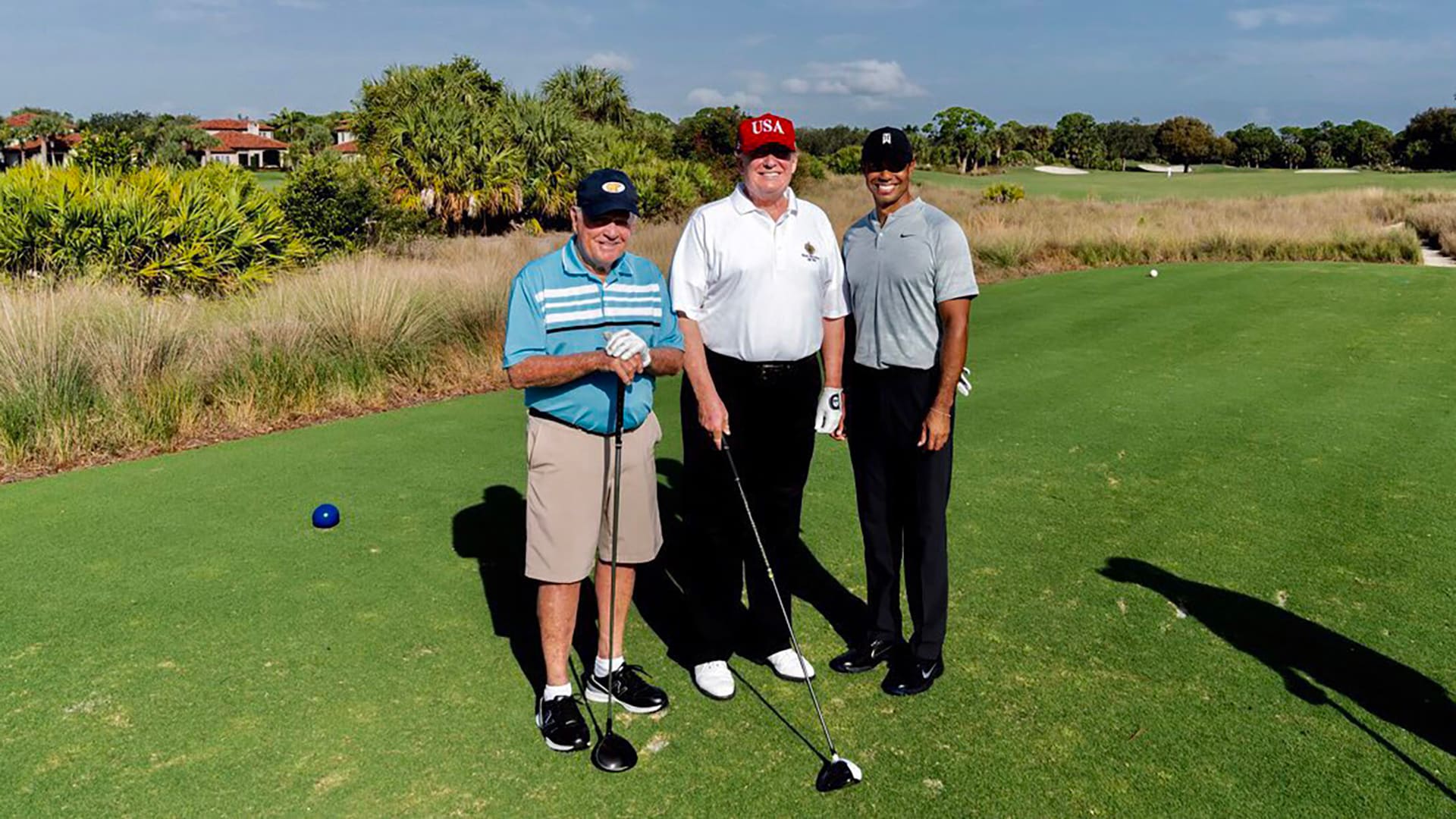 @realDonaldTrump
Jack Nicklaus and Tiger Woods played with Donald Trump on Feb. 2, 2019 at his club in Jupiter, Florida.  -

JUPITER, Fla. – The White House says President Donald Trump is hitting the links at his Florida club with Jack Nicklaus and Tiger Woods.

Trump arrived at his private club in sunny Jupiter on Saturday morning after he escaped the bitter cold and snow in Washington a day earlier.

The weekend trip is Trump's first to his Florida home and properties since Thanksgiving. The president had limited his travel during a record, 35-day shutdown of a large portion of the federal government. Trump ended the shutdown last week.

Both Nicklaus and Woods are regular golf partners for Trump. According to the club's website, Nicklaus designed its 18-hole course.

Reporters traveling with Trump last saw the president when he exited Air Force One in Florida on Friday night.