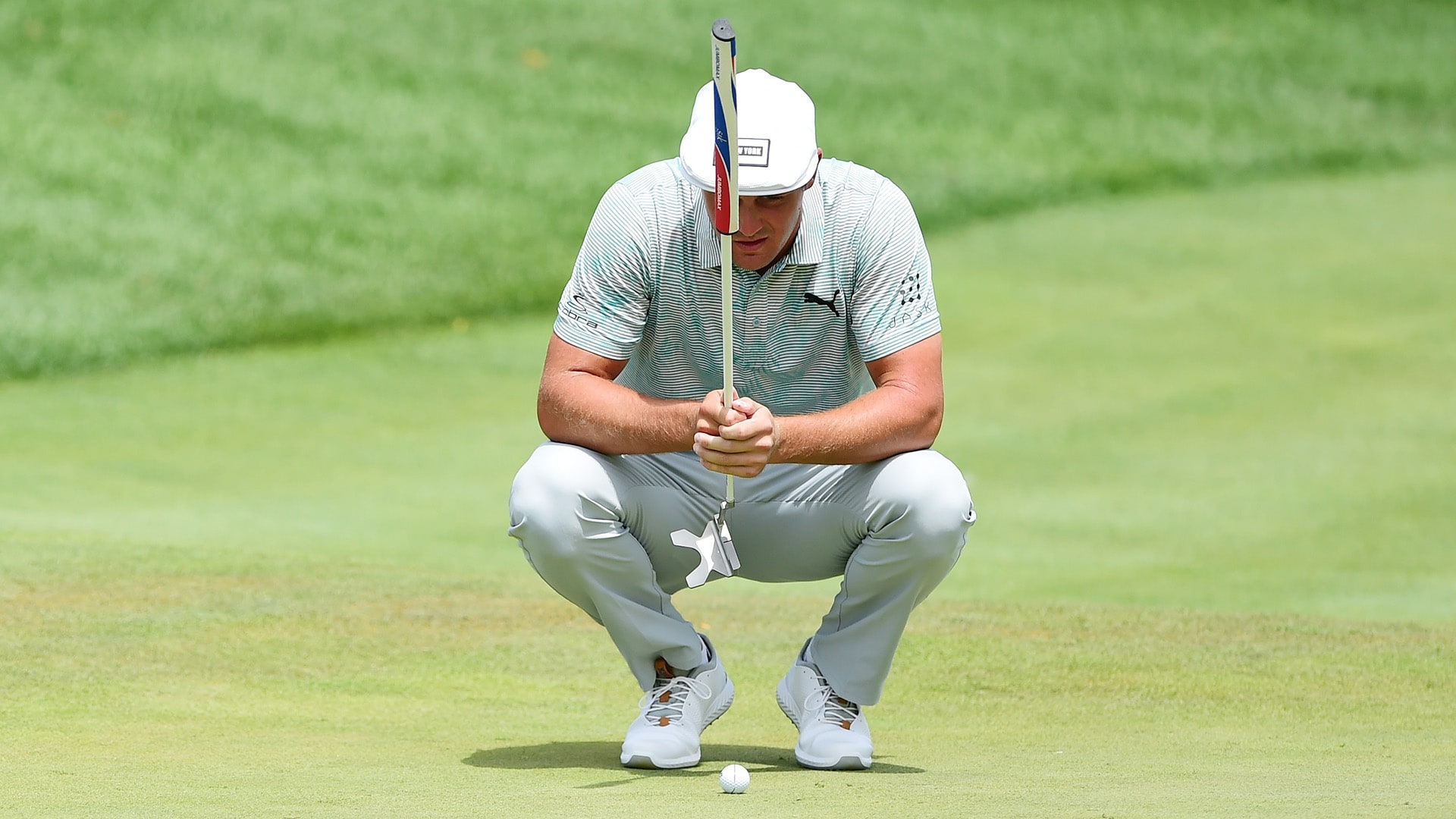 Responding to what it describes as "recent incidents about pace of play," the PGA Tour has announced plans to review its current pace-of-play policy, including the possibility of expanding fines and penalties to players in groups that are not out of position.

Pace of play has been a lingering issue on Tour this year, notably during J.B. Holmes' deliberate victory at Riviera in February. This week it was Bryson DeChambeau who was in the spotlight after a video went viral showing him taking 2 minutes and 20 seconds to hit an 8-foot putt during the second round of The Northern Trust.

The video sparked social media outrage that included input from fellow Tour players and caddies, and it seems to have led to some swift action in Ponte Vedra Beach. According to a statement released Sunday, the Tour hopes to leverage its proprietary Shotlink technology to create a comprehensive pace report for each Tour player.

"We know that the individual habits of players when they are preparing to hit a shot can quickly become a focal point in today's world, and our players and fans are very passionate about this issue," said Tyler Dennis, the Tour's chief of operations. "We are currently in the process of reviewing this aspect of pace of play and asking ourselves, 'Is there a better way to do it?' We think technology definitely plays a key role in all of this and we are thinking about new and innovative ways to use it to address these situations."

At root is the issue that DeChambeau's much-discussed putt would not, on its own, merit a penalty under the Tour's current guidelines. To incur a penalty, a player's group must first be deemed to be out of position. At that point, an individual would receive a warning the first time he exceeded the allotted time limit (either 40 or 50 seconds), and would only be penalized for a second such bad time.

The Tour doles out undisclosed fines beginning with a player's second bad time of the season, even if he didn't get penalized, and similar fines are handed out the 10th time a player's group has been deemed out of position in a season. But moving forward, the Tour "could consider adding" language aimed at cracking down on slow players even if their group is not out of position.

DeChambeau spoke out against his critics Saturday, reiterating his position that elements like how fast a player walks in between shots should also be factored when calculating individual pace of play.

"When people start talking to me about slow play and how I'm killing the game, I'm doing this and that to the game, that is complete and utter you-know-what," DeChambeau said.

Justin Thomas, who played with DeChambeau during the first two rounds in New Jersey, conceded, "I like Bryson as a person, but he's a slow golfer."

But the answer to the issue may not simply be expanded ShotLink data. Former world No. 1 Justin Rose added that aspects like increased crowd size and noise, as well as the amount of media members following a group inside the ropes, can have an adverse effect on any attempts to accurately gauge pace.

"The crowds are a lot bigger here and a lot more vocal, and there's a lot more movement and distraction, I think,which obviously creates the atmosphere that we want to play in front of," Rose said. "You can't have it both ways. You can't have it fun and rowdy out here yet expect guys to hit shots on a clock through situations where the environment isn't ready for them to play."

Correction: This story was edited to remove an erroneous reference to pace of play at this year's U.S. Open.