Bryson sure is passionate, but that doesn't mean he isn't slow 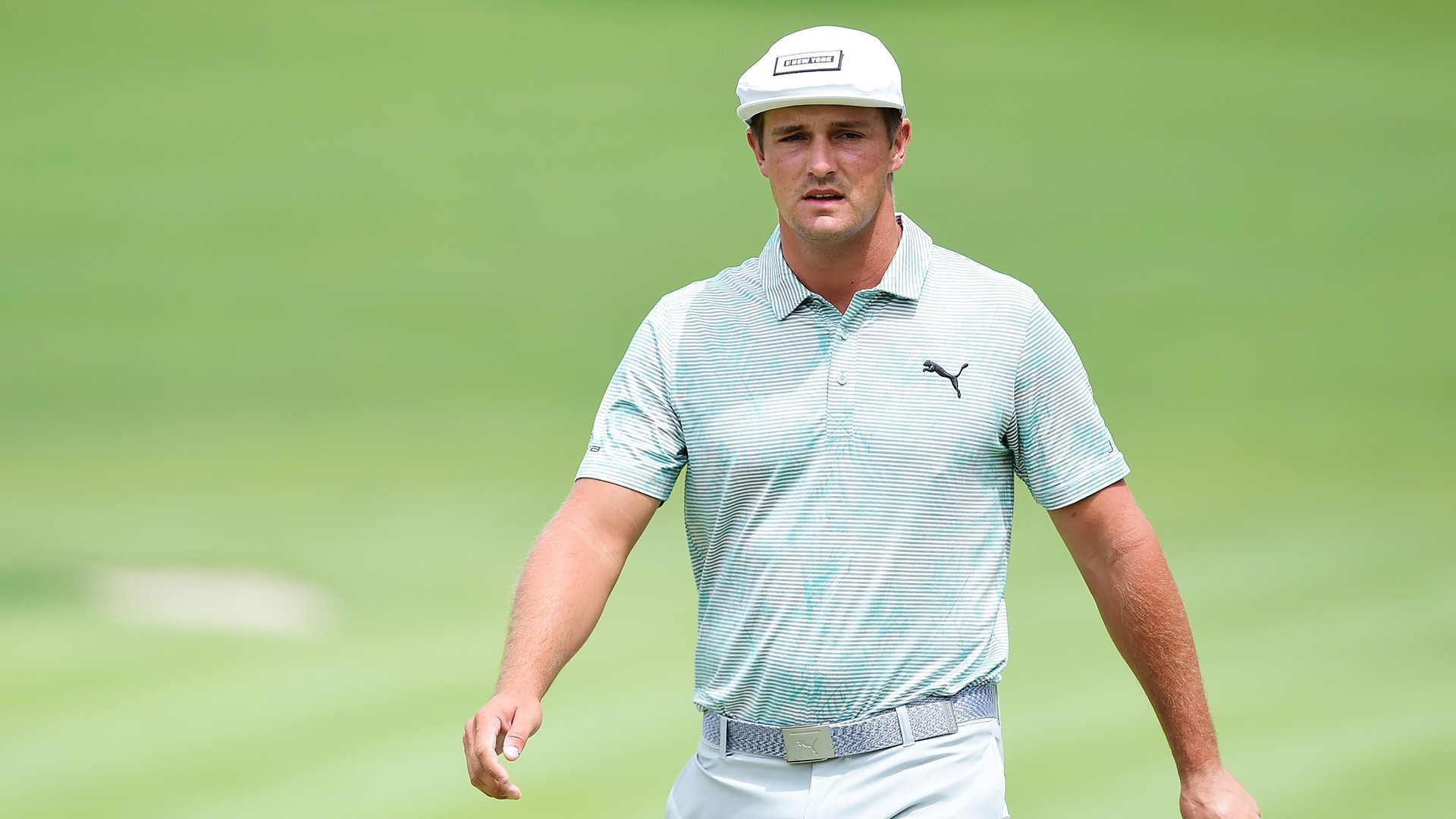 Let’s talk like adults with a modicum of perspective and leave the passion for those on social media. Let’s have a nuanced conversation without hyperbole.

If anyone can pull this off, it’s Bryson DeChambeau, right?

The PGA Tour’s mad scientist is celebrated for his ability to remain above the chaos and embrace logic. So ...

The emotion was evident the moment DeChambeau approached reporters following a third-round 71 at The Northern Trust that left him tied for 24th. The man known for his objectivity was angry and hurt and defensive.

Overnight, DeChambeau became public enemy No. 1 when a video of his play on Day 2 went viral. The limit for videos on Twitter is 140 seconds which is roughly how long it took DeChambeau to hit an 8-foot birdie putt on the eighth hole.

Given the golf world’s growing distaste for slow play, the reaction came quickly and from some unexpected circles.

Pepperell, who played 15 Tour events this season, was hardly the only player to call DeChambeau out for his languid pace on Friday, but the Englishman was a focal point for DeChambeau's anger.

DeChambeau explained in an extensive post-round interview that he felt as if he’d been “attacked,” and that it “wasn’t fair.” He also made his case, as only Bryson can, to prove he is not a slow player.

“When people start talking to me about slow play and how I'm killing the game, I'm doing this and that to the game, that is complete and utter you-know-what,” DeChambeau said.

He went on to explain that it’s the Tour’s pace of policy and not his own peculiar brand of golf that is the problem.

“[The Tour] defines it as the amount of time it takes to hit a shot. But the problem with that is that there's people walking and other people in the group that are walking to the next shot and there's other people that are getting numbers, right,” he said. “It takes them time to do stuff.”

He challenged reporters and anyone else with a stopwatch to time him during a round of golf and see for themselves. Sure, he conceded, there are times like Friday when he takes more than the allotted 40 seconds to hit a shot, but those occasions are rare.

“It’s maybe five percent of the time,” he said.

He also said he’s only been given a single bad time this year, during the Memorial tournament in June, which he continues to fight to this day.

As people do when they feel like they are being cornered and attacked, DeChambeau lashed out.

“Sure, Eddie Pepperell, not fair to say. I would love to speak to him personally and talk about it, because I played with him, actually, at WGC-Mexico. We can talk about that time that we played it in,” DeChambeau said.

DeChambeau was rightfully upset, and it’s impossible not to appreciate his passion on the subject.

It’s also impossible to ignore the obvious: Bryson is slow. He might not think he’s slow, but believing in something doesn’t make it real.

“I should have just said something to him in person. I didn’t say anything on social media,” said Justin Thomas, who was paired with DeChambeau for Rounds 1 and 2 at Liberty National. “I like Bryson as a person, but he’s a slow golfer. [There's] a lot of people I like that are just slow. They need to play faster.”

One thing Thomas and DeChambeau can agree on is that the Tour’s pace-of-play policy doesn’t work. The only evidence you need to prove that is 140 seconds of video showing Bryson missing an 8-footer for birdie at the eighth hole on Friday.

Perhaps Thomas should have said something to DeChambeau on Friday, when he paced off a 70-yard pitch shot that also angered the slow play police, but here's the problem: “It’s every hole. Pick a hole,” Thomas said.

DeChambeau understandably took his anger to work with him on Saturday, which probably isn’t a recipe for success, and explained that he wants to be part of the solution not the problem. As his soapbox momentum built, other groups started to filter through the interview area.

“We didn’t wait at all today,” offered Andrew Landry, who played in the group behind DeChambeau.

Another player watched from the back of the interview area. “Dude’s slow. It’s just the way it is,” the player shrugged.

For those making the accusations, there was no emotion or anger, just an unwavering acknowledgement of the facts. But for Bryson, this is understandably personal, and his desire to find a fix for slow play, whatever that might look like in his mind, is admirable. But if we’re really going to talk about slow play in a meaningful way, we’re going to need the detached mad scientist, not the passionate plodder.