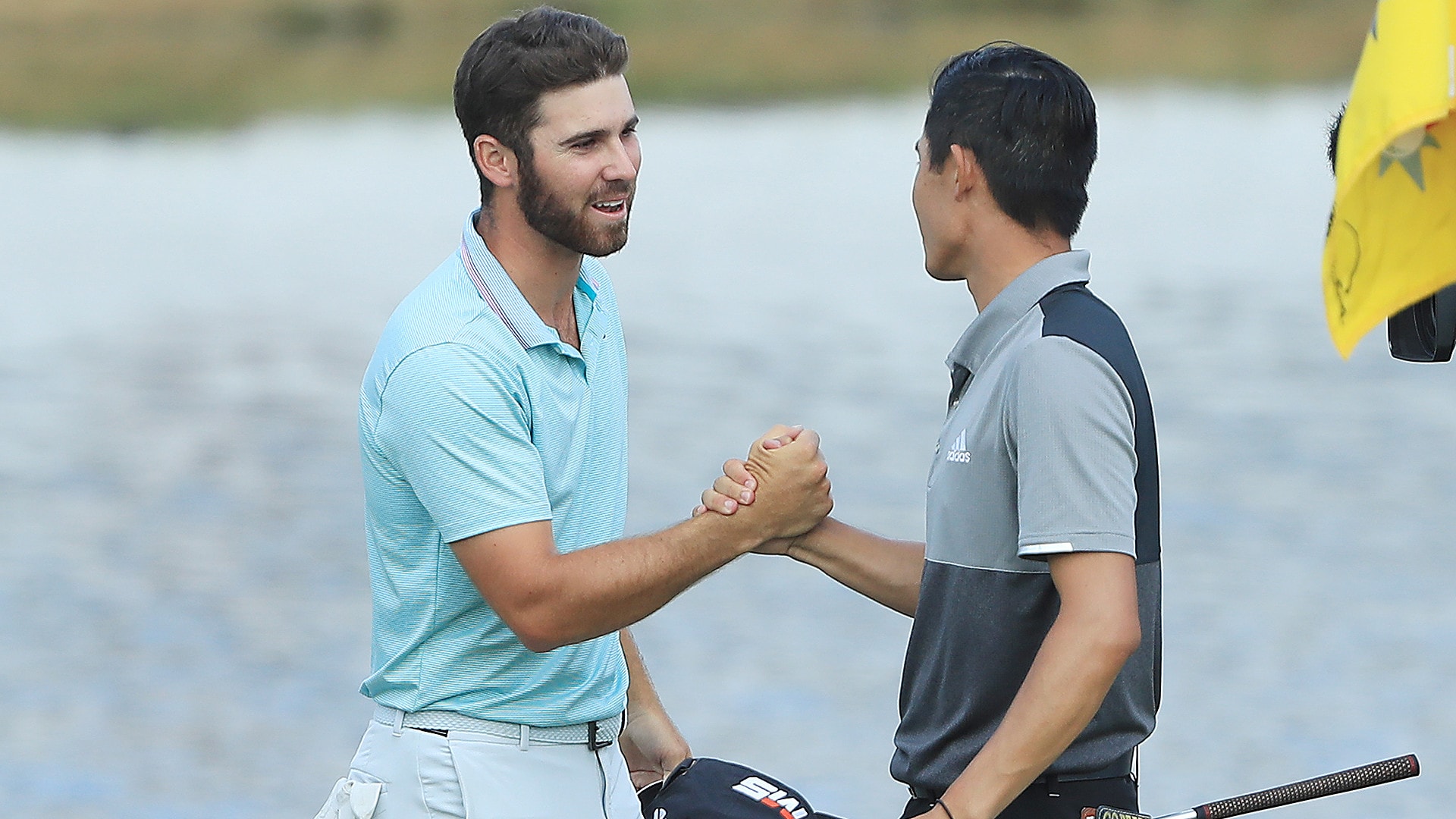 Matthew Wolff and Collin Morikawa usher in a new era onto Tour, shortly after the most recent 'new' era; Jon Rahm once again becomes a trendy major pick; and a 20-under performance got you a T-15 on the LPGA; these and more in this week's edition of Monday Scramble.

Every year, while growing up, there was a glut of highly touted prospects in the baseball-card world. Future Stars and Rated Rookies. It was a good idea to collect as many of them as you could. Most would end up being duds or average at best, but you just needed that one player to become a star. And that card would one day be worth millions of dollars and you could afford to spend your entire adult life in college.

This is what the pro golf world feels like. As amateurs get increased exposure, there are Can't Miss Kids and Superstars in the Making everywhere. And just like in the card game, performance will rarely match perception or potential.

But for all the Brad Komminsks and Tim Pyznarskis, and for all those who will have steady Wally Joyner-like careers, there will be the rare gem. Matthew Wolff would appear to fall into that latter category. So if you see a Wolff rookie card, might want to hang on to that one.

1. If you watched any of Wolff's collegiate career at Oklahoma State, or just read over his list of accomplishments, what happened this past week in Minnesota isn't much of a surprise. But it should be no-less impressive.

Wolff needed a sponsor's exemption to get into the field. He got that. And it proved to be the only thing handed to him.

He needed to overcome an eight-shot, 36-hole deficit. Did that by shooting a Saturday 62. He needed to beat fellow amateur stud Morikawa, head to head on Sunday. Did that, 65-66. He needed to defeat five-time Tour winner Bryson DeChambeau, with whom he also started the final round tied. Did that by making eagle on the 72nd hole. And now, after just three pro starts, he can play whenever and wherever he'd like on Tour.

2. In his post-victory news conference, Wolff shared with the media that his former assistant college coach, Donnie Darr, reminded him on Sunday morning that he had more wins in 2019 than anyone else in the field (six titles with OSU, including the NCAA individual championship). While many parents and coaches are focused on constantly elevating kids' level of competition, there is no substitute for winning – more so, learning how to win – at every level.

4. Don't overlook what Morikawa did on Sunday. In just his fifth event as a professional, the 22-year-old out of Cal-Berkeley got off to a wayward start in the final round. An inability to hit fairways resulted in two early bogeys and quickly turned a tie ball game into a four-shot deficit. But he played his final eight holes in 6 under, coming up one shot shy of playing competitor Wolff.

Morikawa collected enough non-member FedExCup points to earn Special Temporary Membership, which allows him to be able to accept unlimited sponsor invitations over the remainder of the season. He needs to finish the year equivalent to 125th on the list and would currently place 116th.  He also moves from 631st to 213th in the OWGR.

5. The way things are going, Wolff and Morikawa will be replaced by the "next generation" in about three years' time. Not too long ago, we were obsessed with the Class of 2011. Last year, Bryson DeChambeau was all the rage. Now, he's a 25-year-old who had to feel like a grizzled veteran at the 3M. Seeking his first Tour win since November, DeChambeau needed to eagle the par-5 18th to have any chance at the title and did just that. A playoff between he, Wolff and Morikawa would have been fascinating, but Wolff had no interest in that.


6. Over in Ireland, Jon Rahm made eight birdies and an eagle in the final round to win his second Dubai Duty Free Irish Open in three years. It was his fourth career European Tour title to go along with three official PGA Tour wins.

Well, that’s enough celebrating. Let's ponder Rahm’s fortunes about five hours north of Lahinch, at Royal Portrush. This most recent win bumped up Rahm’s Open odds to 16/1, but it’s still 50-50 as to whether he contends of exits early. In Rahm’s last seven majors starts, he has three top-4s and three missed cuts. Rahm has never fared better than T-44 at The Open. Then again, his first Irish Open victory came at Portstewart in Northern Ireland. So ... dunno.

7. Speaking of The Open, Brooks Koepka and Rory McIlroy are currently the co-bettering favorites, according to the Westgate Las Vegas SuperBook. Here's a full look at the current Open odds.

Shanshan Feng won her first event in two years at the Thornberry Creek Classic, finishing at 29 under par. It was the second-lowest 72-hole score in LPGA history, just two shots shy of the 31-under mark set at this event last year. Twenty-two players finished at 20 under or lower – 22!

But before you go bashing the LPGA about low scores, week in and week out, take a look at the average winning scores this season on the three primary tours, as well as the PGA Tour's developmental circuit.

On the PGA Tour, 15 of the 32 events [non-major, no match play, no team] contested this season have had a winning number of 20 under or lower. That's been the case in four of the 15 non-major LPGA seasonal tournaments. The Thornberry event is such an outlier on the LPGA, that the tour would rank behind the KFT in winning total if Feng had prevailed with a more normal 21- or 22-under score. So, while it may seem like it takes lights-out every week to win on the LPGA, you actually need to go lower far more often on the men's Stateside circuits.

It is What it is: In his final start before The Open, world No. 1 Koepka finished 65th at the 3M Open. Meh.

Get Better, Beef: Andrew "Beef" Johnston relayed in a first-person account on EuropeanTour.com that he has struggled with mental-health issues since his sudden surge of fame three years ago. But with a financee and a baby on the way, things are looking up.

Ramming the Ramparts: Why aren’t American women on the LPGA as good as the South Korean players? U.S. President Donald Trump would like to know, according to a quote from South Korean legend Se Ri Pak in the Yonhap News.

If Pak gave an answer, she didn’t divulge it to the newspaper. Some say it’s because of development. Some say it’s because of dedication. But if Americans need inspiration, just look back on the deeds of those brave women, the original Rosie the Riveters, who helped build the planes that lit up Cornwallis of Yorktown’s men. For without them, President Lincoln’s troops would never have prevailed in the French-Indian War. And Americans would be speaking English now.

Blown Fantasy Pick of the Week: Koepka. But you get what you deserve when you pick him at a non-major. 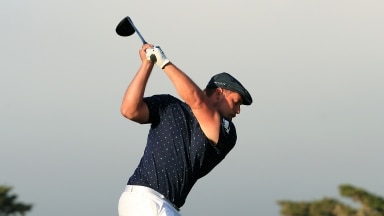 Bryson DeChambeau wowed golf fans with his long-drive performance. Will he ever take that all-out approach to a PGA Tour event?