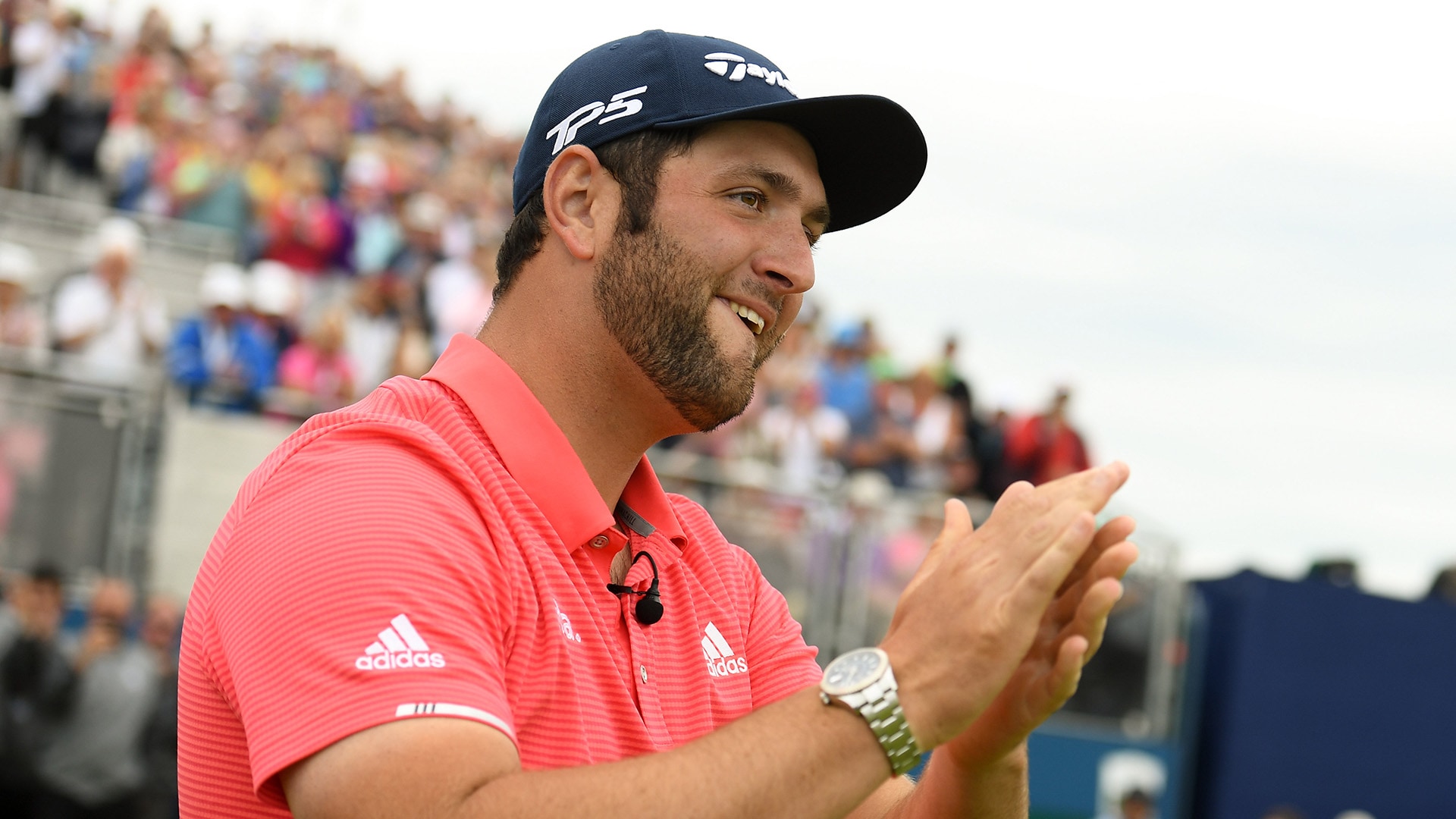 This month's Open presents more variables than most major championships in recent memory. Take the inherent unpredictability of links play, and add to it a course and a country that haven't hosted the tournament in nearly 70 years. While top players can recite every bump and undulation of Augusta National with striking detail, many of the biggest stars admitted in recent weeks that they've never even set foot on the grounds at Royal Portrush.

While those adjustments will assuredly be a factor in two weeks, one thing is certain: Jon Rahm will tee off the 148th Open as one of the clear favorites.

Rahm blitzed the field Sunday at the Dubai Duty Free Irish Open, roaring from five shots behind to win by three after firing an 8-under 62. Toiling near the middle of the pack for the first 45 holes of the tournament, the Spaniard turned Lahinch upside down over his final 27: more birdies (12) than pars (11), and as many eagles as bogeys (two apiece).

That'll usually get the job done, and it left little doubt about who was the best player this weekend along the Irish coast.

"My game was in great form. It just didn't show the first two days," Rahm told reporters. "I couldn't hole the putts, and the weekend was the complete opposite. The putts started rolling in from everywhere."

Since a T-9 finish at the Masters, Rahm has offered a classic example of feast-or-famine living. There was the team win with Ryan Palmer in New Orleans, Sunday's romp at Lahinch and a T-2 finish last week at Valderrama. He also finished T-3 at the U.S. Open, an admittedly deceptive result in which he was never truly a factor to win and still finished six shots off the pace.

In between there were missed cuts at Bethpage and Colonial, where frustration began to mount for the fiery 24-year-old. But he's now gone 3-2-1 in his last three worldwide starts, with all signs pointing to a continued peak extending across the border to Northern Ireland.

Of course, Rahm has been in this position before. It was just two years ago that he lapped the field when this event was held up the road at Portstewart, winning by six shots for his maiden European Tour triumph. That put him on the short list for Royal Birkdale, where his momentum stalled with a T-44 finish. But that actually stands as his best career result in three Open appearances, a clear weak spot in his major credentials given he has finished T-4 or better in each of the other three big events.


But Rahm's fortunes may change given he'll be back on the Emerald Isle later this month. There won't be a switch to English or Scottish terrain this time, as he'll look to lean on the positive memories both from this week and his breakout performance at Portstewart, which like Portrush sits in Northern Ireland.

"I love this tournament. I love this country," Rahm said. "I love the people, and I feel like I'm at home every time I come."

Rahm's betting odds for The Open, already behind only Brooks Koepka, Rory McIlroy, Tiger Woods and Dustin Johnson at the start of the week, are sure to dwindle. And given his propensity to produce jaw-dropping performances like the one he authored this weekend with some regularity, it seems inevitable that his name will someday soon find its way onto the vast, yellow leaderboards that have become the hallmark of the season's final major.

The likelihood of it happening this month, when the tournament will return to the island where Rahm's links play shines the brightest, just went up considerably.