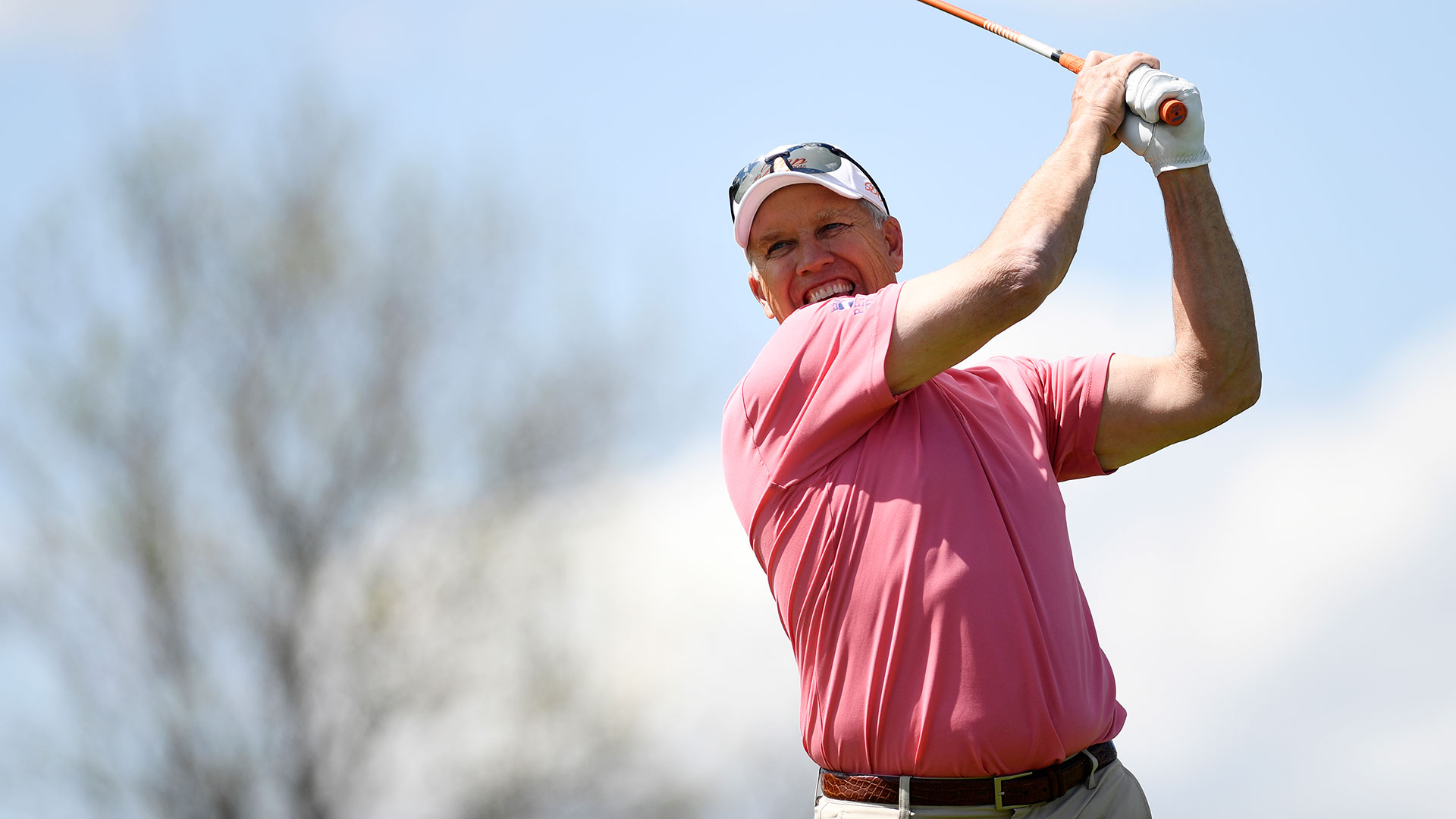 COLORADO SPRINGS, Colo. – John Elway will still be a part of the 2018 U.S. Senior Open . He just won't be playing alongside the likes of defending champion Kenny Perry.

The Broadmoor's notoriously knotty east course got the best of Elway in his Memorial Day attempt to qualify for the 39th Open championship, where he'll serve as the tournament's honorary chairman next month.

Playing Monday for one of two qualifying spots, Elway, who is a 1.4-handicap golfer, shot a 10-over 80 on a drizzly and cool afternoon on the dazzling but demanding course. That left him tied for 18th.

Elway acknowledged that pulling double duty at the Open next month was a pipe dream but cherished his round nonetheless.

Elway remained upbeat even after bogeying two of his last three holes following a 75-minute rain and lightning delay.

''It's good for me to play in these conditions,'' he reasoned. ''It makes me a better player.''

Elway started off strong but a double-bogey on the ninth hole sent him sliding down the leaderboard, where only one golfer broke par - Doug Rohrbaugh, an instructor at Snowmass, Colorado, shot a 1-under 69 to qualify for his fourth Open. Rohrbaugh also has NFL bloodlines: His uncle, John Meyers, was a defensive tackle for the Cowboys and Eagles in the 1960s.

Chris Johnson, of Castle Rock, Colorado, was the other qualifier, shooting a 2-over 72.

Elway's long-shot hopes began to fade when he put a ball into the water and then missed a short putt on No. 9.

''I was actually playing probably as good as I can play," Elway said .

His goal, he said, was to break 80, but the delay didn't do him any favors.

The hour and 15-minute delay wasn't ideal for a man who celebrates his 58th birthday when the Open begins on June 28.

''I'm afraid to sit down, I'll get too stiff,'' Elway said as he signed golf balls and some of the No. 7 jerseys that dotted the 200 or so members of his gallery during the weather delay.

This marked just the fourth time the championship course also served as a sectional qualifying site.

Elway, who won two Super Bowls during his Hall of Fame playing career and another as the Denver Broncos' general manager, took up golf during the springs of playing career and refined his game after retiring in 1999. But he hasn't had as much time to work on his game since moving into the Broncos' front office in 2010.

His golf resume includes two Colorado Senior Open appearances, and he is past president of Cherry Hills Country Club in Denver.

With its always unnerving setups, the Open is already considered the toughest challenge in senior golf. Add in the nearly 6,500-foot altitude and the unforgiving rough and ''it's not going to be a birdie fest,'' Perry, the defending champ, said after getting in a practice round on the east course three weeks ago.

''It tests the player in every facet of this game. I think it's going to be a great championship. It's going to be tough and you're going to see a lot of guys struggling out there,'' Perry said.

Perry said during a recent visit to Broncos headquarters that Elway had his work cut out for him going from front office to the fairways.

''That course is going to test him mentally. He's been in the draft room getting ready for the season. He hasn't been practicing or preparing,'' Perry said. ''Just like anything you do, if you don't practice or prepare, it's hard to be successful.''

''He's right, it's difficult,'' Elway said. ''But like I said, it's always fun for me to get to play in these conditions. Plus, when you play these, you realize how good those guys are.'' 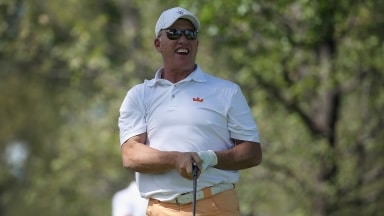 John Elway has been named the honorary chairman of the 39th U.S. Senior Open, which will be held at the Broadmoor Golf Club in Colorado Springs in 2018.