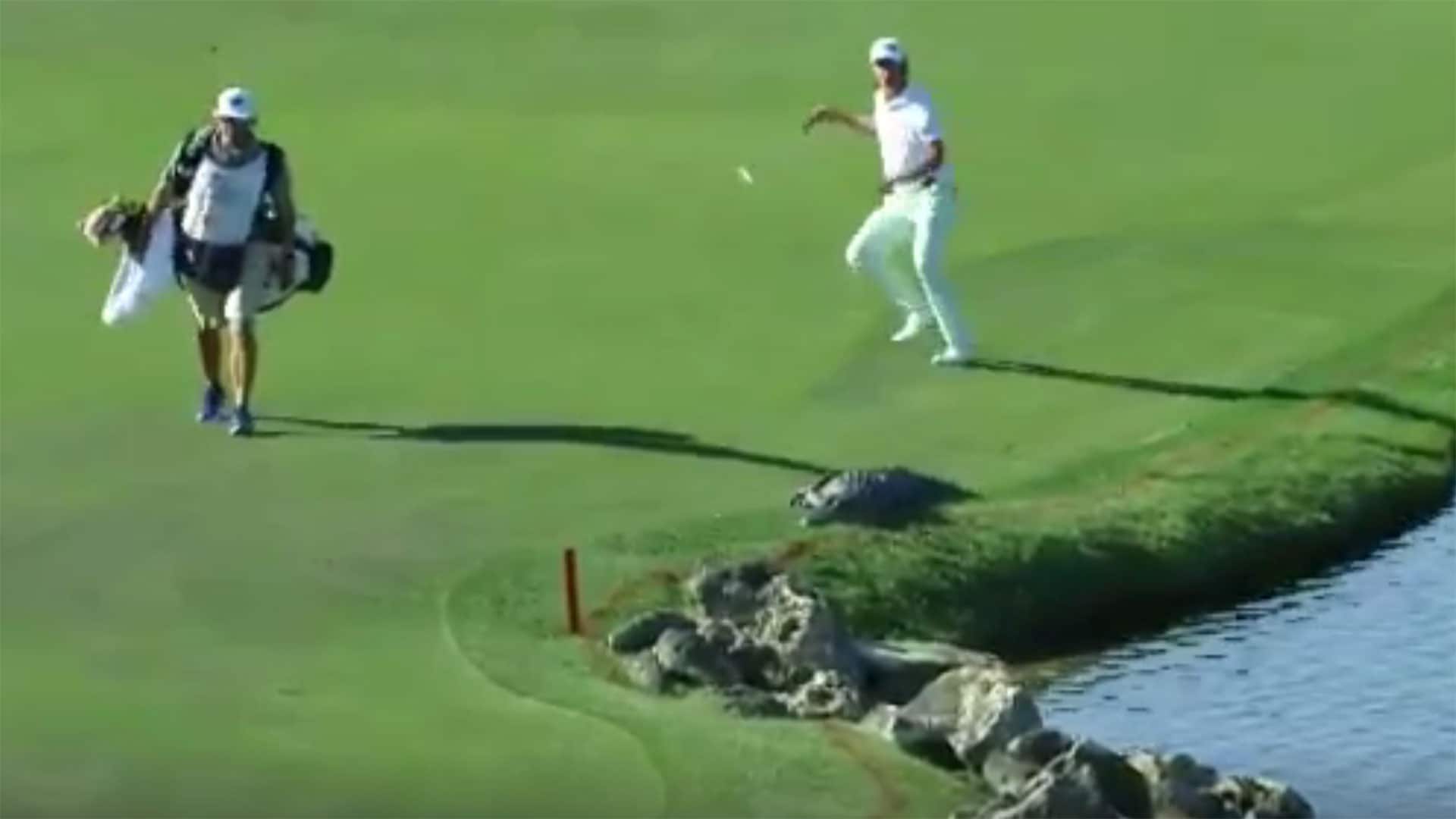 Cody Gribble ... Smylie Kaufman is not.

Unlike Gribble, who walked right up to an alligator (the same alligator?!) on the sixth hole and smacked it on the tail Thursday, Kaufman on Friday was walking down the fairway at No. 6 when he noticed (what we assume was) Gribble's old buddy sunning itself once again. Hilarity ensued:

Just for comparison, here was Gribble on Thursday:

Careful everybody, this is the kind of thing that cost Chubbs Peterson his career: 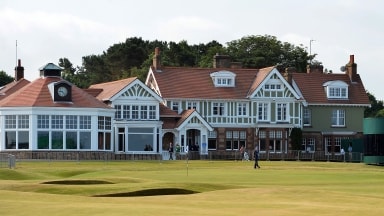 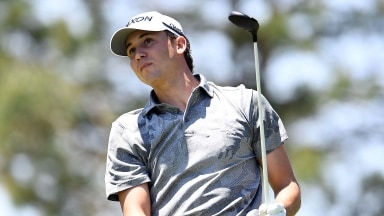 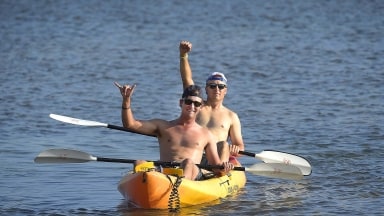