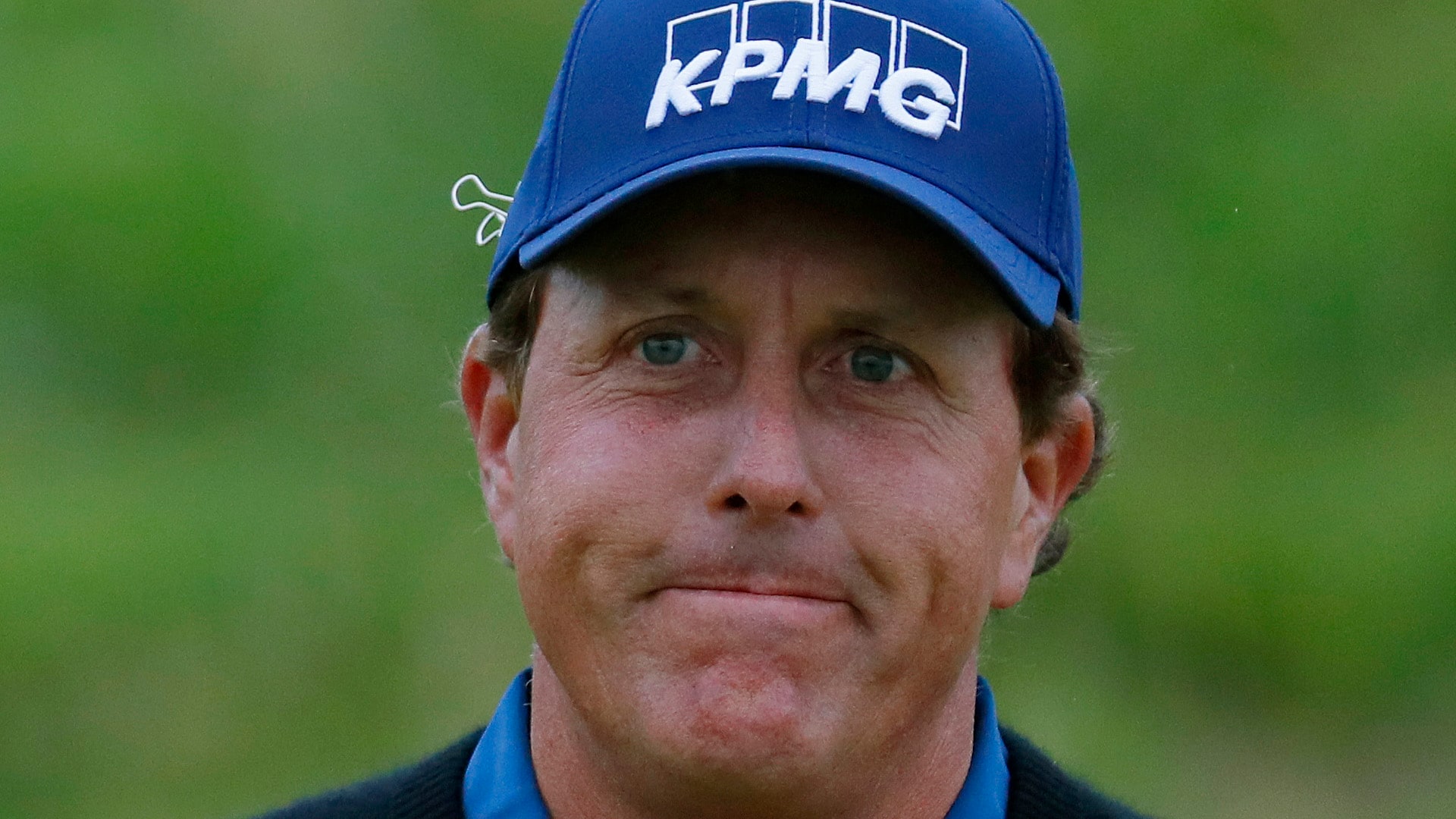 TROON, Scotland - No one can deny Phil Mickelson's creativity and imagination on the golf course. And now, after what we've seen from him at Royal Troon on Friday, it would be hard to make a case against his ingenuity in other matters as well.

It appears Mickelson has made use of a binder clip on the right side of his hat (see images below) to keep it pulled taut, presumably so that it doesn't blow away in gusts that have been forecast upwards of 30 mph on Friday. 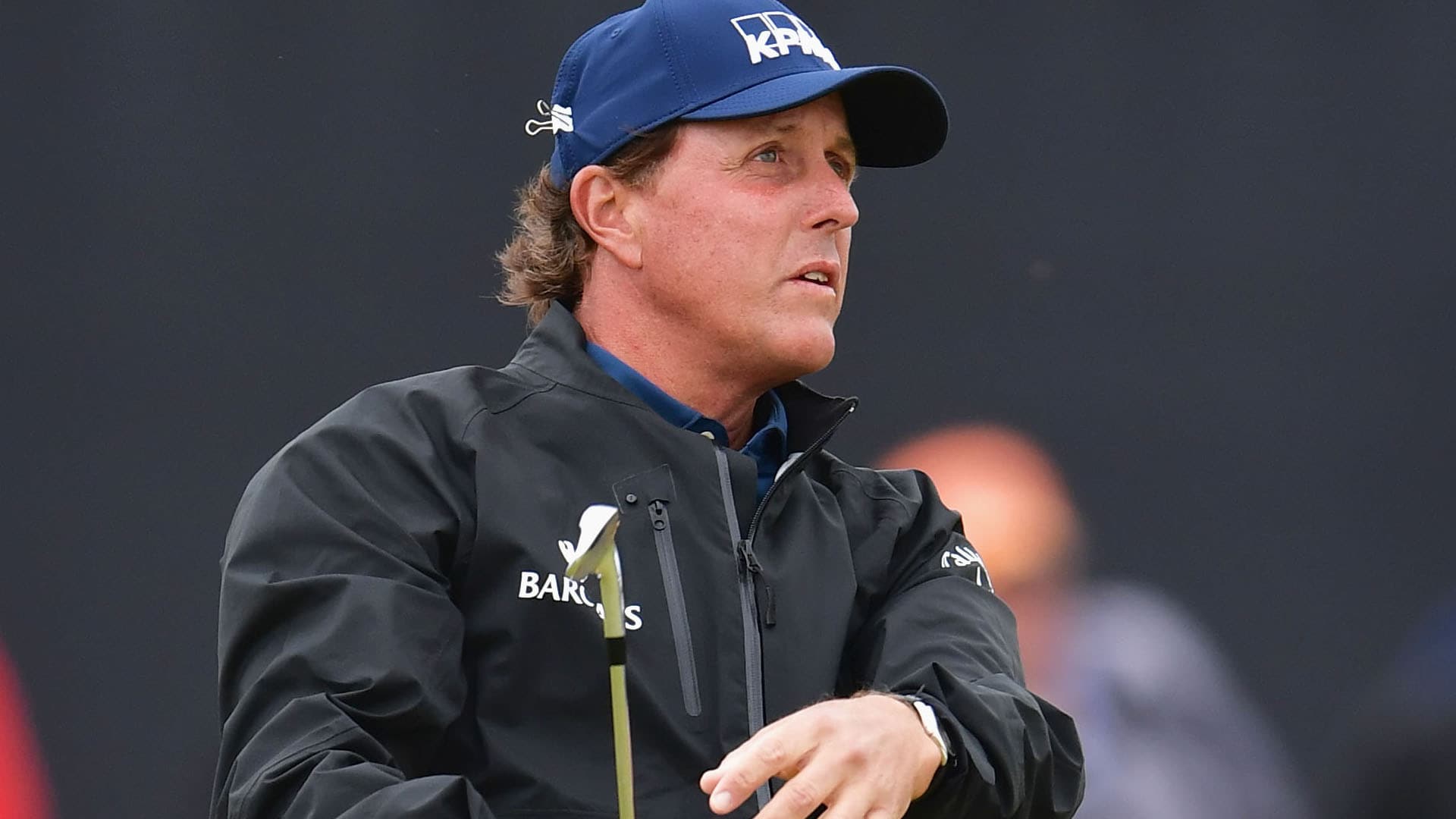 More peculiar than the binder clip, itself, is that Mickelson needs it at all. If I had shot a record-tying 63 in the first round of The Open, my head might be a little inflated. Alas, Mickelson's a seasoned veteran, and he knows his job this week is far from over. History tells us that posting a 63 in The Open doesn't guarantee a victory come Sunday.

Asked about the clip after his second-round 69, Mickelson said, "I know it looks terrible, but it is what it is."