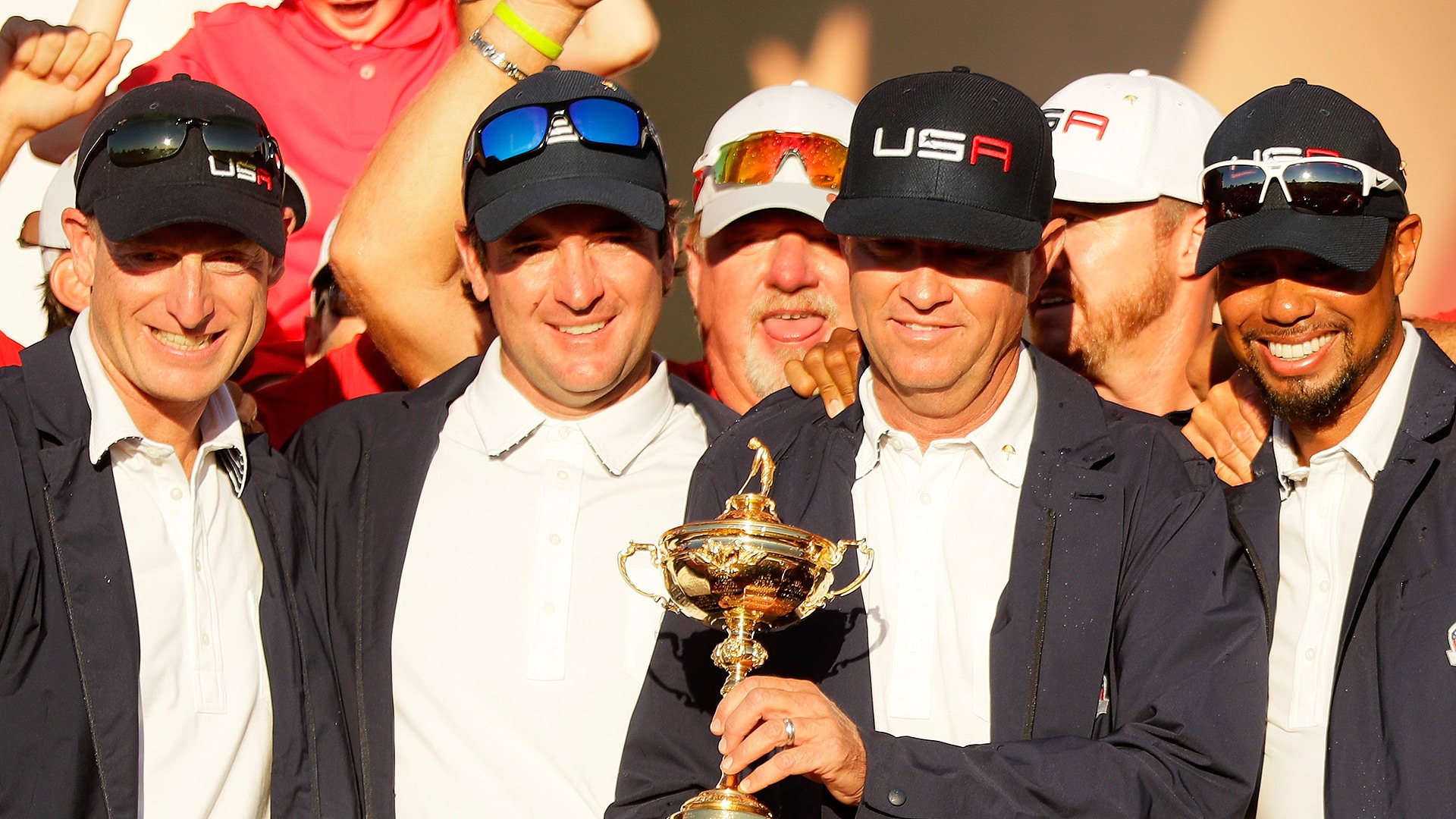 ST. SIMONS ISLAND, Ga. – When books are written about the 41st Ryder Cup and the U.S. side’s drought-busting victory the stories will begin with some assessment of the American task force.

But if revisiting the task force is a historical inevitability it still prompts a quiet sigh from Jim Furyk, a member of both the U.S. side as an assistant captain and the task force. He celebrated the outcome just as much as the next guy, just don’t expect him to use the “T.F.” words.

“I viewed all of it, I hate to even say task force, but a group of individuals that got together,” Furyk said Tuesday at the RSM Classic. “It was the folks from the PGA of America saying, ‘Hey, this obviously isn’t going the way we want it to. Let’s get together and talk about the reasons why and how we make it better.’”

Whatever the designation, the American victory is the sum of that group’s parts.

On Dec. 9, 2014, the task force held its first meeting at PGA of America headquarters in Palm Beach Gardens, Fla. For Furyk, it was a turning point for the U.S. team that was followed by countless conference calls and group text messages.

“That one was important, for me. The phone calls were great, but to be in the room, and I think Phil [Mickelson] probably felt the same way, and visually see everyone and talk and give your opinion,” Furyk said. “To be able to physically see it on the walls was important.”

Mickelson flew to Florida from California, “on his own dime,” Furyk said, and players made the event important, which is not always easy when dealing with Tour players.

Paul Levy, the newly appointed president of the PGA, recently offered some insight into the process that helped lift Love’s team to a 17-11 victory last month in Minnesota.

The 11-man task force led to the Ryder Cup committee, the standing group that will decide future captains and other match policies. Levy told a group of club professionals last week in New York at the PGA’s annual meeting the initial thought was for the committee to include three PGA of America officials – the CEO, president and vice president – and two PGA Tour members.

On Tuesday at Sea Island Resort, Furyk didn’t recall making the request, but acknowledged that the players on the task force asked about an even split on the committee. It wasn’t a demand, it wasn’t a negotiation, just a suggestion, like everything else that was born from the group.

It’s a testament to the PGA’s desire to continue the momentum born from the task force that the idea of equal representation was embraced by the association, with Woods, Mickelson and Love named to the new committee.

Details of those meetings will continue to shed light on a process that gave the players, the most important part of the Ryder Cup, ownership of the matches. If not a proprietary interest, then at the least the task force gave players a voice in an event that had long ago outgrown the simplicity of just “showing up and playing golf.”

“You had folks coming in from all over the place to try to help,” Furyk said. “I viewed it as, look how important this is to everyone. Look how involved Tiger is to the process, and here’s a guy who was viewed from the outside as not caring that much and he put a lot of heart and soul into it.”

The players gave in time and energy and insight, the PGA gave by ceding a measure of control in what is the association’s most lucrative product. Neither effort should be dismissed.

In a quiet moment a few weeks before this year’s matches Love asked your scribe, “Who will get credit for the task force?”

The easy initial answer was Mickelson, whose comments in the wake of the U.S. loss in 2014 may have left some hurt feelings but ultimately paved the way for the task force.

But in retrospect, credit should be spread around, to the Tour members on the task force who took a genuine interest, and to the PGA for letting them.