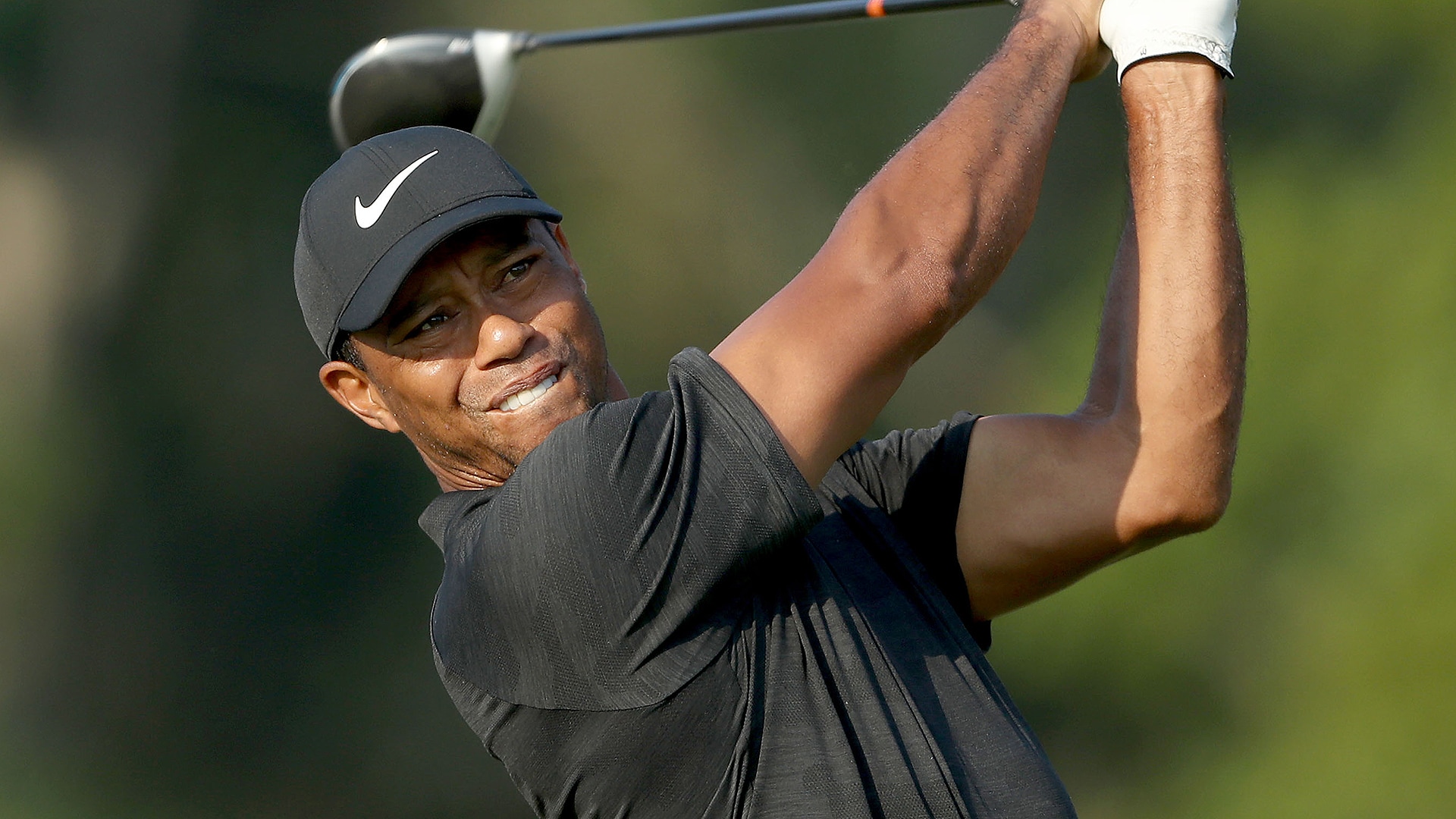 ST. LOUIS – Tiger Woods returned to Bellerive early Saturday to complete his weather-delayed second round and will begin the weekend six strokes off the PGA Championship lead.

Woods had just hit his drive at No. 8 when the weather warning horn sounded on Friday, and when he returned he made birdie at the par 5, but played his last 10 holes in even par for a 66.

The good news for Woods is he’s third on the PGA Tour in third-round scoring average (68.64). The bad news is he was first in that category before stumbling last Saturday at the WGC-Bridgestone Invitational with a 3-over 73.

“I just have to make birdies. This golf course is stacked right now and everyone is bunched,” said Woods, who is scheduled to tee off at 12:21 p.m. (CT). “If you hit the ball well enough, then you're going to leave yourself in the right sections. And there's not a single putt out here that you're afraid of that it's going to get away from you.”

Woods said the key will be remaining aggressive on Bellerive’s greens, which have been slowed by this week’s rain. His putting has been a highlight for Woods through his first two rounds, with the 14-time major champion ranked 15th in strokes gained: putting.

“The only thing is you have to hit a couple putts harder than normal, and there might be a few little spike marks,” he said. “But you can take a lot of the break out and be very aggressive. That's one of the reasons guys are making birdies from everywhere.”