Watch: Tiger chips in, tells JT to go get that! 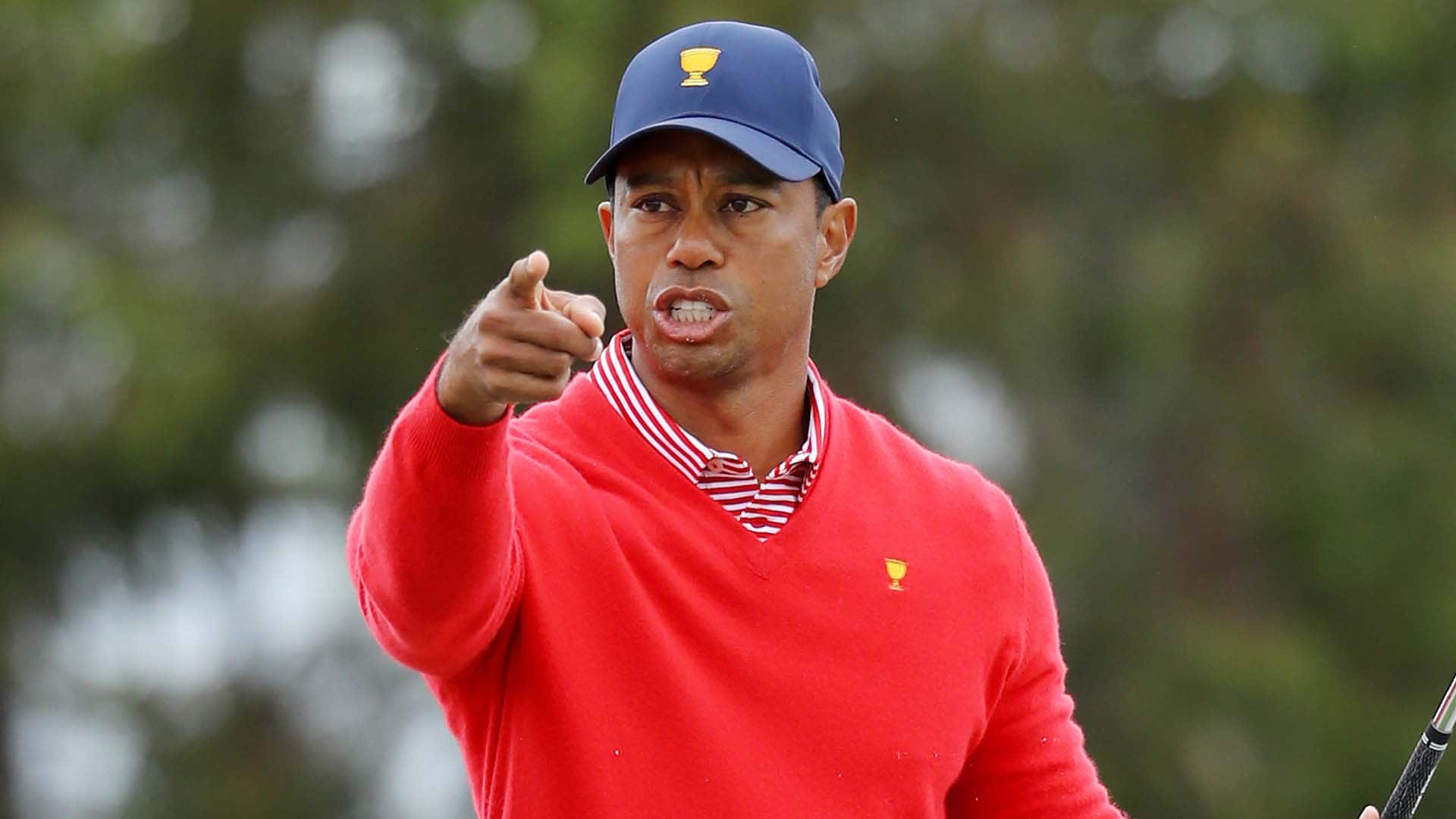 Remember when Jordan Spieth holed a crucial eagle putt on Royal Birkdale's 15th hole – and then yelled at his caddie, Michael Greller, to retrieve his ball – during the final round of his 2017 Open Championship victory?

After chipping in for birdie at Royal Melbourne's par-3 fifth hole on Thursday at the Presidents Cup, Tiger Woods pointed to the hole and appeared to tell playing partner Justin Thomas to "go get that!"

The birdie pushed the American duo's lead to 3 up after five holes in their Day 1 fourball match against Internationals Joaquin Niemann and Marc Leishman.

Tiger Woods didn't play either session on Day 3 of the Presidents Cup. Vice captain Fred Couples says, it's because he couldn't.

Ernie Els has finished second to Tiger Woods more than any other player, and he never looked more spectacular doing it than as captain in the Presidents Cup. Was it really a surprise?