From 3 tours in 3 continents in 3 years to no golf, pro focuses on staying optimistic 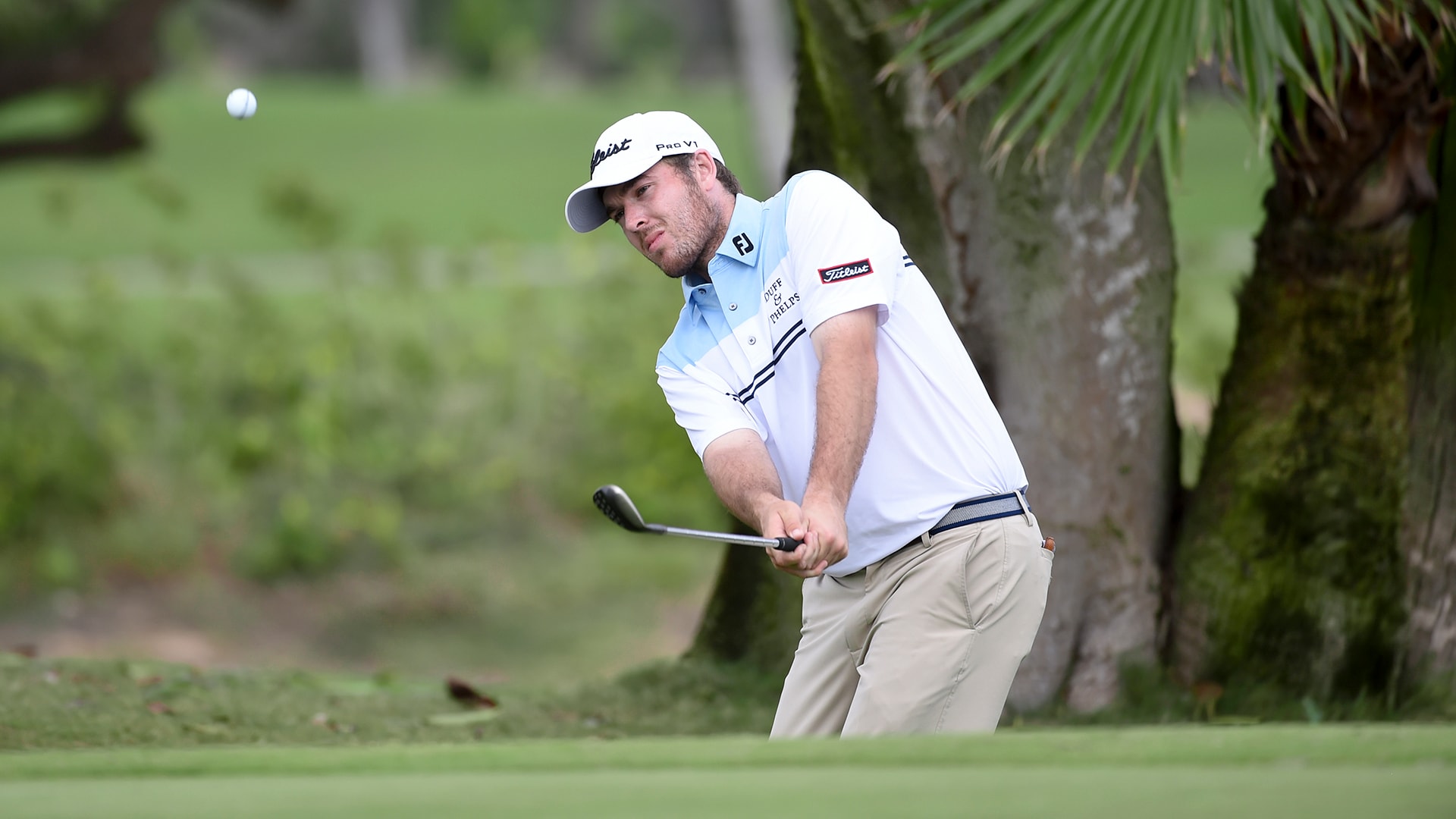 To say that Matt Gilchrest’s game travels would be an understatement.

The 25-year-old Auburn product has played full seasons in Latin America, Canada and China, gone to Q-School in Europe and last month was supposed to make his second career Korn Ferry Tour start.

Now, he’s back in Dallas waiting out the COVID-19 pandemic, which has halted tours around the world since mid-March.

“It was the right thing to do [canceling events], unfortunately it didn’t help my schedule,” said Gilchrest, who received an invite into the Chitimacha Louisiana Open on March 19-22. That event was the first of what has now been eight Korn Ferry Tour cancellations or postponements.

“But plenty of people are losing much worse than golf tournament exemptions, so I’m going to try and keep this in perspective.”

While the ever-positive Gilchrest has put away his travel bag for the immediate future, his passport still needs to cool off. That’s what happens when you play three tours in three different continents in three consecutive seasons – oh, and only miss two events during that period.

After graduating from Auburn in 2017, Gilchrest immediately headed north to Canada. He tied for eighth in his pro debut but ended up making just five cuts while playing 10 of 11 Mackenzie Tour events. However, he also made his first career PGA Tour cut midway through the summer, tying for 42nd at the Barbasol Championship.

The next year, Gilchrest decided to try out PGA Tour Latinoamerica. The decision proved rewarding as he notched six top-10s, including a pair of runner-up finishes, and teed it up in all 17 events across 12 different countries. He tied for second at the season opener at La Reunion Resort in Guatemala while a volcano rumbled in the background. Less than three months later, Volcan de Fuego erupted, decimating the course and killing at least 194 people.

Last year, Gilchrest earned conditional Korn Ferry Tour status but didn’t get into an event until the Louisiana Open. When he made the trip to Le Triomphe Golf and Country Club in Broussard, where he lived for a period as a kid, Gilchrest packed two bags.

If he made the cut, he would head to the tour’s next stop in Savannah, Georgia, and likely get reshuffled into more events. But if he failed to advance to the weekend, he would drive through the night to catch a Saturday morning flight from Dallas to Chongqing for the season opener on PGA Tour China.

Less than 48 hours later, he was on the opposite side of the world.

“Everything seems scary until somebody does it, and I had never been to China before,” Gilchrest said. “Turns out, Chongqing is the biggest city in the world, just by municipality, and I’d never even heard of it. I’m playing golf and I could see apartment buildings that house 2 million people. It would be like if they put a golf course in the middle of Manhattan.”

Gilchrest tied for 22nd in his debut in China. The next week, he was two shots off the lead and in the last group heading into the final round of the Sanya Championship in Hainan when the tournament was called after another player died in his sleep earlier that morning. The T-2 finish ended up being one of Gilchrest’s three top-10s in 11 events.

The only tournament he missed was because of a friend’s wedding, which Gilchrest was the officiant of. He traveled some 30 hours home to Dallas, overcoming a canceled flight and driving the final seven hours from Austin to make it just in time. 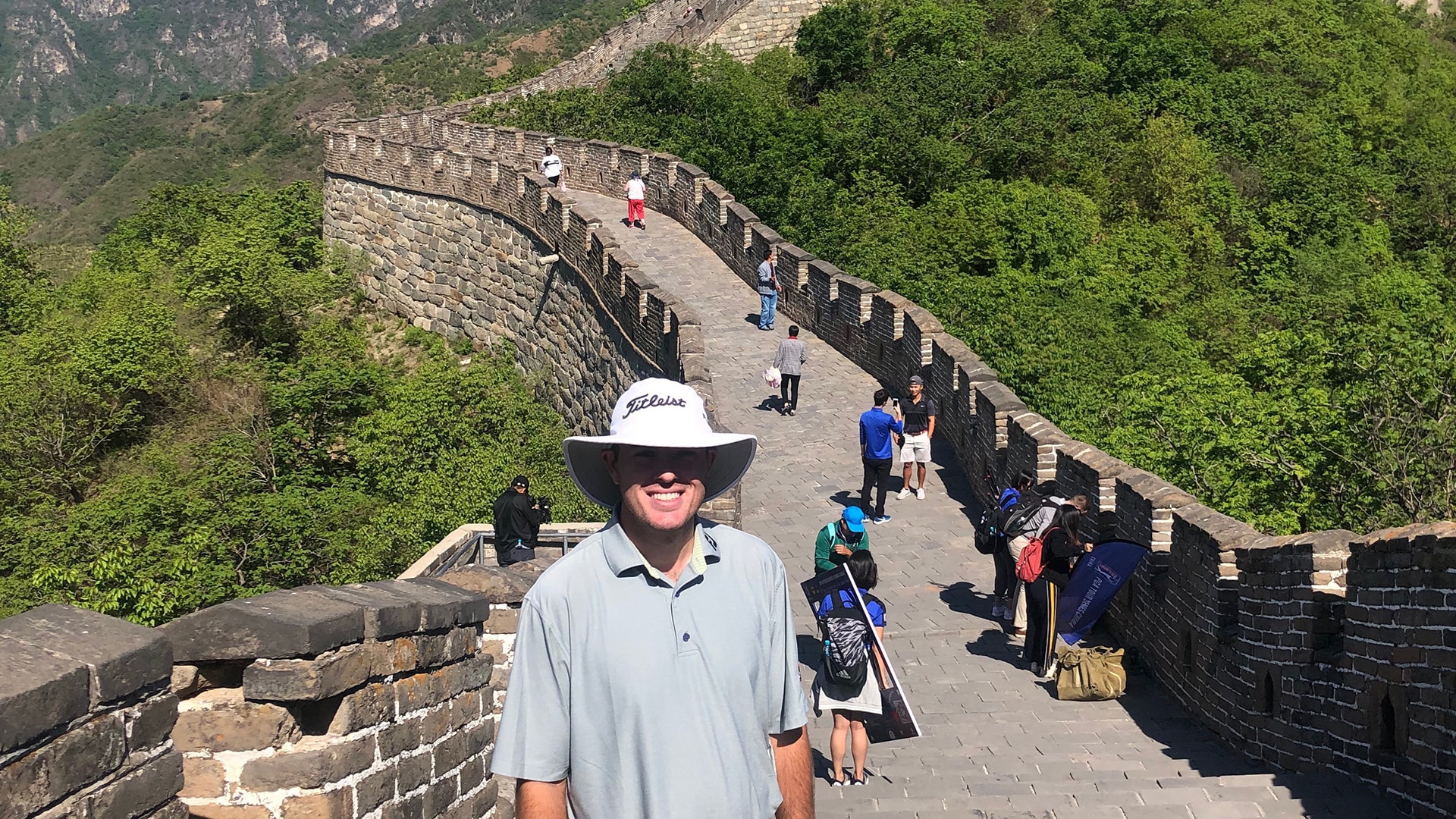 Two weeks later, he was back in China for the Suzhou Open, where he tied for fifth. But he still missed out on securing a full card on the Korn Ferry Tour, even with a T-25 finish at PGA Tour China’s finale in Macau, which Gilchrest played after traveling to London for first stage of European Tour Q-School (he made it to final stage last December).

“I just aggressively want this dream to happen,” Gilchrest said of his globetrotting mindset. “If that means playing in Canada, or Latin America, or China, or Europe, I’ll do it.”

That persistence continued into 2020, as Gilchrest tied for 11th at the PGA Tour Latinoamerica season opener in Mexico in early March. Again with conditional status on the Korn Ferry Tour and looking at a few starts this summer, he decided Latin America would be his best option for full-time play this year.

Unless, of course, Gilchrest made the cut as a sponsor invite in Louisiana. Sound familiar? He wasn’t about to let that second chance go to waste, either.

Gilchrest’s roots run deep at Le Triomphe. As a 10-year-old volunteer at the local Korn Ferry Tour event, he lucked into being the walking scorer for the final pairing of Skip Kendall and Jarrod Lyle. Kendall went on to win in a playoff.

“When you’re a 10-year-old kid that thinks golf is the coolest thing ever, I felt like I was about as nervous as the players were,” Gilchrest said. “I remember Skip, he made me feel like more than just a little kid. I knew that I wanted to play pro golf when I got to do that.” 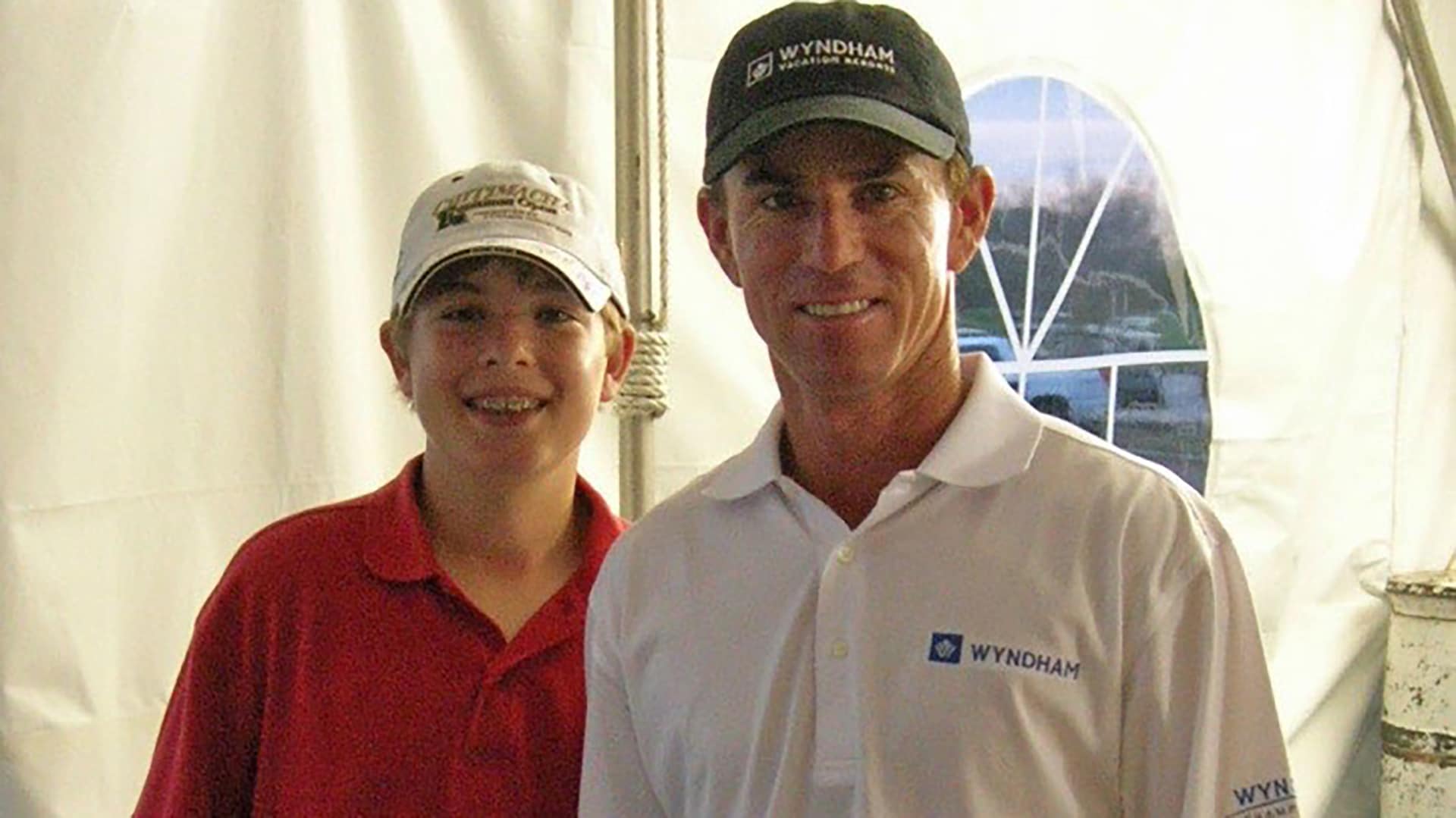 Yet just three days after getting home from Mexico, Gilchrest was watching television when news broke that Utah Jazz player Rudy Gobert had tested positive for the coronavirus. In the next 48 hours, everything was canceled, including the Louisiana event.

With no concrete tournament to practice for and his home course, Trinity Forest in Dallas, closed, Gilchrest has shuffled around to local ranges to try and keep his game sharp. Financially, he’s OK; he has some decent savings. But mentally, as a competitor, it’s a challenge to keep focus.

But Gilchrest is determined to get through this. He recently saw an interview with an Olympic diver after the Tokyo Games were postponed.

“She’s like, ‘I’m going to be the one that’s optimistic,’” Gilchrest recalled. “That’s my goal.”

He also points to a saying from his college coach, Nick Clinard: The way you win in May is by working in March.

Regardless of when pro golf resumes, Gilchrest will be working.

“You try to plan for the big things in life, getting married, saving for a house, going to college, sending your kids to college, life insurance, the big things, and it’s just crazy when something that no one in the world ever sees coming kind of goes and puts the whole world on hold,” Gilchrest said. “That’s not easy for me, or for you, or for anyone who has a high-risk loved one, so my biggest takeaway from all of this is that as long as I can find somewhere to practice, I’m going to try my best to not make it an off period and try to make it the best springboard into what’s next.”

While traveling around the globe is fun and all, Gilchrest hopes that’s on the Korn Ferry Tour this summer, though he realizes opportunities may now be much more limited for conditional members.

“From where I’m sitting, I’d be thrilled just to get one event and hopefully turn that into more,” Gilchrest said. “It only takes one good tournament.”