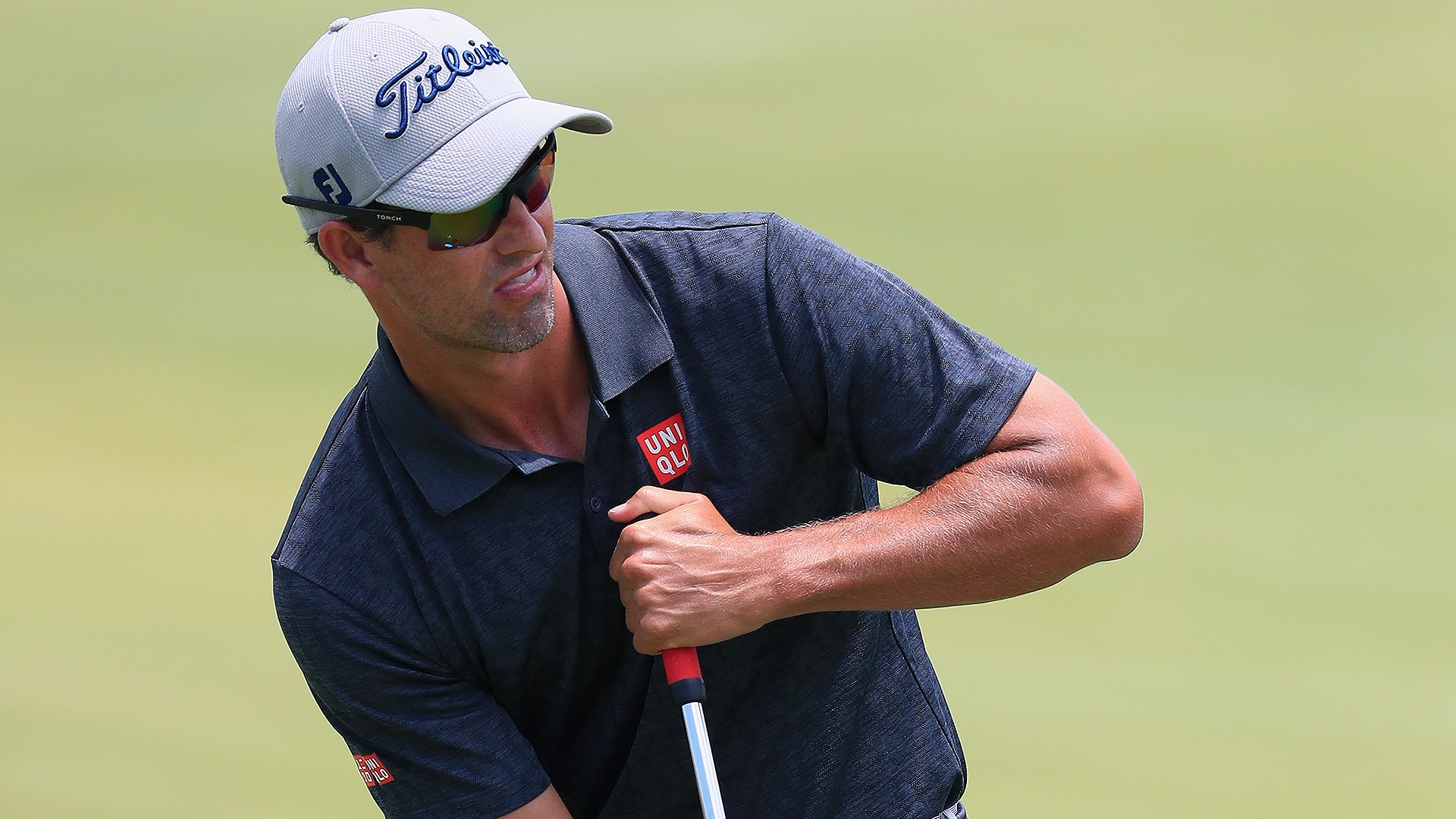 DALLAS – Adam Scott birdied the 72nd hole, closed the AT&T Byron Nelson with a bogey-free 65 and earned his first top-10 finish in nearly a year, but in the end it still wasn’t enough to earn an exemption into next month’s U.S. Open.

Scott entered the week ranked No. 65 in the world, and the top 60 in next week’s rankings automatically qualify for Shinnecock Hills. The cutoff was a big reason why the 2008 tournament champ returned for Trinity Forest’s debut, and midway through the final round it seemed like the Aussie had a shot at snagging a bid at the 11th hour.

Scott needed at least a solo ninth-place finish to pass an idle Chesson Hadley at No. 60, and while his 5-footer on the 18th green gave him a share of sixth place when he completed play, he ultimately ended up in a three-way tie for ninth at 15 under – barely short of a spot in the top 60.

“I tried to make the most of really favorable conditions today, and I did a pretty good job of it. Just never really got a hot run going,” Scott said. “I feel like I struggled on the weekend reading the greens well enough to really get it going, but I think everyone but the leaders did that, too. They’re not the easiest greens to read.”

Scott has played each of the last three weeks in an effort to earn a U.S. Open exemption, and he’ll make it four in a row next week when he returns to the Fort Worth Invitational on a course where he won in 2013. Scott still has another chance to avoid sectional qualifying by earning a top-60 spot at the second and final cutoff on June 11 following the FedEx St. Jude Classic.

Scott has played 67 majors in a row, a streak that dates back to 2001 and is second only to Sergio Garcia among active players. While he’s prepared to play each of the next three weeks in a last-ditch effort to make the field, he’s taking his schedule one event at a time with the hope that one more good result might take care of business.

“I’ll play next week and hopefully play really well, and give myself a bit of cushion so I can take a week or so off and try to prepare the best I can for the U.S. Open,” Scott said.