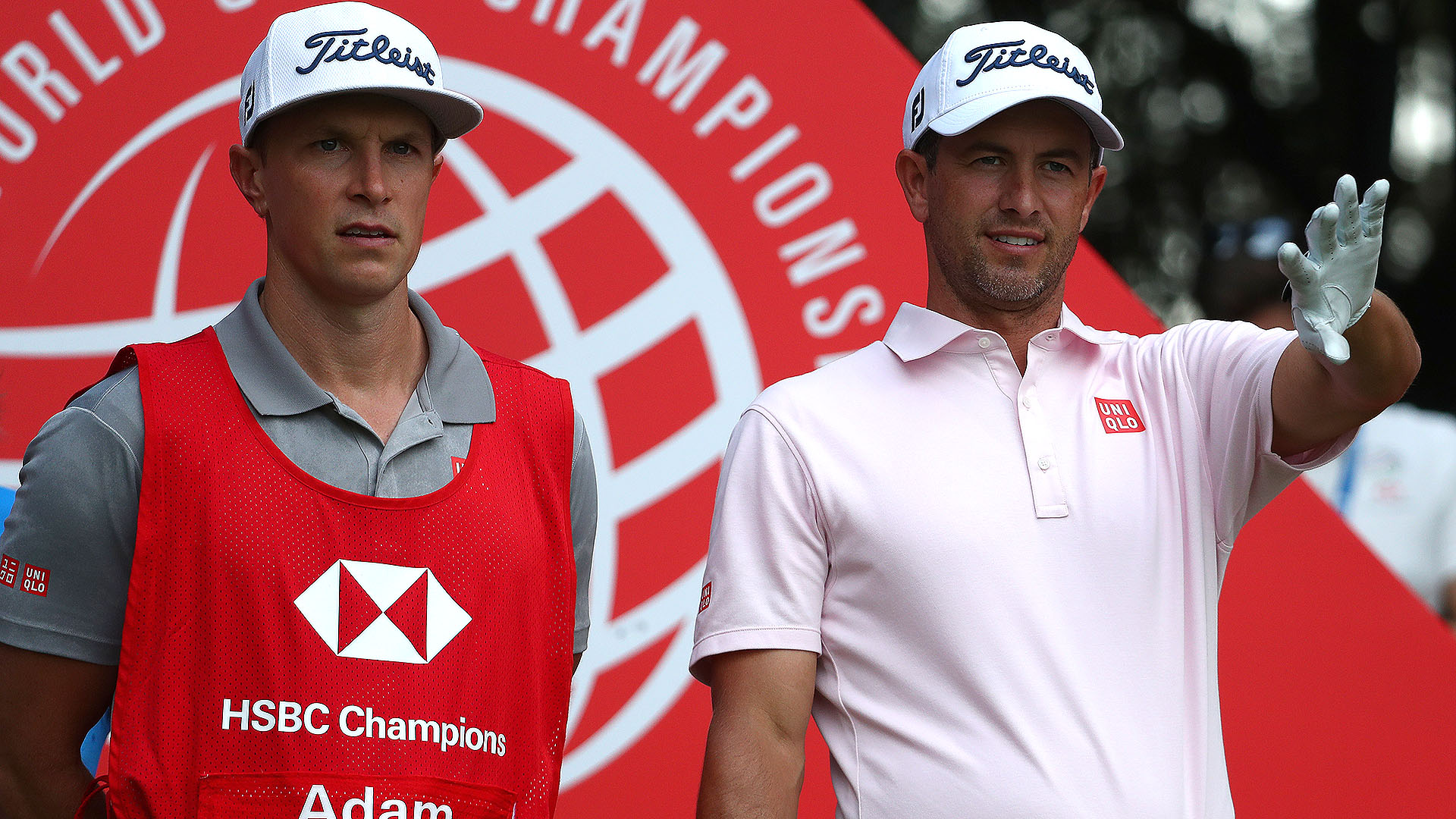 If the International team is going to have any chance to challenge the Americans at this year’s Presidents Cup, it’s going to need a big performance from one of Australia’s greats.

Adam Scott will be competing in his 10th consecutive cup when the matches are contested Dec. 12-15 at Royal Melbourne. He didn’t play when the event was last held in his native country, in 2000, the lone time the International team has won, but captain Ernie Els will need him at his best this go-around.

Perhaps Scott is finding his form at the right time.

"I felt good with the game last week," Scott said. "Just felt like I was a bit under done, really. I worked a little bit on my setup and it's hard to take straightaway in a tournament situation. I think the rounds last week help get me prepared for this week."

Scott made three consecutive birdies on the back nine Friday, en route to a 69 in Round 2 of the WGC-HSBC Champions. At 9 under par, overall, he’s two behind leader Matthew Fitzpatrick.

"I had a few more opportunities out there today," Scott said. "I wish I could have rolled them in. Hopefully I get the speed down on the weekend and start seeing them drop."

This is Scott’s fourth start in the new wraparound season, and he’s looking for his first top-15 finish. He did, however, have three top-10s in three playoff starts.

The 13-time PGA Tour winner is looking for his first title since going back-to-back in 2016 at the Honda and WGC-Cadillac Championship.