After East Lake Cup, Oklahoma men and Oklahoma State women have all the momentum 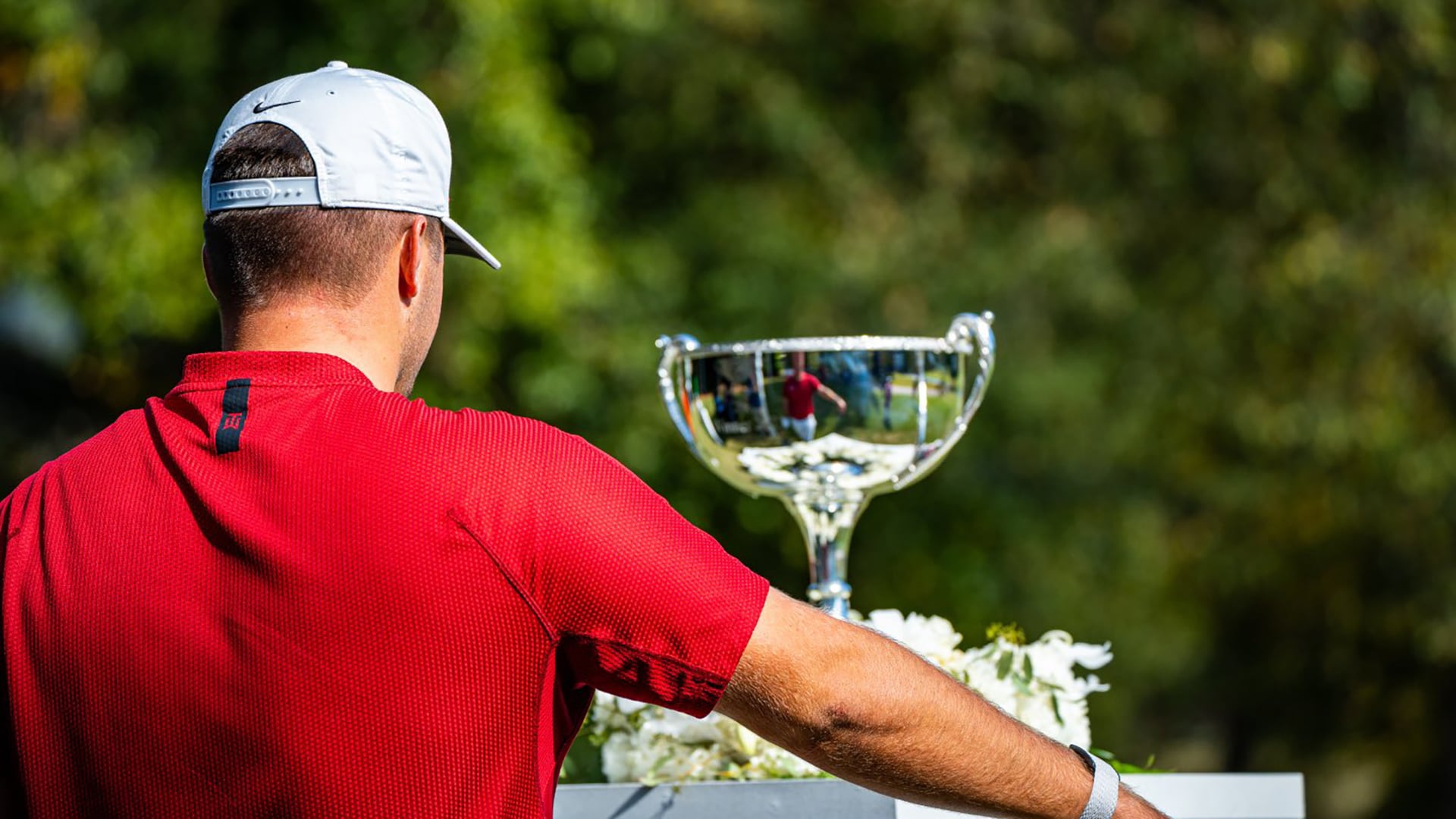 ATLANTA – We’re still seven months away from the NCAA Championships at Grayhawk, but if Wednesday’s championship performances at East Lake Golf Club were any indication, both reigning national runner-up teams should be firmly in the NCAA title mix next May.

Oklahoma won the men’s title at the East Lake Cup with a 3-1-1 victory over state rival Oklahoma State on Wednesday while Oklahoma State took the women’s crown with a 3-2 win against Duke.

If both squads aren’t the national favorites entering the winter break, they are close.

The Sooners fell just short of their second men’s title in their past four tries last spring before losing three All-Americans to graduation, but they reloaded this fall to earn the No. 1 ranking in Golfstat and post two wins and two other second-place showings.

Senior Christopher Gotterup transferred to Oklahoma from Rutgers this summer, picking the Sooners over the team that beat them last spring at Grayhawk, Pepperdine, which the Sooners got revenge against in Tuesday’s semifinals at East Lake. He’s teamed with another underrated senior in Logan McAllister while Oklahoma head coach Ryan Hybl has worked his magic in getting several young players to buy in.

This week’s star was redshirt freshman Jaxon Dowell, who traveled with the team at last year’s Big 12 and NCAA championships, not playing but getting to experience big-time golf.

“It was so cool just to see your teammates play under that type of pressure,” said Dowell, who beat Pepperdine’s Joey Vrzich, 4 and 2, in the semis before going out first against Oklahoma State senior Eugenio Chacarra, the eighth-ranked amateur in the world who is playing in next week’s PGA Tour event at Mayakoba.

Dowell was 2 down with three holes to play before birdieing Nos. 16 and 17 to square the match. He then beat Chacarra on the first extra hole to get the second point on the board.

“Some of these guys have been waiting around, they’re redshirt freshmen and last year they soaked it all in,” said Hybl, whose other freshmen, Drew Goodman and Stephen Campbell Jr., won matches on Tuesday. “Osmosis, being around it, they want the ball now, and you saw it this week.”

McAllister topped red-hot Brian Stark, 5 and 3, for the first point, and Gotterup won the anchor match and clinching point, 4 and 3, over Hazen Newman.

In 14 starts this calendar year, Oklahoma now has four wins, seven seconds, two thirds and one fourth – and nothing worse.

“Since we had five seniors last year and they all graduated, no one really knew who I was or any of the freshmen, so they probably thought our team was maybe going to have a down year,” Dowell said. “Our team on paper, some of us may be ranked 500th in WAGR or something like that, but I think we can compete with anybody.”

Hybl, who for years has pushed all the right buttons as a coach without always getting the blue-chip recruits, said the key heading into the offseason is for his players to be intentional about how they are getting better, whether it’s with their games or bodies or equipment, so that they can show up this spring and pick up where they left off. Keeping their chips on their shoulders won't hurt, either.

One thing they aren’t doing is looking back.

“What happened at NCAAs was so over and done with, two days after. We haven’t thought about [the loss to] Pepperdine at all,” Hybl said. “A golfer’s mentality is always focused on that next week, and I think that we do as good a job as anybody doing that. We’re just focused on what’s getting ready to happen.”

Oklahoma State head coach Greg Robertson is following a similar formula with his team, which lost to Ole Miss in the NCAA women’s final last May and, similarly to the Oklahoma men, had to replace a sizeable hole this summer after losing first-team All-American Maja Stark to the pros.

The Cowgirls, though, didn’t lose to anyone this fall in four events, and transfer Caley McGinty had two individual wins of her own.

“I’m proud of them for the way they played this fall,” Robertson said, “but the thing is, there are still seventh months before May, so get excited about the fact that we played well and what we’re capable of doing, but we can’t get complacent, we have to keep rolling.”

Plus, as Robertson noted, the Cowgirls have yet to face top-ranked Stanford, which is also undefeated and boasts top-ranked amateur Rose Zhang, reigning Annika Award winner Rachel Heck and two other All-Americans, as well as a handful of talented role players.

“If you ask me, Stanford’s still the team until somebody knocks them off,” said Robertson, whose team doesn’t meet Stanford during the regular season. “But we just have to keep doing our thing and not get too distracted by anything else.” 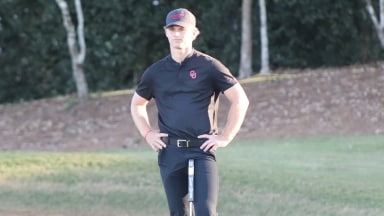 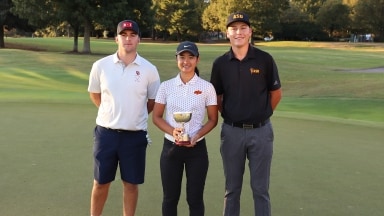 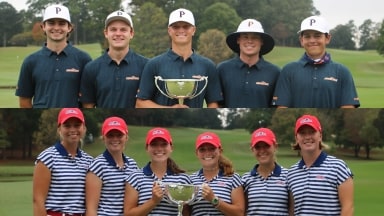