'Better frame of mind' leads to 66 for Mickelson 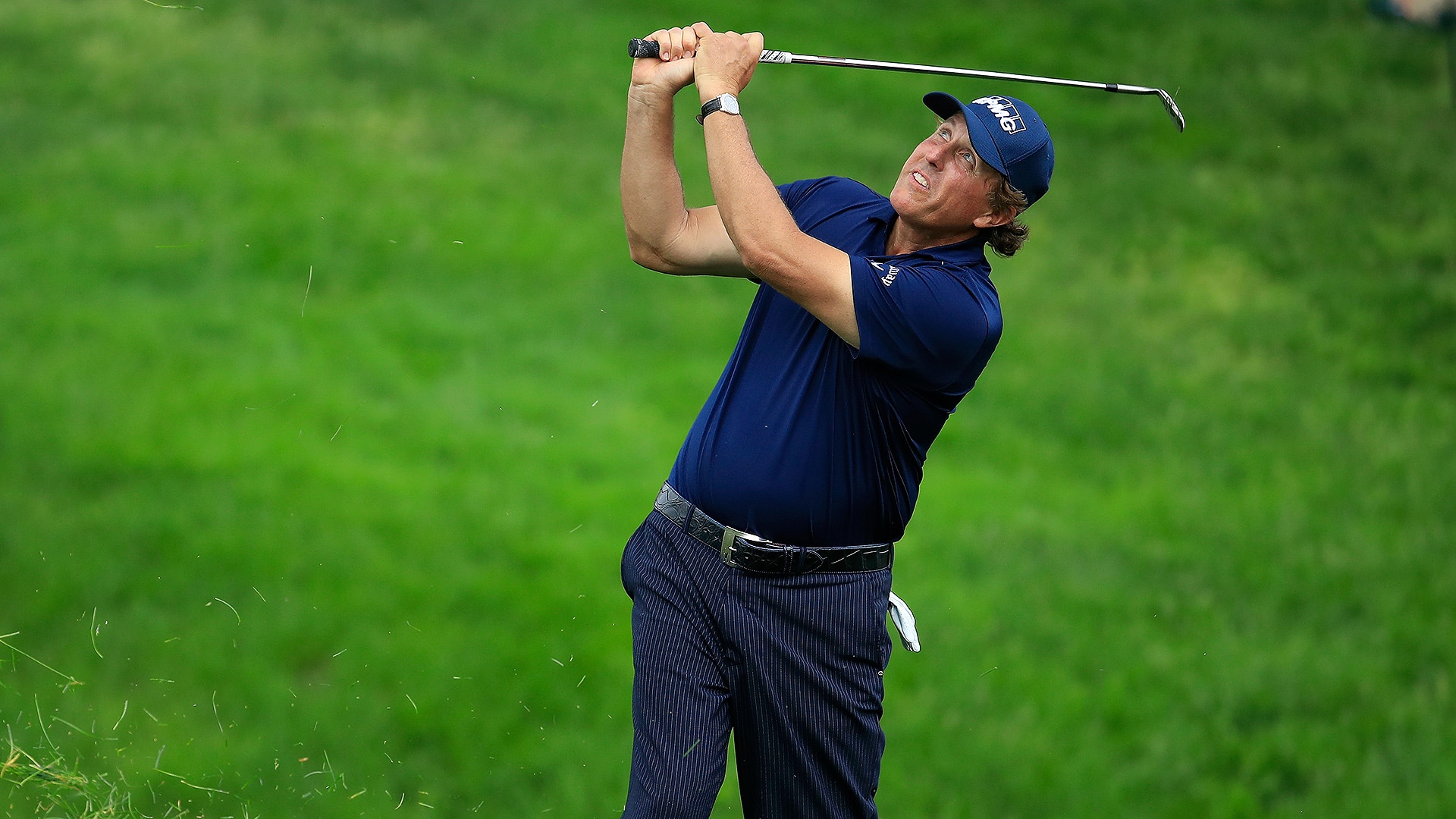 DUBLIN, Ohio – After flirting with the cut line for much of the first two days, Phil Mickelson finally found his focus.

Mickelson got it going early at the Memorial Tournament, playing his opening eight holes Thursday in 4 under. But those gains quickly evaporated as the southpaw stumbled home, playing his subsequent 10 holes in 6 over.

The roller coaster had only one direction in the second round at Muirfield Village, where Mickelson was 7 under across his final 10 holes, including a 30 on his second nine. It added up to a 6-under 66 and vaulted him from a potential early exit to the fringe of contention at 4 under par.

“The challenge for me is I feel like my game and ball-striking are sharp, but I haven’t been sharp with my focus and picking a shot,” Mickelson said. “I haven’t been as committed, I haven’t seen it as clearly. Obviously, the last nine I played I was sharp. But I’ve got to do that every single shot, because out here the penalty is so great for a miss.”

The focus on, well, focus continues a recent trend of citing intangibles for Mickelson, who will turn 48 later this month. He has not played since a missed cut at The Players Championship, where he described a lack of energy following rounds of 79-73. But after taking each of the last two weeks off, he feels rested and ready to tackle a three-week stretch of events that will culminate with his annual quest for the final leg of the career Grand Slam at the U.S. Open.

Mickelson’s 66 included eight birdies, highlighted by four birdies over his final five holes to move well into red figures. While he made it look easy on one of the Tour’s more demanding layouts, he could only shrug when asked for details on the key to suddenly honing his focus while on the course.

“It didn’t feel much different, other than I just saw it a little clearer and hit a lot more good shots,” Mickelson said. “I was just in a much better frame of mind. If I knew how to do that every time, I would. It’s just that that’s the thing that I’m working on.”