Carrying the bag of late teammate, Alex Goff (69) has Kentucky in second at Blessings 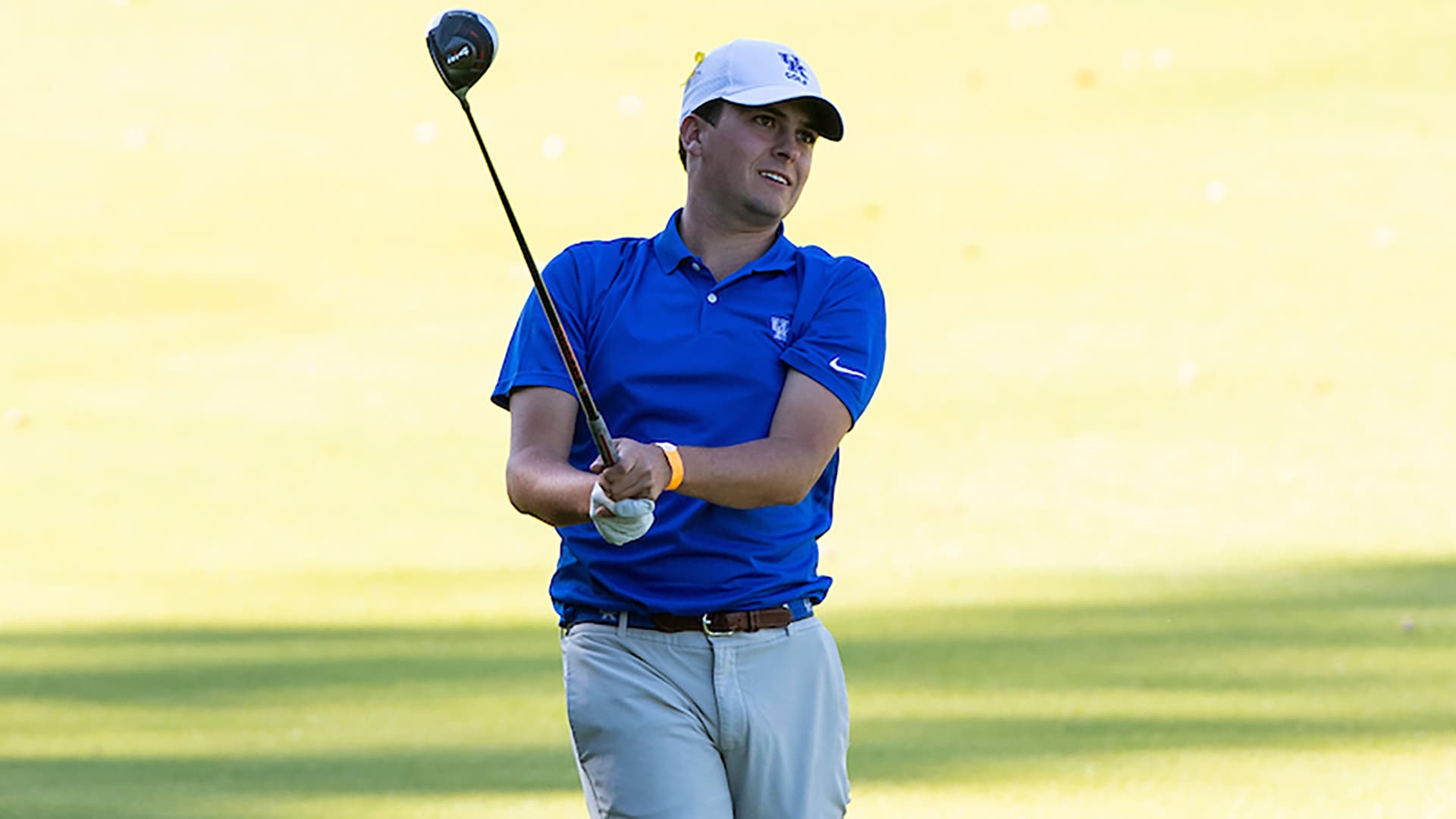 Twenty-seven teams went around Blessing Golf Club on Monday with all five of their players competing in the same group in the opening round of the Blessings Collegiate Invitational.

The Kentucky men’s squad was the only one with six players in its fivesome.

“He was watching down on us with a smile on his face,” Wildcats head coach Brian Craig said.

It’s been just over two months since Cullan Brown lost his battle with bone cancer. The 20-year-old Kentucky native, who was diagnosed with osteosarcoma in September 2019, just before his sophomore season with the Wildcats, died on Aug. 4. On Monday, Brown’s teammates teed off in their first tournament since Brown’s death.

With Brown’s initials, “JCB,” stitched into various team items and yellow ribbons attached to their hats, Kentucky shot even-par 288 to share second place with Texas A&M, eight shots back of first-round leader Tennessee. Arkansas leads the women’s event by four shots over LSU thanks to a 5-under 67 by Brooke Matthews, who co-leads with LSU’s Ingrid Lindblad.

The bag is off to a good start, too: Goff made seven birdies for “Brownie,” Brown’s nickname, and fired an opening 3-under 69 that has him just a shot off the individual lead held by Tennessee’s Hunter Wolcott.

“It was such an honor,” Goff said. “Cullan was such a special human being, I definitely didn’t feel like I was worth of carrying his bag. To have him with us the whole round today, every step of the way, was pretty cool.”

Goff had only met Brown once before college, but he had heard that Brown was an old soul, a “60-year-old trapped inside an 18-year-old’s body,” Goff said. As a roommate, Brown earned his mature reputation.

“He was basically our grandpa,” Goff said, laughing.

Brown looked after Goff and the other freshmen, often cooking for them. Craig called Brown a “plus-5 handicap chef.” His specialty was cooking meats, and he always washed it down with a glass – or two – of his home-brewed sweet tea.

“It had more sugar than you could ever imagine,” Goff said.

On Monday, Goff could hear Brown reminding him of that after a double bogey on the par-5 second hole. Goff responded to the hiccup with five birdies in his next 11 bogey-free holes. And following a bogey on the penultimate hole, Goff drove his ball into the left fairway bunker at the par-4 finisher, only to hit his next shot, a cut 5-iron from 195 yards, to inside of 10 feet and make the putt.

“What a brilliant round of golf,” Craig said. “That bag is off to a good start.” 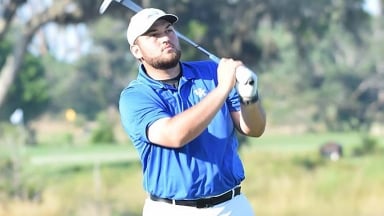 The Kentucky men’s golf program announced Sunday that sophomore Cullan Brown is withdrawing from school after being diagnosed with bone cancer.