Monty: This is Westwood's last year to win majors 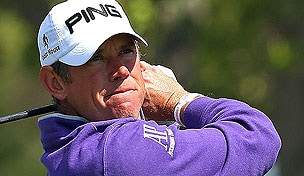 During the offseason, Lee Westwood moved his family from England to South Florida, hoping a change of scenery would help him in the majors, presumably for years to come.

But with the Englishman turning 40 later this month, Colin Montgomerie thinks this is Westwood’s last opportunity to bag that elusive first major.

“I think this year will be his last chance – there is pressure now,” Montgomerie said, according to a report by the Daily Mirror.

“He has moved to America to try to get this elusive major that we all want, but at the same time putting pressure on yourself in this game is not easy. Very few players win or get better, improve, in their 40s. Very few.”

Westwood has come close at Augusta in recent years, finishing second in 2010 and third last year. In all, he has 13 top 10s in the majors.

Why hasn’t he been able to ascend to that next level?

“I think Westwood’s short game keeps him from winning Augusta – it’s the one Achilles’ heel there is in Lee’s game,” said swing coach and Sky Sports commentator Butch Harmon, according to the report. “Tee (to) green, he is as good as anybody there is in the world and has been for the last 10 or 15 years, but I think his inability to get up and down around the greens really hurts him in major championships.”

Added Montgomerie, “If you are asking if his short game is at the same level as (Tiger) Woods or (Phil) Mickelson, no, it is not.”

It’s been a relatively quiet season for Westwood, who has just two top 10s in seven PGA Tour starts. His world ranking also has slipped this season, from eighth to his current position at No. 13.