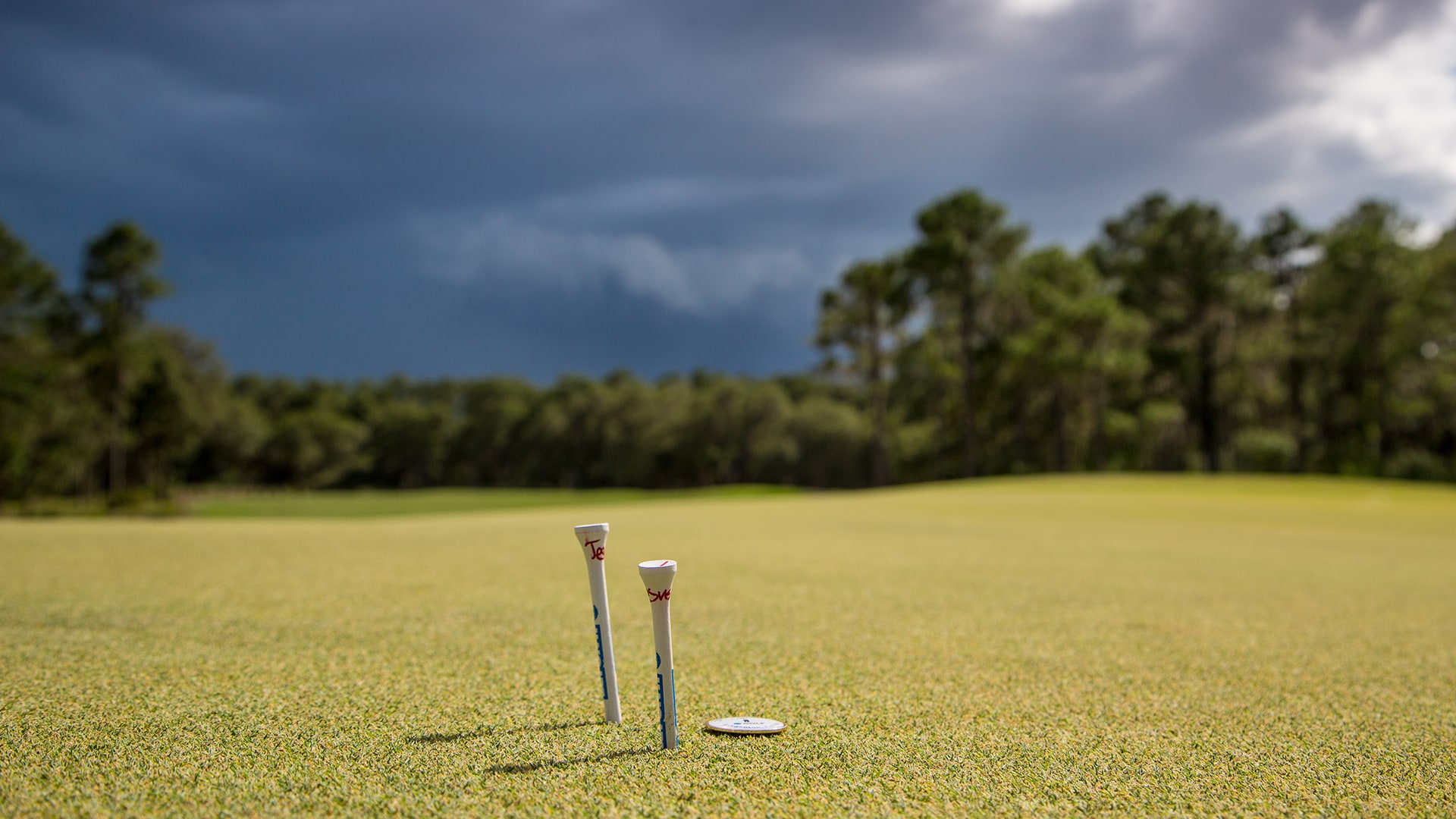 Coastal Carolina picked the wrong time for its worst round of the season.

The Chanticleers shot 7 over on a gettable TPC Dorado Beach layout Sunday in Puerto Rico, finishing the first round of the scheduled 54-hole, 15-team Dorado Beach Collegiate in last place, 26 shots off the pace set by Louisville.

Two days later, after the final 36 holes were washed out because of torrential rain, Coastal was headed home with a crushing result.

Entering the event at No. 77 in the Golfstat rankings and holding a 34-36-2 head-to-head record, Coastal is sure to plummet when the rankings are updated on Wednesday. It will drop further below the .500 mark, as well, to 34-50-2.

Typically, the magic number for NCAA regional qualification falls in the low 60s. Last year, No. 60 in the rankings was the cutoff. Also, the .500 rule in Division I men’s golf prevents teams with sub-.500 head-to-head records from competing in regionals.

In other words, while there is still plenty of golf to be played this spring, what happened in Puerto Rico could end up costing Garren’s squad a spot in the postseason. Coastal isn’t alone.

Michigan State was ranked 74th before tying for ninth, a finish that drops the Spartans to 30-45-4. Indiana was 87th, ted for 11th and fell to 32-46-2. And while Notre Dame is still 71-10-1 after tying for ninth, the sixth-ranked Fighting Irish saw their chances at a potential No. 1 regional seed lessen significantly.

“This is going to hurt big time,” Michigan State head coach Casey Lubahn said. “… We’ll have to do something special now.”

Is this fair? Should shortened 18-hole tournaments count toward rankings and records? Should teams potentially miss out on the postseason because of bizarre circumstances?

Surprisingly, for all the rule changes and proposals college golf has seen in recent decades, the issue has rarely been discussed among coaches and committee members. Even the coaches most negatively affected by this week’s weather in Puerto Rico weren’t ready to call for reform, either.

“Play better solves everything,” Notre Dame head coach John Handrigan said. “That first round is on us. … We know the rules. The only thing that we can control is how we play next week.”

Added Garren: “This is our fault, not the tournament’s fault, not the committee’s fault, but this one’s on us. … We can’t complain. We just had our worst day of the year. It’s just unfortunate that we didn’t get to go out and play and at least try to get another round in.”

UNCG head coach Terrence Stewart, who hosted the inaugural tournament, said that the decision to cancel the final two rounds was “very, very difficult to make.” Rain soaked the course for much of the day on Monday, and when players were in position to start Round 2 on Tuesday morning, four greens were still partially underwater.

With teams having to fly out Tuesday afternoon, the call was made at 8:27 a.m. local time.

“In the end, the feedback that we got from all the coaches was that we made the absolutely correct decision,” Stewart said.

Stewart sees the argument for abbreviated tournaments being considered unofficial, but he favors the status quo.

“The rules that we have work absolutely fine,” Stewart said, “and sometimes this happens.”

Understandably, coaches can’t worry about the minutiae of the college-golf rulebook. They have to play by the rules and focus on winning tournaments. But as we debate season-long substitutions and NCAA Championship host-course access, there is certainly room to discuss what should and shouldn’t count as an official tournament.

College golf differs from other college sports in that the NCAA does not officiate regular-season events. Unlike college football or college basketball, the event is overseen by the host school and host course. Rules officials are provided by the USGA.

Not only do host schools determine the format (that’s another issue, the lack of standardization in college golf, but we'll save that for another time), they also are unfairly in the position to make calls that affect their competition.

Imagine if college football were like this. What would happen if Ohio State decided to cut short a football game against Michigan in which the Buckeyes were leading after three quarters because of rain? There’s a reason the NCAA makes those decisions.

There are other arguments that support 18-hole shortened events being deemed unofficial. In college baseball, does a game count that only gets through four innings? In college basketball, would teams be awarded wins and losses for 22 minutes of play? Even on the PGA Tour, if a tournament is shortened by more than one round, that event is not considered official (remember Adam Scott’s “win” at the 2005 Nissan Open at Riviera?).

(Note, I'm not advocating we get rid of all 18-hole events and dual matches, just ones that were supposed to be 54 holes.)

Some may ask, “Well, do the rankings take into account whether events are 18, 36 or 54 holes?” The answer is no. There are no curves in Golfstat’s formula; this 18-hole event will count the same as if 54 holes were completed.

How is that fair? It’s not.

Lubahn remembers a tournament during his first season with the Spartans. It was at Inverness, and the first 36-hole day was completely rained out. On the second day, his team played well and beat some highly ranked teams. The event was considered official despite just 18 holes being contested.

“When the rankings came out it was like we beat them by three times what we actually did,” Lubahn said.

This time, though, Lubahn’s team was on the other end of the 18-hole sword. Luckily, there is still time for Michigan State, Coastal Carolina and others to bounce back.

But the question remains: should they have to?

“It’s painful, but at the same time, we’re going to add another event to make up for these two days and we’ve still got six left,” Garren said. “There’s time to play well, just this one’s going to hurt.” 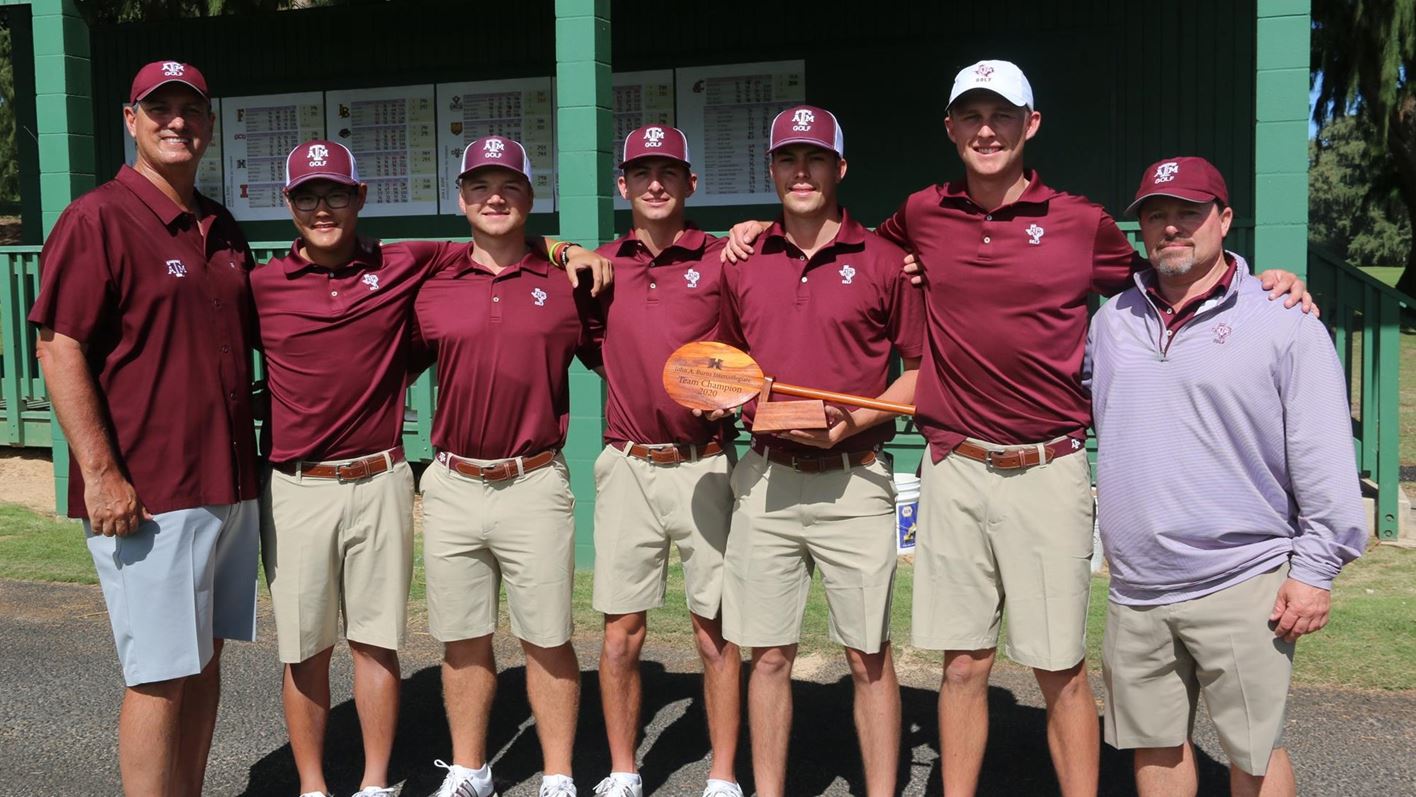 1. Texas A&M remained perfect this spring by winning the John Burns Intercollegiate on Saturday in Hawaii. It was the Aggies’ second win of the season in it came by five shots over runner-up New Mexico. Sam Bennett (T-3) and Jimmy Lee (T-7) led the way for 10th-ranked Texas A&M, which boasted six players at T-22 or better. “We played rock-solid golf up and down the lineup,” head coach J.T. Higgins said. “They earned it; they fought really hard. It was a great job by them.”  BYU was third as senior Peter Kuest got back on track with a T-3 finish. Other notable finishes included Illinois in fourth, Cal and Arizona tied for seventh and North Carolina in 11th.

2. Florida State junior John Pak is on a heater. After winning last week’s Mobile Sports Authority Intercollegiate by six shots, Pak shot 11 under and won the Seminoles’ home event by five shots Sunday in Tallahassee, Florida. Pak, who recently cracked the top 10 in Golfstat’s individual rankings, figures to rise from the current ninth spot after capturing his seventh career individual title, one off Nolan Henke’s school record. “It’s there in the back of my head,” Pak said. “… It’d be nice to surpass someone as good as Nolan Henke. It’s definitely a goal of mine.” Florida State couldn't sweep the trophies, though, as Washington won its fourth title of the season.

3. It was a great day to be an Auburn Tiger on Sunday as both the Auburn men’s and women’s teams earned team titles. The men shot 22 under and won by 18 shots at the Wyoming Desert Intercollegiate in Palm Desert, California. Graysen Huff was runner-up for the Tigers while Brandon Mancheno notched his best finish of the season, a T-3. The women also won in a rout, capturing the Lake Oconee Invitational by 26 shots. Freshman Megan Schofill won medalist honors by two shots for her first career college victory.

4. Playing three rounds with four players after junior Gabi Ruffels had to withdraw with injury, USC got the job done Tuesday at the Bruin Wave Invitational. “We were quadruple-checking our scorecards,” said Trojans head coach Justin Silverstein, whose team ended up beating runner-up and crosstown rival UCLA by two shots. It was close at the end, as USC’s Amelia Garvey tripled her final hole to shoot 72, but USC proved too much with Garvey (fifth), Alyaa Abdulghany (sixth) and Malia Nam (T-8) all finishing in the top 10. UCLA’s heralded freshman Emma Spitz shared medalist honors with Northwestern’s Kelly Sim at 5 under. UCLA actually had three freshmen in the top 7, but one of them (Annabel Wilson) was playing as an individual and the Bruins’ had three starters finish T-28 or worse. Spitz now has five top-10s this season, though Tuesday’s win was the first of her young career.

5. Make that five team titles for the Kent State women this season after the Golden Flashes won the Icon Invitational on Tuesday in The Woodlands, Texas. Kent State entered the final round tied with Purdue for the lead before shooting 11 under to win by seven shots. Caley McGinty (third), Pimnipa Panthong (fourth) and Chloe Salort (T-5) all finished in the top 5 and combined to make just two bogeys in the final round for the Flashes. Top-ranked Texas, playing without fifth-ranked Kaitlyn Papp, placed fourth, the Longhorns’ worst finish of the season.

Denver freshman Anna Zanusso tied the NCAA Division I women’s record with an 11-under 61 in the second round of the Westbrook Invtational. Zanusso went on to win the individual medal, while Mississippi State took the team title. Click here to read more on Zanusso’s record-tying performance.

In the latest episode of the College Golf Talk podcast, Steve Burkowski and Brentley Romine preview star-studded events at the Southern Highlands Collegiate and Cabo Collegiate, and Romine also sits down with Vanderbilt head coach Scott Limbaugh, who had some epic stories for the pod. Click here to listen.

After South Carolina finished a disappointing seventh at the All-American, it appears Gamecocks head coach Bill McDonald had to take on the role of sports psychologist last week: 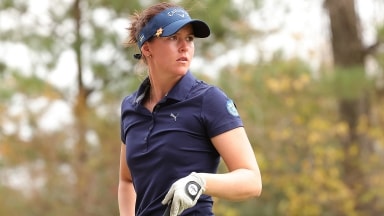 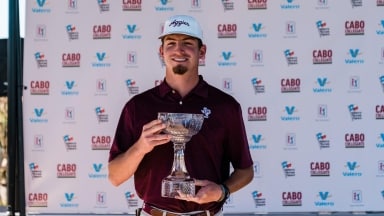