Coody twins, Parker and Pierceson, spur on each other and Texas 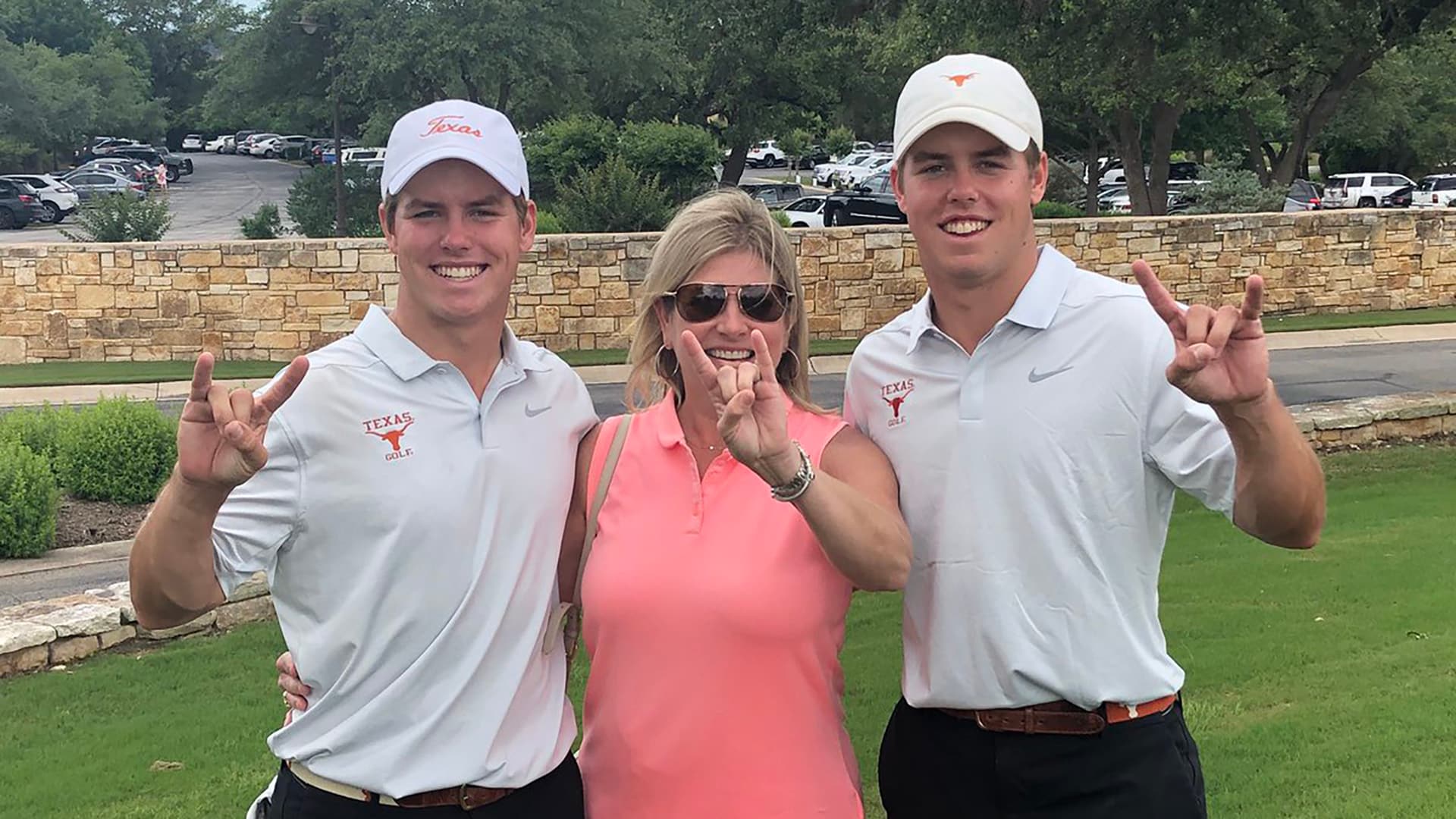 FAYETTEVILLE, Ark. – Twins Parker and Pierceson Coody were 6 years old when they first caddied for their grandfather, Charles Coody, in the Masters Par 3 Contest.

Charles, the 1971 Masters champion, would let his grandkids putt on alternating holes. That year, Parker sunk a long putt on the four. On the ninth, it was Pierceson’s turn to sink a 40-footer.

“That was our first memory together on the golf course,” Pierceson said, “and one that will stick with us forever.”

Thirteen years later, the Coody twins experienced another special moment. The Texas freshmen are competing in their first NCAA Championship, leading the Longhorns into match play, where they advanced to the semifinals Tuesday with a 3-2 win over Oklahoma at Blessings Golf Club.

“I would’ve never dreamt this could happen all those years ago,” said Debbie Coody, the boys’ mother. “But I’m so proud of them.”

Growing up the grandchildren of a green-jacket winner and the son of a former Texas golfer, Kyle Coody, the Coody twins were always going to play golf. What level of golf they would reach, though, was always up to them.

“Having the bloodlines that they have, they’ve grown up dreaming about doing something just like this,” Texas head coach John Fields said. “This was not an impossible dream for them.”

Throughout their young careers, Pierceson and Parker have spurred each other on. Pierceson got into the AJGA invitationals first, while Parker, who nearly won the Texas Amateur in 2017, finished their junior careers ranked higher.

“Pierceson’s doing great, and then all of a sudden it would be Parker’s turn,” Kyle Coody said.

College has been no different. Parker struggled with his driver in the fall, hitting foul balls during qualifying and missing three of Texas’ four fall events.

“Total new experience,” Parker said. “I just showed up to college and just started spraying it right. I missed a few tournaments and it pissed me off. I knew if I played to my ability, I would make the team just fine.”

With help from Chris Como, the twins’ instructor of seven years, Parker reigned in his game off the tee and played eight of nine events this spring. Pierceson had the better debut season, ranking second on the team in scoring average and posting three top-5 finishes.

But this week at Blessings, it was Parker who led the team in stroke play with a T-15 finish. He then earned the clinching point Tuesday with a win over Oklahoma's Garett Reband, making birdie on the penultimate hole before winning, 1 up.

At the beginning of the recruiting process, Kyle Coody wanted his boys to go to different schools. But in the end, it was hard to keep them separated. They have different personalities – Parker is more laid back and Pierceson has more fire – but they are also very close.

“They are highly competitive but so supportive of each other,” Kyle Coody said. “Golf is hard for kids to go out there and be by themselves, but they’ve always had each other.”

The Coodys chose Texas, joining blue-chip prospect Cole Hammer in a star-studded 2018 recruiting class, and decided on the same major – corporate communication. It hasn’t taken long for them to showcase their talent, athleticism and desire.

“They’re right where they want to be,” Fields said.

Kyle and Debbie have followed their kids all week. As for grandad, who lives in Abilene, Texas, and watched the twins play at regionals, he didn’t make the trip because of the course’s demanding walk. (Charles Coody had hip surgery last year.)

But if Texas makes Wednesday’s final, it will be hard for him to stay away.

Coody has always told his grandkids to trust their games, just like he did in 1971, when he prevailed after a close call two years prior.

Always talk yourselves up. Grandad says that a lot.

The twins do an excellent job of that – and for each other. They won’t live together next year for the first time in their lives. But as Parker said, that changes nothing.