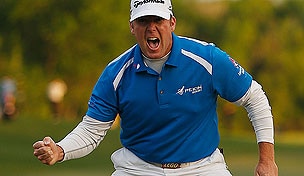 Racing daylight at the end of the Shell Houston Open, D.A. Points endured more than a two-hour weather delay and buried a 13-foot par putt on the final green to win by one and clinch a spot in the Masters. Here is the skinny on the final round at Redstone:

What it means: Points became arguably the biggest out-of-nowhere winner this season, having missed the cut in seven of nine starts with a best finish of T-63. That kind of one-week breakthrough was similar to Michael Thompson at the Honda, and Points exhibited the same touch around the greens to capture his second career PGA Tour title. He got up-and-down on the last two holes, including the long par putt on the final green, to seal his bogey-free 66 and validate his earlier victory, in 2011 at Pebble Beach, when he teamed with amateur partner Bill Murray.

Round of the day: Dustin Johnson closed with 65 – the low round of the day – to post 14-under 274 but will view his round as a missed opportunity, as he missed two short putts on the back nine. He finished tied for fourth, two shots behind Points.

Best of the rest: Needing a good finish in Houston to secure a spot in the Masters, Henrik Stenson easily accomplished that task – and he nearly won the event, too. The Swede shot a final-round 66 and finished one shot out of a playoff, but he found himself well inside the top 50 in the OWGR to clinch a Masters berth. Billy Horschel, who owns the longest made-cut streak on Tour, also shot 66 to share second.

Biggest disappointment: Phil Mickelson ran off four consecutive birdies to start his round, pulling within two shots of the lead. But his run stalled with eight consecutive pars, then he three-putted the 14th green for double bogey, ending his chances and settling for a T-16 finish. Still, it was an encouraging performance for Mickelson, whose ball-striking improved each day in his final start before Augusta.

Shot of the day: After hitting his second shot 43 yards short of the flag at 17, Points hit a brilliant bump-and-run that trickled to within tap-in range, keeping him one ahead as he headed to 18.

Quote of the day: Points, on the winning putter that he stole from his mother in 1987, when he was 11: “She was back home in Florida, yelling at the TV about as loud as I was on the putting green.” 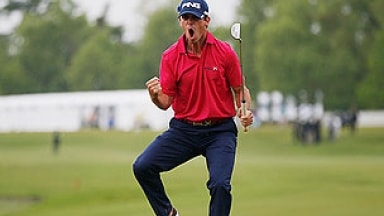 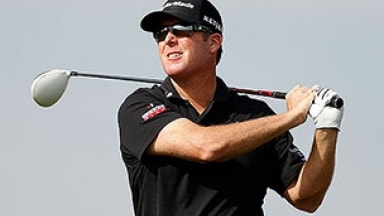 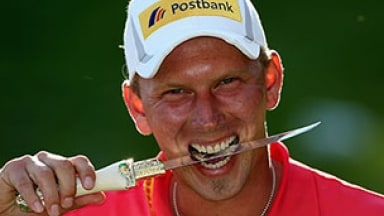