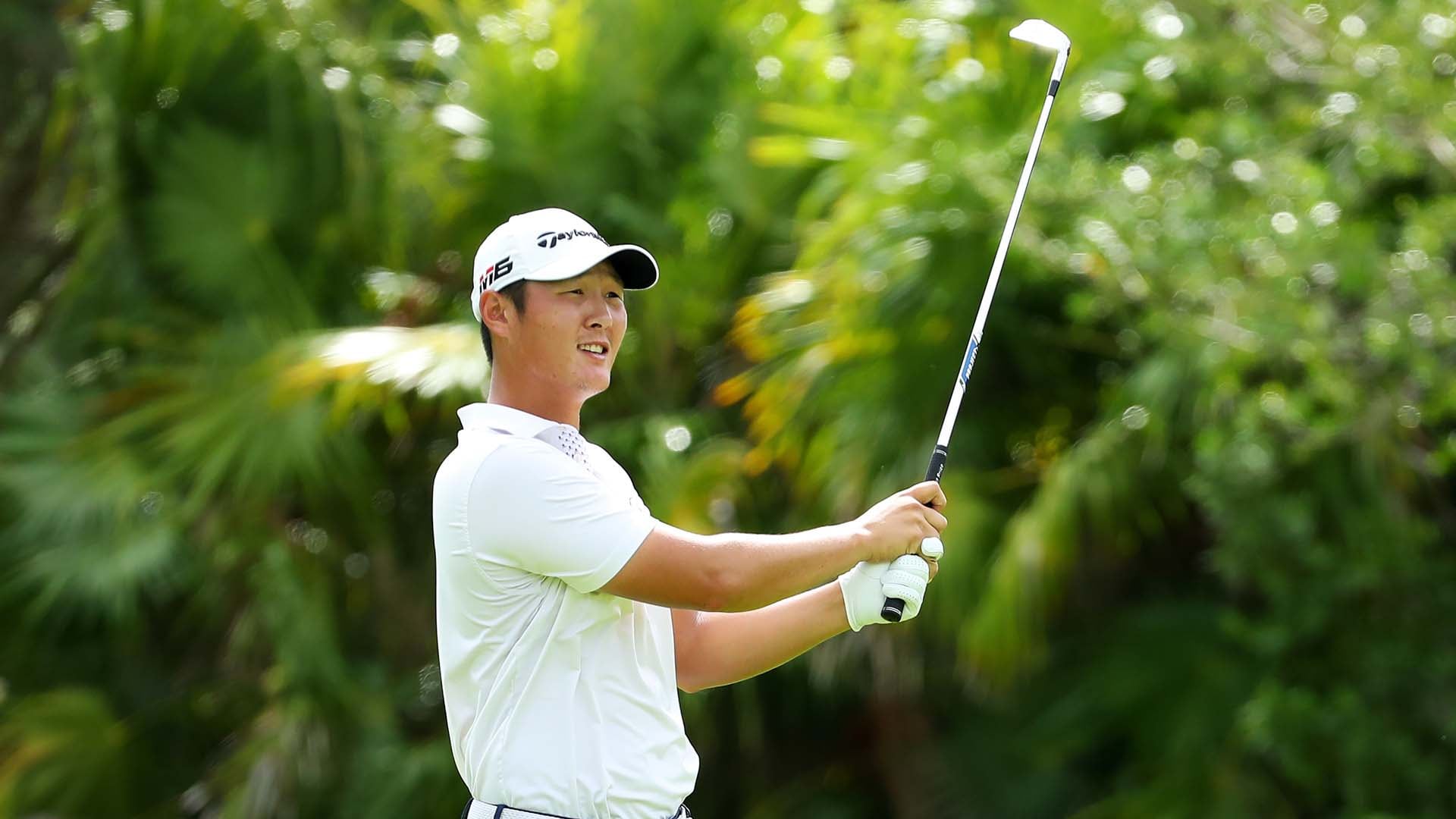 After Thursday’s action at the Mayakoba Golf Classic was completely washed out, players finally got going Friday at El Camaleon Golf Club. Here’s where things stand after 18 holes in Playa del Carmen, Mexico:

What it means: Soft conditions and preferred lies led to some low scores Friday on a layout that usually punishes lack of precision. None was lower than Lee’s 9-under 62, which continued a strong fall for Lee, who placed runner-up at the CJ Cup and shared 10th at the Zozo Championship.

Round of the day: It was #59watch early in Mexico as Lee shot a 7-under 29 on the front nine that included an eagle on the par-5 fifth hole. Using preferred lies, Lee threatened Roland Thatcher’s course-record 61, moving to 10 under through 13 holes, before bogeying the par-4 14th and parring his final four holes.

Best of the rest: Todd, who won two weeks ago in Bermuda, shot 8-under 63 and shares second with Long, who entered the week just outside the top 50 in the FedExCup. Baker, meanwhile, missed his first four cuts this fall before the rookie tied for 31st in Bermuda. Baker tied Lee for the lead through 15 holes, only to miss short par putts on Nos. 16 and 18.

Main storyline entering Saturday: After losing an entire day of competition, players will need all of Saturday to complete their second rounds, which means Sunday will likely include the final two rounds with threesomes, split tees and no re-pairs, or we’ll have to finish things up Monday. The last Monday finish at Mayakoba was 2015, when Graeme McDowell won in a playoff. Coincidentally, McDowell is part of a large group at 5 under that also includes Chez Reavie, International Presidents Cupper Abe Ancer, former world No.1 Luke Donald, rookie sensation Scottie Scheffler and sponsor exemption Alvaro Ortiz, an Arkansas grad and Mexico native.

Shot(s) of the day: Unfortunately, we don’t have video for you, but Cameron Tringale and Chase Seiffert aced the par-3 fourth hole in back-to-back groups on Thursday.