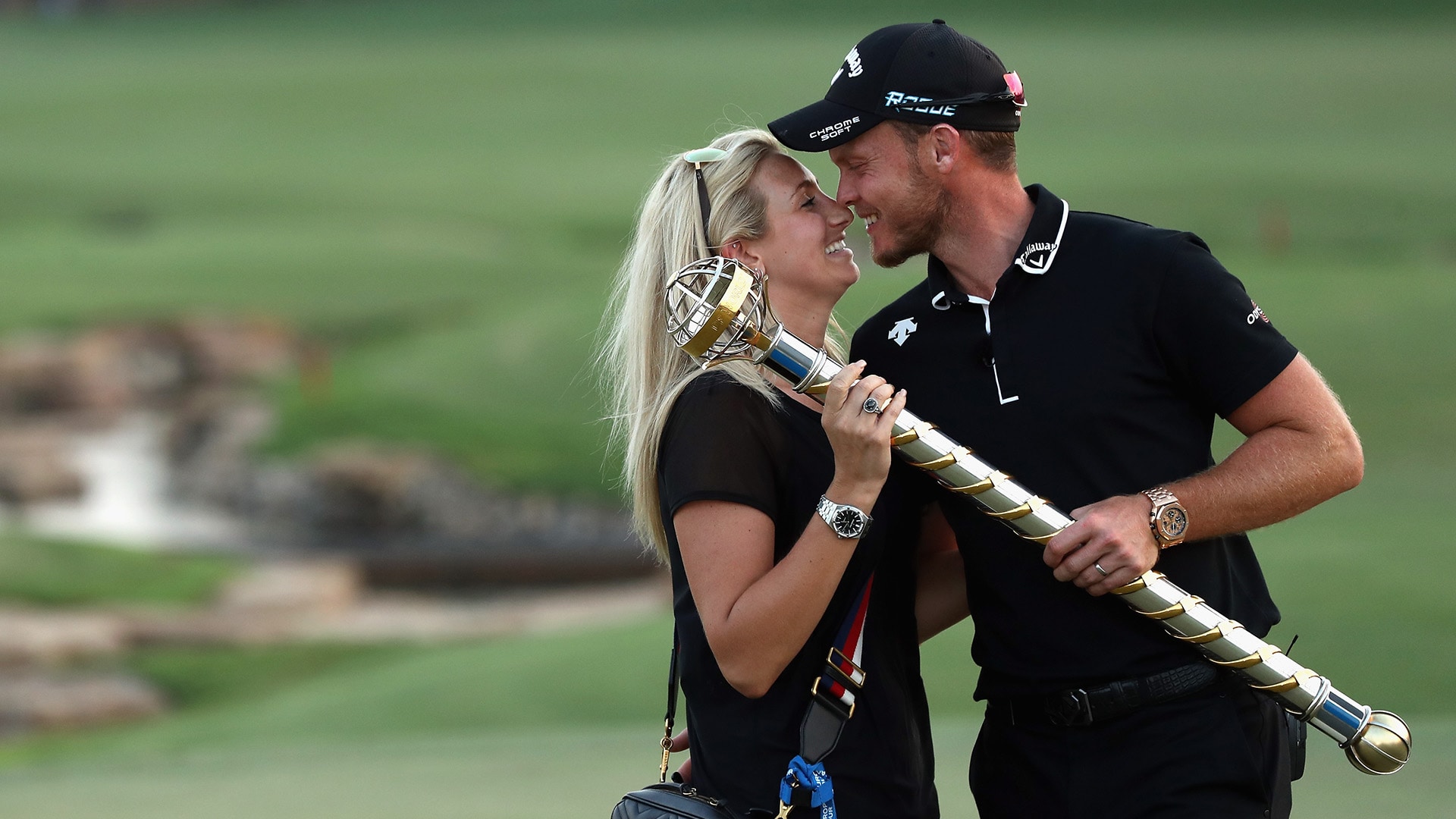 In a year that has included a number of drought-breaking victories, including Lee Westwood and Matt Kuchar as recently as a week ago, it's only fitting that Danny Willett found his way back to the winner's circle.

It's been a prolonged spiral for the Englishman, one that seemingly started as soon as he slipped into the green jacket at the 2016 Masters. Willett moved into the top 10 in the world rankings following his surprise major triumph, but swing, injury and confidence issues cropped up shortly thereafter. He struggled on both sides of the Atlantic, falling as far as 462nd in the world in May. Even this week he teed off ranked No. 276.

So when he held off an elite field to capture the European Tour season finale, winning the DP World Tour Championship by two shots over another Masters champ in Patrick Reed, Willett was understandably emotional.

"It's been tough. I'm just massively proud of myself and everyone that's been around me," Willett told reporters. "You never quite know when a win is around the corner, and with all the things that have happened, I was never quite sure if it was going to happen again."

Willett started the final round in Dubai in a share of the lead, and he moved in front with an eagle on the par-5 second hole. While a pair of back-nine bogeys tightened things between him, Reed and Matt Wallace, Willett closed with three birdies over his last five holes for a final-round 68 to put the trophy on ice.

The finish was a far cry from his 2017 form, when he failed to crack the top 70 in any of the majors. He withdrew from The Players because of a lingering back injury, then made a similar early exit from the U.S. Open at Erin Hills. At one point last summer, he went 16 straight stroke-play events without recording a single top-50 finish.

But a switch to swing coach Sean Foley at last year's PGA Championship signaled a turn, and this year there have been indications that a breakthrough win might be just around the corner: a T-8 finish in Italy, and three straight top-25s across the Irish Open, Scottish Open and The Open this summer. He even finished T-7 two weeks ago in Turkey.

Sunday it all came together, as Willett reminded the world of who it was that chased down Jordan Spieth at Augusta National more than two years ago.

"To happen here at the end of the year, we've battled long and hard throughout the season to come out at the end, regardless of what happened today, a better person and a better athlete," Willett said. "It's been a hell of a lot of work, and it's just nice to be back."