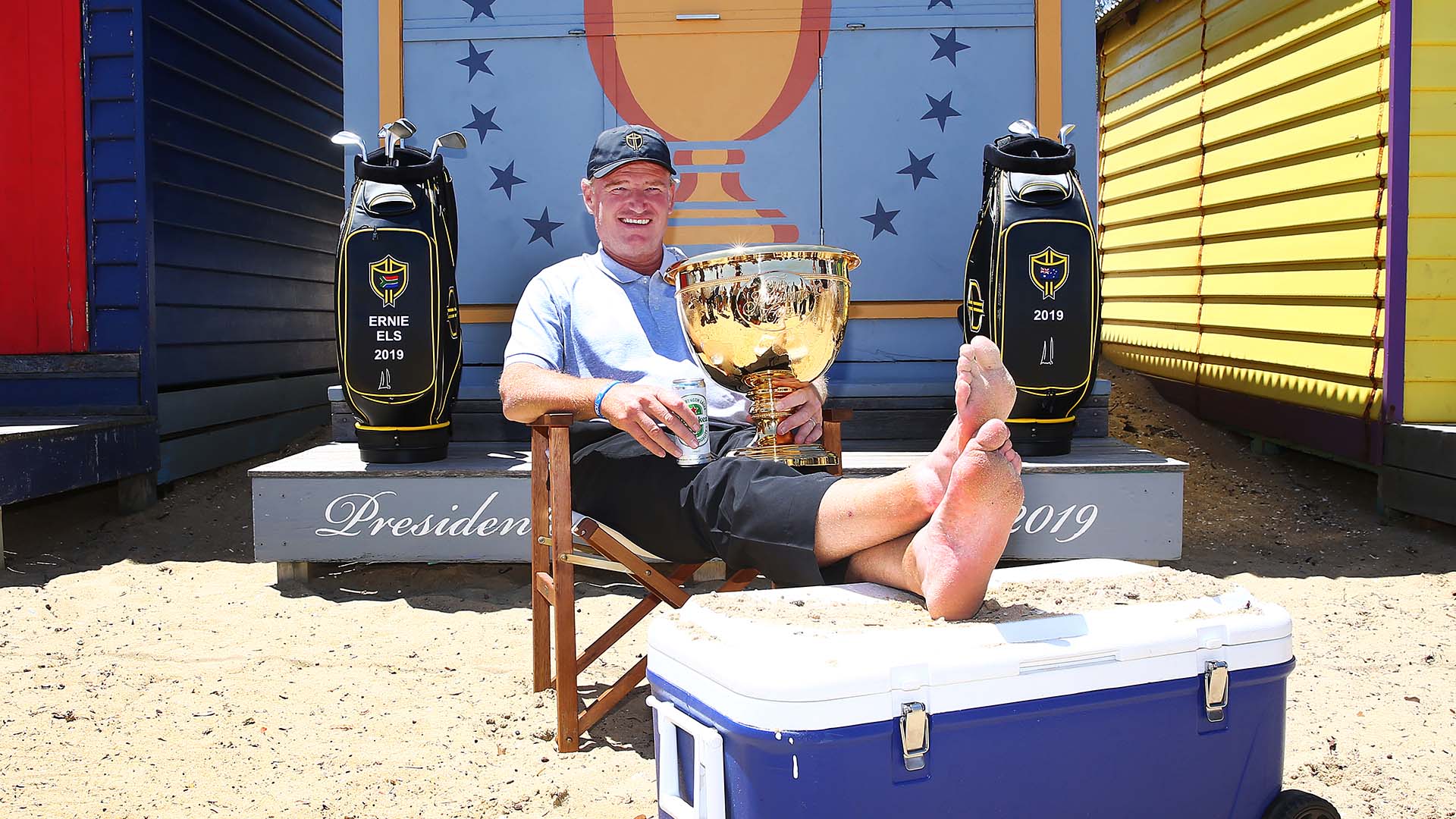 Ernie Els isn’t afraid to shake things up a bit.

Twenty-one years since the last International Presidents Cup team win, 16 years since his squad last held at least a share of the cup, Els knows full well that the typical approach won’t dethrone the favored Americans next month at Royal Melbourne. So he’s willing to take a chance, to ruffle the proverbial feathers and field the youngest squad on record in search of that missing ingredient.

Yes, there is the expected stalwart of Jason Day, the former world No. 1 who will surely be a popular figure in his native Australia. And Adam Hadwin’s participation at the 2017 matches at Liberty National seemed to work in his favor, pushing him ahead of the likes of fellow countryman Corey Conners.

But watching from home will be Branden Grace, Els’ countryman who is just four years removed from a 5-0-0 stint in South Korea. The same goes for Byeong-Hun An, whose match-play pedigree includes a U.S. Amateur victory and who didn’t finish worse than T-14 in three PGA Tour events in Asia last month. So, too, will Conners, who racked up eight top-25 finishes in nine starts since August.

Instead Els is looking to a pair of players whose combined age still doesn’t equal that of U.S. captain Tiger Woods, with 20-year-old Joaquin Niemann and 21-year-old Sungjae Im tabbed to turn the tide against two decades of American success in the biennial matches.

“No pain,” Hadwin said of Im and Niemann. “They haven’t experienced losing yet.”

The picks are not without merit. Im’s marathon 2019 season led to PGA Tour Rookie of the Year honors despite not winning a tournament, and he finished T-11 or better each of the last two weeks in Asia when the Presidents Cup scrutiny was at its highest.

Niemann broke through at the season-opening event at The Greenbrier in September, viewed largely as the first of many Tour titles for a one-time prodigy who has now found his footing on the international stage and will be the only South American representative at the matches next month in Australia.

Els could have leaned on the same rationale that helped build recent International teams. After all, he was in the team room two years ago as an assistant under captain Nick Price, when picks Anirban Lahiri and Emiliano Grillo combined to go 1-4-1 in a lopsided affair on the Jersey shore.

Instead Els opted to inject some new blood, rounding out his 12-man roster with a quartet of picks that ensures he’ll bring six veterans and six rookies with him down to Australia.

Even with a home-course advantage, the task will surely be daunting for Els’ newly-minted squad. The internationals have not won the cup outright since 1998, and they haven’t halved the matches since 2003. On paper, seven of the eight automatic qualifiers for the U.S. are ranked ahead of the top-ranked International participant, world No. 17 Adam Scott.

And there’s reason to believe Els needs to think outside the box. While the last matches on international soil came down to the final matches in South Korea, the subsequent edition nearly ended before the Sunday singles’ matches. Saddled with two decades of American success, as expected as it is unsurprising, this event could use every shot in the arm Els’ team can provide.

But it’s not a situation from which the four-time major champ is shying away. Instead he’s ready to take the challenge head-on, equipped with a few new talents he hopes will make the difference in a traditionally lopsided affair.

Whether they’ll prove to be the missing ingredient won’t be known for another six weeks. But one thing’s for certain: Els is done relying on Plan A while simply hoping for a better outcome.

“I didn’t want to stray too far from my core beliefs,” said Els. “I’m picking guys to make the team who will play. I’m not here to hide anybody. I’m here to win enough points to get us over the line.”