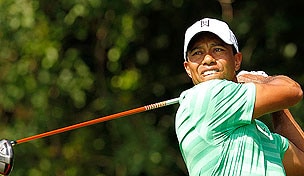 Just like last year, Tiger Woods will be plenty busy in the run-up to The Masters.

On Tuesday, as expected, Woods officially committed to next week’s WGC-Accenture Match Play Championship, as well as The Honda Classic and WGC-Cadillac Championship at Doral. World No. 1 Rory McIlroy is also expected to play in the next three events.

Woods, ranked second in the world, won his PGA Tour season debut at the Farmers Insurance Open and will return next week at the 64-man Match Play event that he has won three times (2003, ’04 and ’08)

After that, Woods will tee it up again at the Honda Classic. This news comes as no surprise: The Honda, scheduled for Feb. 28-March 3, is his new hometown event after moving to Jupiter Island. Last year, in his first start as a pro at PGA National, Woods shot a final-round 62 to finish two shots behind Rory McIlroy.

“I’m excited to be playing in the Honda Classic again,” Woods wrote on his website. “I like the golf course, and I came pretty close last year. It’s part of a busy stretch for me, and I want to continue playing well.”

The following week, Woods will head to Doral for the Cadillac Championship, an event he has won six times. Last year, he withdrew during the final round with tightness in his Achilles’ tendon. 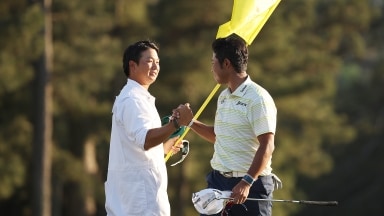