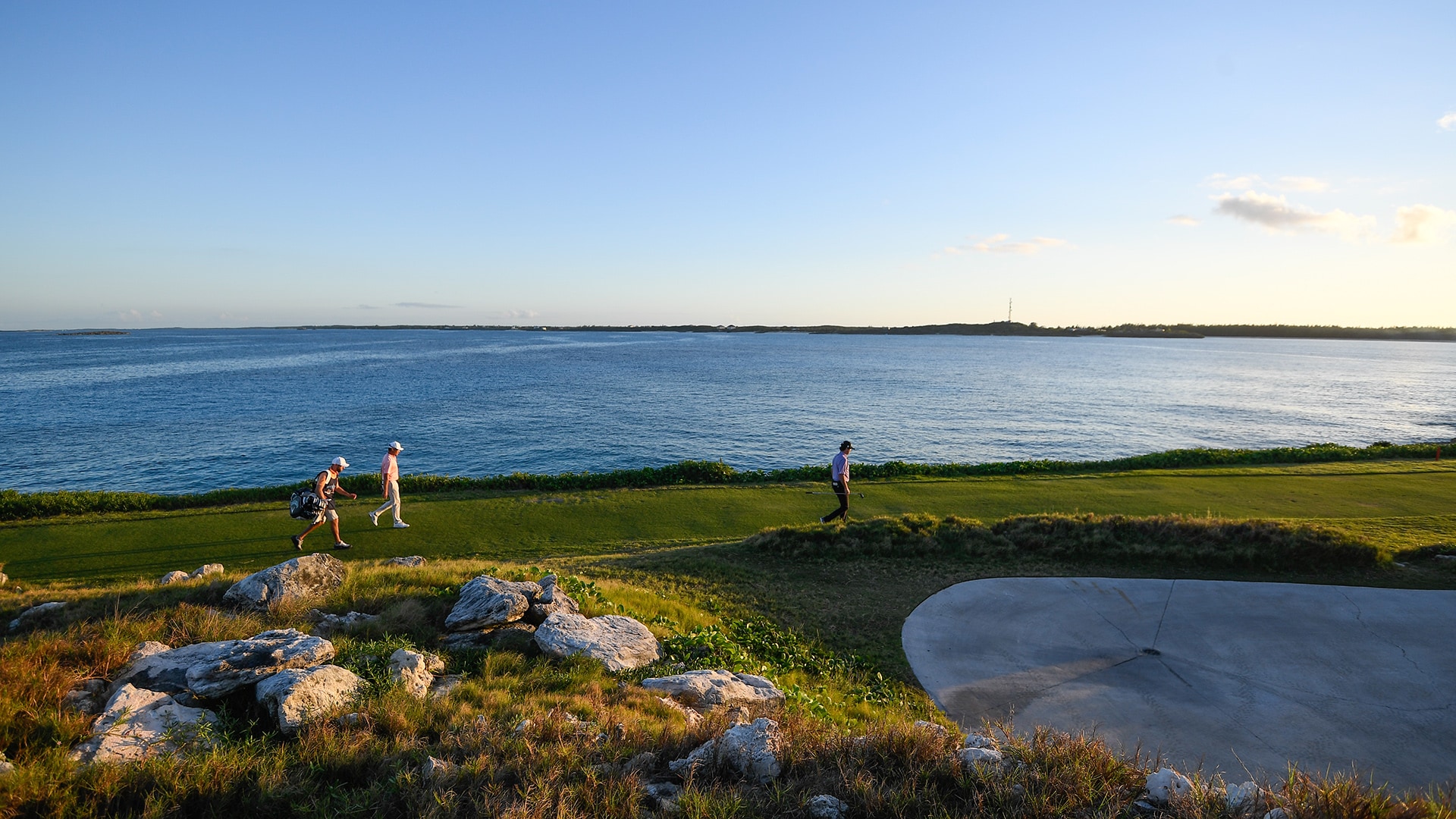 Wade Binfield's 4-under 68 holds the clubhouse lead, but first-round play was suspended after a windy Sunday at the Web.com Tour's Bahamas Great Abaco Classic.

Binfield, a 31-year-old former substitute teacher who is playing this week on a sponsor exemption, made five birdies and just one bogey despite heavy winds that at one point caused a 1-hour, 33-minute delay thanks to gusts as high as 35 mph.

“That’s one of the best rounds I’ve played,” Binfield told PGATour.com. “Certainly the best in a long time. The wind was just constant, and a lot of big gusts out there too. I just tried to stick to my game plan and how to get it in there with the wind.

Binfield is tied atop the leaderboard with Cody Blick, who made headlines in December after having his golf clubs stolen before the final round of Q-School. Blick made four birdies and was bogey-free through nine holes before Round 1 was suspended because of darkness. None of the afternoon groups were able to finish their opening rounds, with the last group through eight holes.

“We’re all used to wind in a sense, but we’re not used to seeing balls move this much in the air,” said Harry Higgs, who is part of a 10-way tie for sixth after a 2-under 70. Norman Xiong, Byron Meth and Max Rotluff also finished up 70s on Sunday while John Oda, Blayne Barber and Carl Yuan are among those in that group with holes still to play.

Brad Hopfinger (through 14 holes), Michael Arnaud (through 13) and Vince Covello (through 12) are tied for third at 3 under.