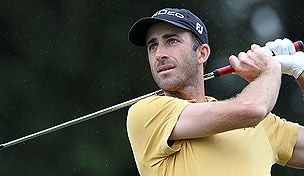 This is the final week to qualify for the first World Golf Championship event of the season, the Accenture Match Play Championship. But only five players around the top-64 bubble are teeing it up this week.

The 64 players in the Official World Ranking as of Feb. 11 will be eligible for the WGC-Match Play, which begins Feb. 20 at Dove Mountain. The tee times and bracket will be unveiled once the rankings are updated following the final round of the Northern Trust Open.

This week’s AT&T Pebble Beach National Pro-Am and Joburg Open are the final opportunities for players to accrue world-ranking points.

At Pebble Beach, No. 56 Rafael Cabrera Bello and No. 58 Tim Clark will be looking to hang onto their spots, while No. 69 Geoff Ogilvy, No. 71 Brendon de Jonge and No. 73 Fredrik Jacobson all need good results to play their way into the WGC field.