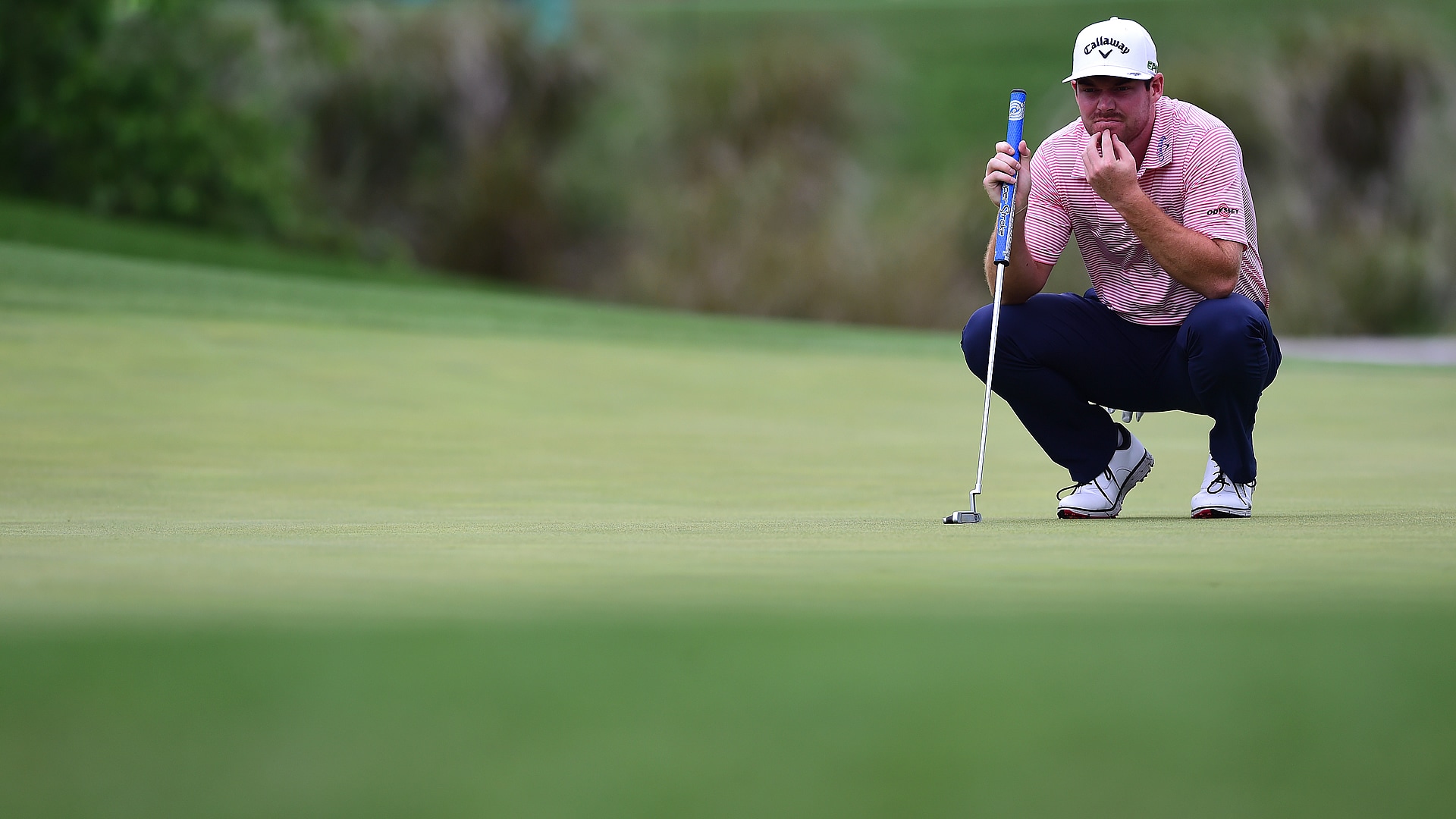 SAN ANTONIO - Grayson Murray fixed a flaw in his swing and hit the ball well enough that blustery conditions weren't an issue for him Thursday in the Valero Texas Open.

Coming off a missed cut at Hilton Head last week, Murray made seven birdies for a 5-under 67 and a one-shot lead. His only mistake was a double bogey from a greenside bunker on the par-3 seventh hole.

''Just the fact I did give myself enough opportunities today for birdie, it took a lot of pressure off,'' Murray said.

Of the five players at 68, only Chesson Hadley played in the morning side of the draw, and he called it among his best rounds of the year because of gusts. The wind died in the afternoon and scoring improved slightly on the AT&T Oaks Course at the TPC San Antonio. Keegan Bradley, Ryan Moore, Billy Horschel and Matt Atkins each posted 68. Horschel and Moore played bogey-free.

''Struck the ball really well, something that we've been working hard on,'' Horschel said. ''Could have been better, yeah. I didn't really make anything out there today. But I'm happy with it.''

Sergio Garcia, who consulted Greg Norman on the design of the course, played the Texas Open for the first time since 2010 and shot a 74. Adam Scott failed to make a birdie in his round of 75. Scott is at No. 59 in the world and needs to stay in the top 60 by May 21 to be exempt for the U.S. Open.

Harris English was in the group at 69, while two-time Texas Open champion Zach Johnson, Nick Watney and Brandt Snedeker were among those at 70. Johnson saved his round by going 5 under over his final five holes, starting with a 12-foot eagle putt on the par-5 14th hole. He birdied the last three.

Murray was coming off a pair of top 15s at Bay Hill and the Houston Open when his game got away from him last week in the RBC Heritage, and he shot 74-70 to miss the cut. He got that sorted out in the five days between teeing it up in San Antonio.

He said he was coming down too steep, which meant he would flip his hands and hit a sharp draw or pull out of it and hit it short and right.

''I was hitting each club 10 yards shorter than I normally do, and you can't play like that because your caddie is trying to give you a number and a club, and you keep hitting these bad shots or keep coming up short,'' Murray said. ''I got back to the basics with the setup and the takeaway, got my club in a better position at the top, which kind of frees my downswing. Then I can start going at it.''

Even so, Murray thought he wasted his good start - three birdies in his first six holes - when his bunker shot at No. 7 came out with no spin and rolled off the green into a deep swale. He hit his third short to about 7 feet, but missed the putt and took double bogey.

''I would have loved to limit that to a bogey because bogeys don't really kill you - doubles are the ones that now you've got to have an eagle or two birdies to come back with, and out here it's kind of tough to make birdies,'' Murray said. ''But I kept my head. My caddie keeps me very positive out there, that's why I think we could finish 4 under the last nine holes.''

Only 34 players in the 156-man field managed to break par.

Horschel missed four birdie chances inside 18 feet on the back nine. What pleased him the most was the way he struck the ball, particularly after his tie for fifth last week at the RBC Heritage. Horschel was one shot behind going into the last round and closed with a 72.

But he's all about momentum, and he can only hope this is the start of one of his runs. Horschel won the FedEx Cup in 2014 when he finished second and won the final two playoff events.

''I'm a big momentum player. I've got to get the train moving forward,'' he said. ''I've always been a guy who gets on a little roll, get that train moving and jump in that winner's circle.'' 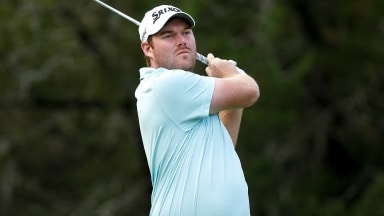 Amid a feast-or-famine season, Grayson Murray appears poised for another meal after taking the early lead at the Valero Texas Open.