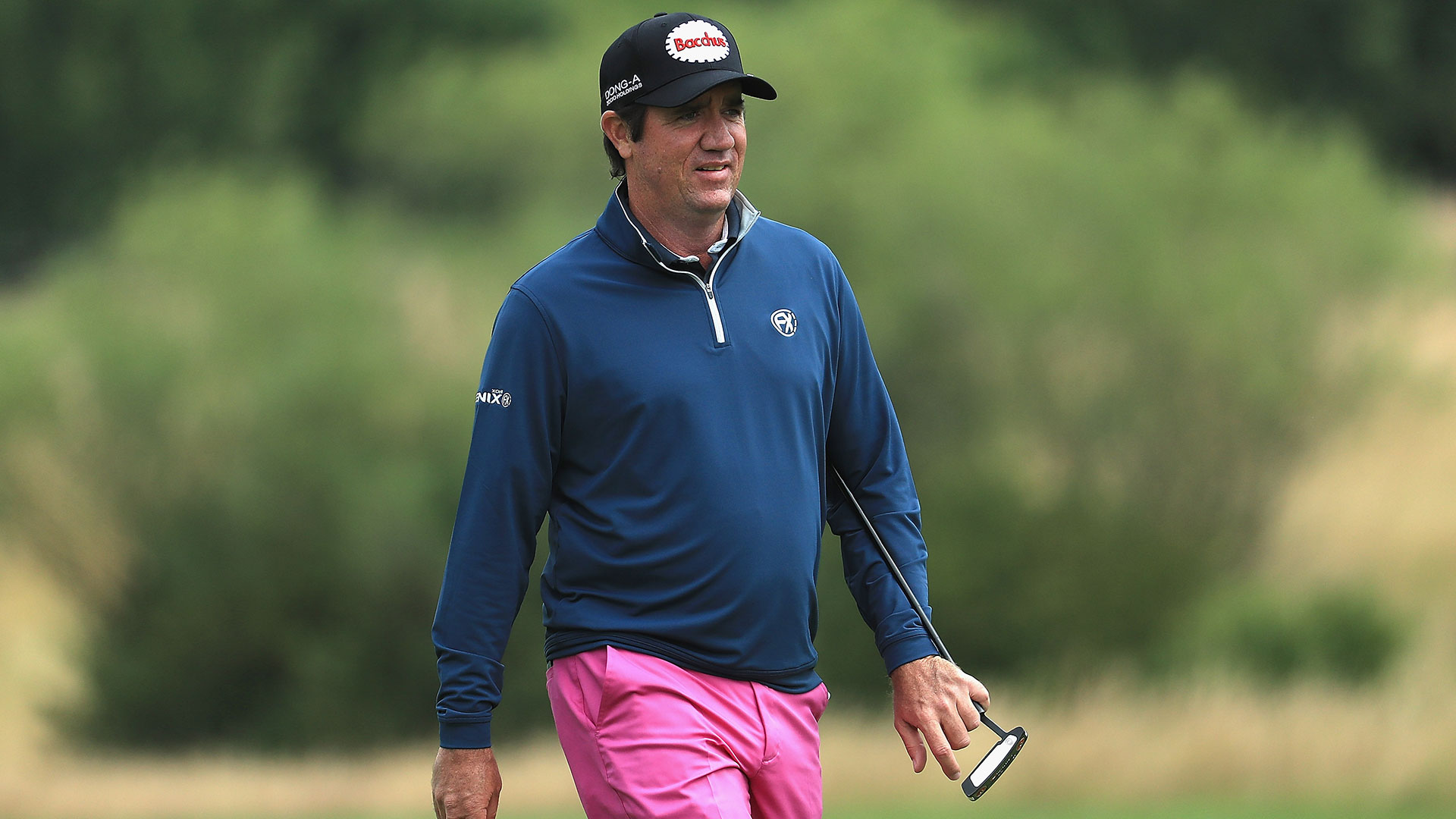 PULHEIM, Germany – Australia's Scott Hend shot a 5-under 67 to lead by one stroke after the second round of the BMW International Open on Friday.

Hend had four birdies and atoned for a bogey on the 10th hole with an eagle on the 15th as he finished on 6-under 138, one ahead of Chile's Nico Geyger and Sweden's Henric Sturehed.

"I just played conservatively," Hend said. "Just trying to play on to the fairways and keep out of the long brown stuff."

Aaron Rai had a hole-in-one on the 16th. The English player carded a 71 to join German pair Martin Kaymer and Maximilian Kieffer, France's Sebastien Gros and Australia's Nick Cullen on 4-under./p>

Denmark's Thorbjorn Olesen and Soren Kjeldsen were on 3-under. Defending champion Andres Romero was 2-over after a 75.