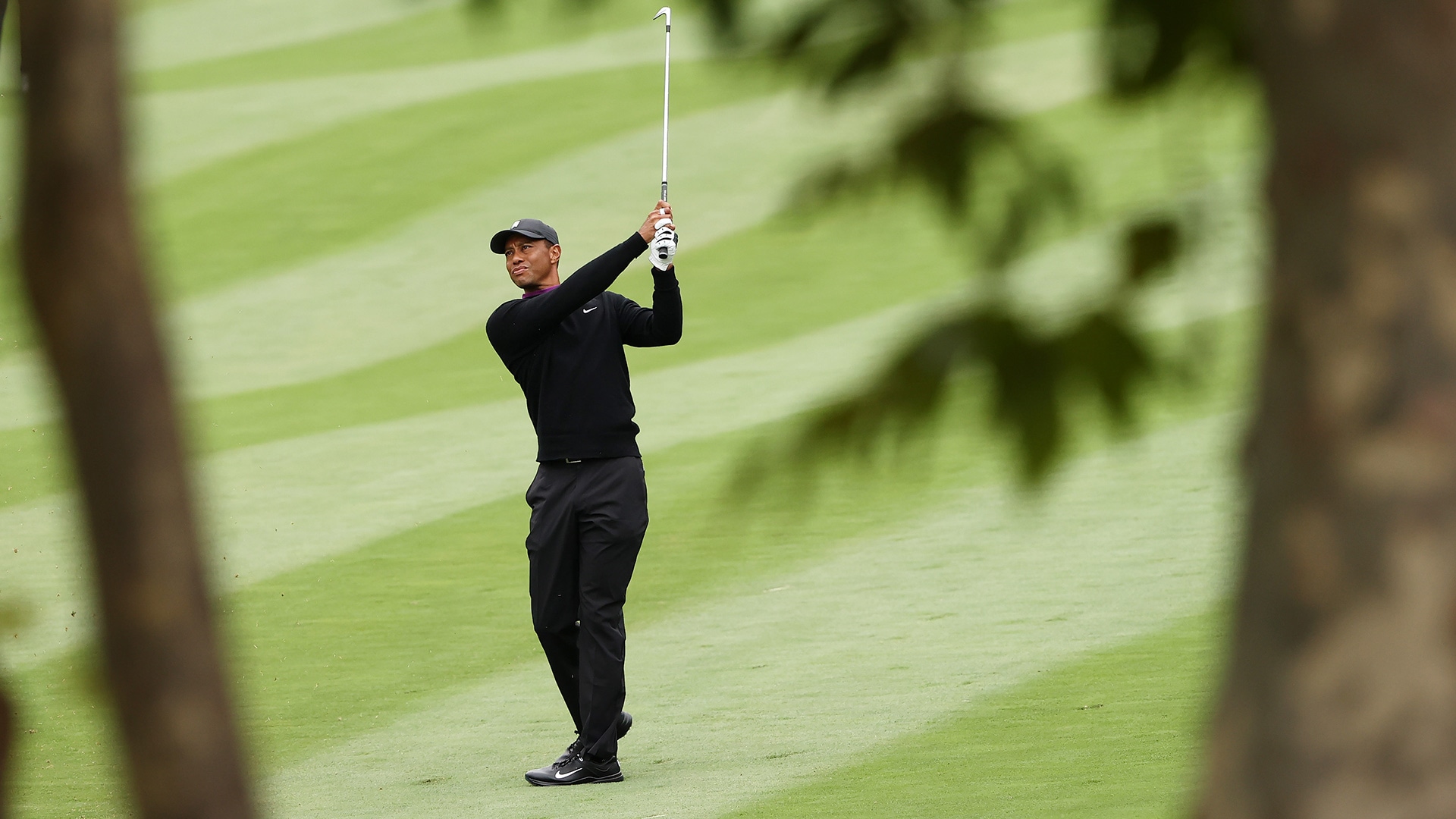 Tiger Woods had a career-worst day on the par-5s Thursday at the Zozo Championship, playing three of them in over par for the first time in his PGA Tour career.

He's solved those issues so far in Friday's second round at Sherwood Country Club.

Woods produced birdies at the par-5 second and par-5 fifth as part of a five-birdie front nine. He also had a bogey at the par-3 third as he made the turn in 4-under 32, which had him at even par but also double-digit shots off the pace.

He then added his third par-5 birdie of the day, at the par-5 11th hole, after nestling a nifty ship from an awkward lie. He has two more par-5s remaining, Nos. 13 and 16.

Though a disastrous first-round 76 likely ended his chances of contending, Woods has looked much better in Round 2, especially with his approach play. He gave himself a 2-foot look at birdie from 141 yards at the par-4 fourth and made the putt to start a three-birdie run.

The run ended with a 4-foot birdie make after Woods nearly holed his 180-yard approach at the par-4 sixth.

His front-nine-capping birdie at the par-4 ninth came on a 16-foot putt, his longest of the round so far.