The executive director of the International Golf Federation told AroundTheRings.com that the organization is “very concerned” because of construction delays on the Olympic golf course for the 2016 Summer Games.

“There is now very little time available to construct and condition a championship standard golf course,” Anthony Scanlon said, according to the report. “The IOC is aware of our concerns and the IGF is hopeful that the upcoming IOC Coordination Commission visit to Rio de Janeiro will address these.”

The construction of the golf course was set to begin in October, but was delayed because of a land dispute.

Rio 2016 communications director Carlos Villanova downplayed any concerns with the project, telling the website, “The Organizing Committee has been keeping IGF informed of all developments and counted on its expertise in several occasions, including the selection of the design for a new golf course. American designer Gil Hanse has already relocated to Rio as planned, to oversee the construction works. The necessary legislation has been voted by the Rio de Janeiro Council; hence the start of construction remains on track for April.” 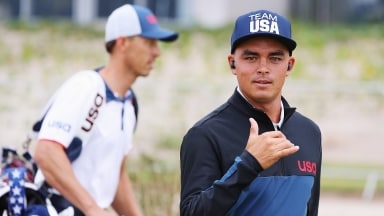 Rickie Fowler said it's possible for a mixed team format to be added to the Olympic golf schedule. 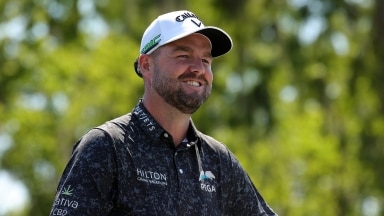 Adam Scott's Olympics withdrawal was particularly impactful for Marc Leishman, who moved to second on the qualifying list for Australia.