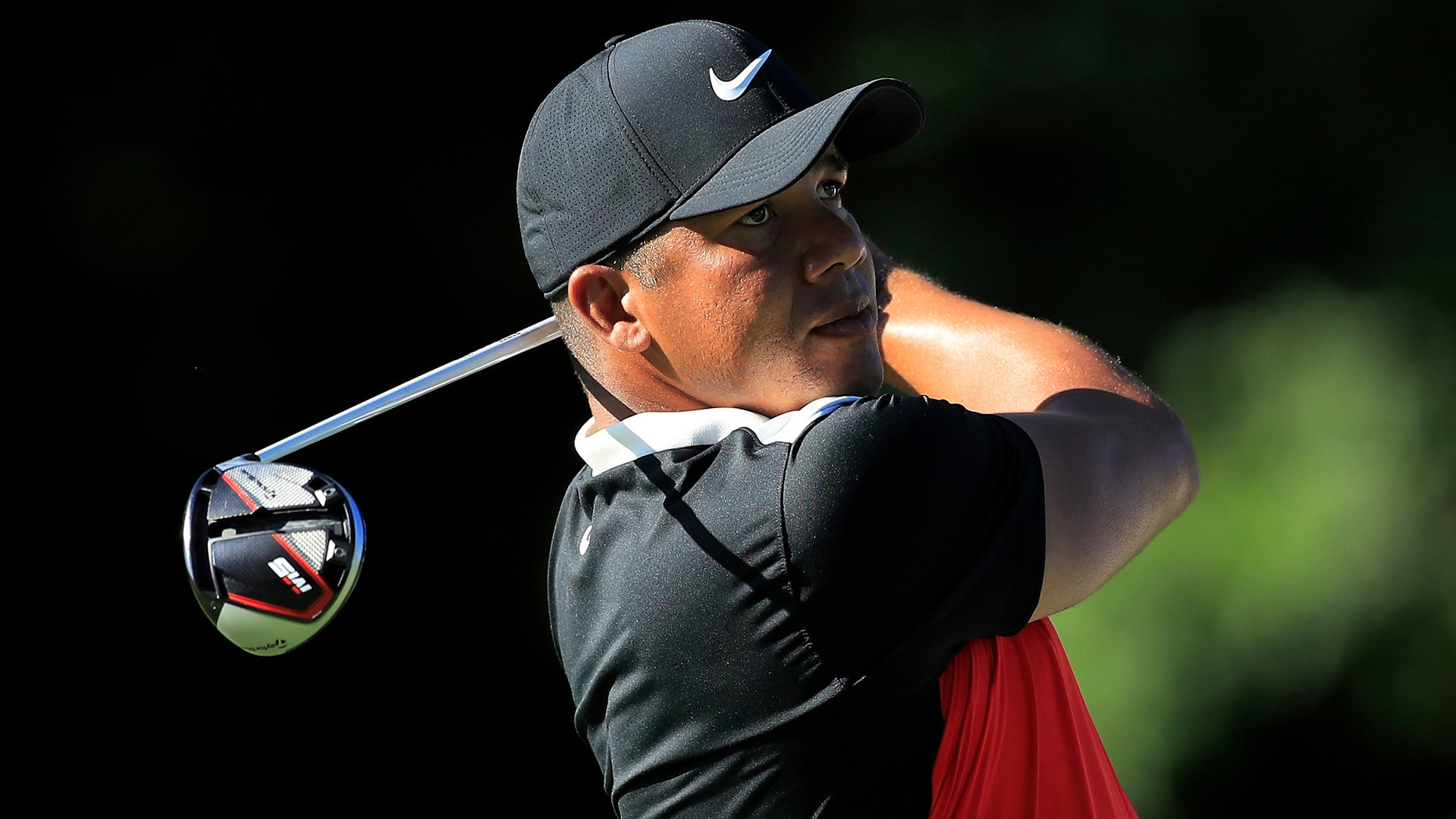 With most of the PGA Tour’s stars taking the week off or playing in Scotland, the John Deere Classic was likely going to offer the chance for players to resurface atop a leaderboard and collect some much needed FedExCup points. On cue, Jhonattan Vegas leads Andrew Landry by a shot at the halfway point of Revitalization Week at TPC Deere Run:

What it means: A week after Matthew Wolff and the young guns dominated the headlines in Minnesota, we’ll enter the weekend in the Quad Cities with some contenders we haven’t seen in a while. Vegas, who had missed four of his past five cuts entering the week, has slipped to 89th in the world – a T-3 at The Players the only reason he was back inside the top 100 in the first place. Landry, who won for the first time on Tour last summer, has slipped 102 spots in the world rankings and hasn’t had a top-25 finish on Tour in more than a year. And then there’s Berger, now No. 104 in the world; Chris Stroud, who has now made two weekends in his past 10 tries; and Henley, who is shockingly ranked 200th in the world and had made just one cut in his last seven events before this week. All three are within four shots of Vegas.

Round of the day: Vegas did it all Friday, making nine birdies, missing just two greens and holing over 117 feet of putts to shoot 9-under 62, the best round of his Tour career.

Best of the rest: Glover fired a 7-under 64, highlighted by the shot of the day (see below). Landry and Varner each used second-round 65s to climb into the top 4. Varner is looking for his first top-10 since Phoenix. Roger Sloan and Chris Stroud were among the other players to shoot 6 under.

Biggest disappointment: Cameron Champ continued his struggles, entering the day at even par and with a chance to make the cut. However, Champ shoot 75 to punch his ticket home.

Biggest storyline entering the weekend: With just four weeks remaining until the start of the FedExCup Playoffs, the John Deere Classic is one of the final chances for players to secure their spots in the Tour’s postseason. Vegas is comfortably at No. 70, though a win would move him inside the top 30. Landry and Henley are both well outside the top 125, and Henley would have to go to the Korn Ferry Tour Finals should he fail to move inside that number. Bill Haas and Stewart Cink are other veterans in contention who desperately need a FedExCup boost. Of course, there’s also a spot in The Open on the line. Glover is the only player inside the top 10 who is already qualified.

Shot of the day: Playing alongside Wolff, Kevin Tway showed off his driving ability on the 14th hole. #Gainz

But that's the not the shot of the day. That belongs to Glover, who holed his 255-yard second shot at the par-5 10th hole for an albatross.

Quote of the day: “It was business. I was grinding my tail off. No, it was a lot of fun. I mean, I guess you guys can see the scorecard. I haven't really looked – I signed the scorecard, but I didn't really look at it. Yeah, I just feel like I'm doing a lot of good things.” – Varner 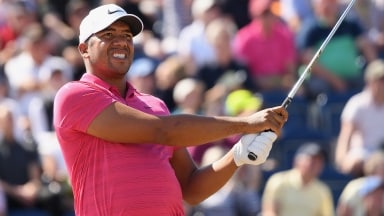 After a visa issue left him scrambling at The Open in July, Jhonattan Vegas has withdrawn from this week's CIMB Classic in Malaysia because of an expiring passport.