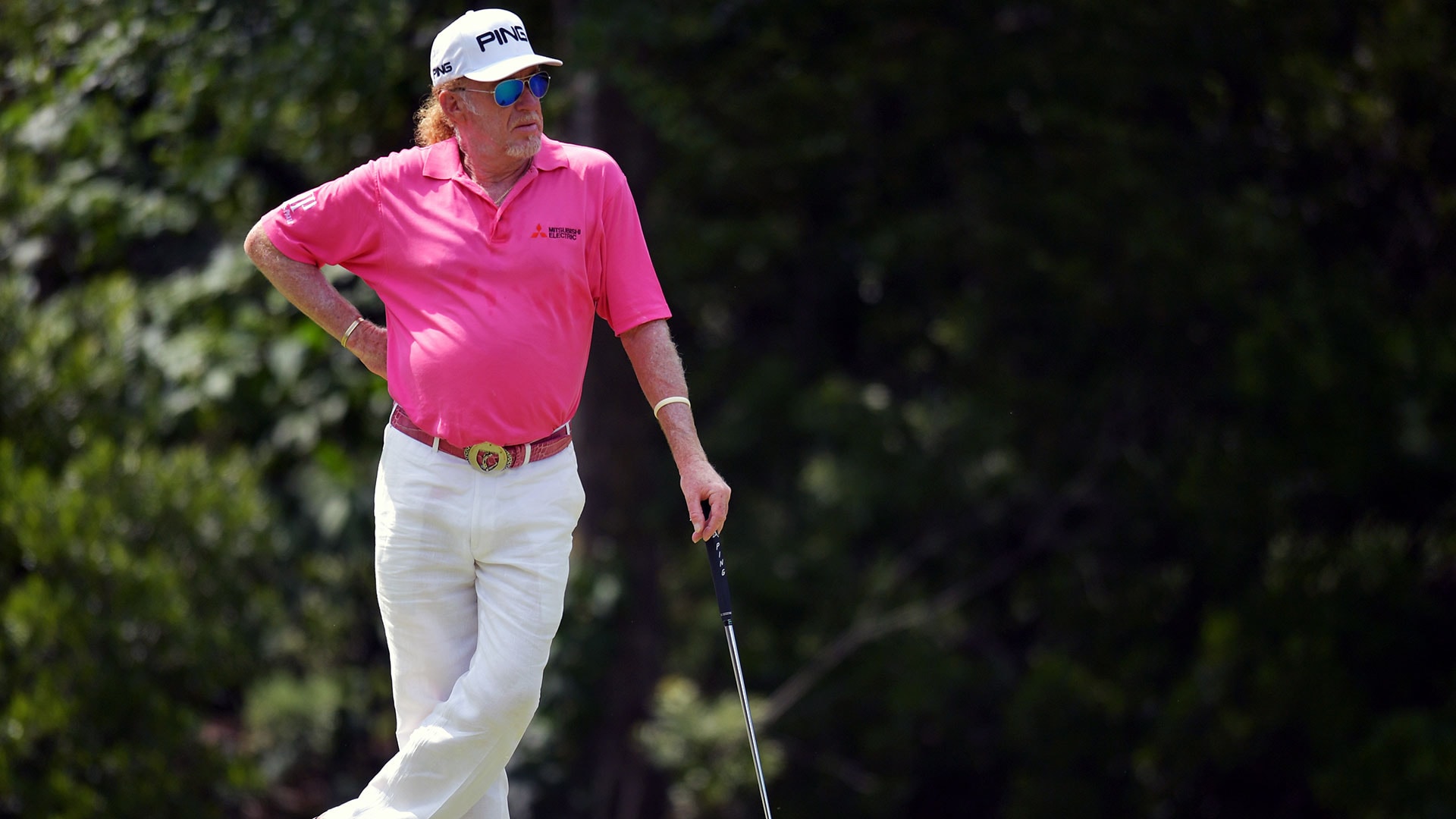 BIRMINGHAM, Ala. – Miguel Angel Jimenez wasn't about to change his evening plans even with a shot at winning his first senior major championship.

Jimenez shot a 6-under 66 on Saturday to take a three-stroke lead into the final round of the Regions Tradition and planned to relax with cocktails and a cigar.

Jimenez has six top-five finishes in senior majors but is seeking his first victory. The Spaniard has four PGA Tour Champions titles.

Jimenez got his fourth birdie over the final nine holes on No. 18 after caroming his approach shot off the grandstands and back to about 15 feet from the hole. That set up a two-putt for birdie.

Stricker eagled the par-4 eighth in a 65. He estimated his eagle was about 158 yards with a 9-iron, and he didn't get to watch it go in.

''It was kind of over a little knob, a bunker that we couldn't see the green,'' he said. ''And then birdied 9, so that two-hole stretch kind of really got my momentum going, made the turn in 4 under instead of maybe 2 or something like that.''

Sauers had shared the second-round lead with Jimenez. He was a shot back before a double bogey on No. 15 when his approach shot went into the woods right of the fairway and he wound up three-putting.

Sauers had opened with his first bogey of the tournament on No. 1 but then started a run of five straight birdies on the 10th hole.

Durant closed with his second eagle of the round on No. 18.

''I got really lucky because I pulled my second shot, and I didn't think it would carry the water to be quite honest, but it did,'' Durant said. ''And I took advantage and made a good putt.''

Durant also had an eagle on the second hole and one birdie with no bogeys. He eagled No. 18 in the first round as well.

Sutherland had four birdies and a bogey over the final nine holes. He closed with a birdie.

Stricker wound up with five birdies and a bogey and his 28th consecutive round under par, the fourth longest streak in Tour history.

Stricker already has two wins and is second in the points standings despite playing in only four other tournaments.

He'll be chasing Jimenez, whose potential eagle on No. 13 was on target but hit the flag to set up a tap-in for birdie.

Jimenez birdied on par-3 No. 14 from the edge of the green after just clearing the bunker. Those kind of shots helped him have an even better time on the course than usual.

''Of course, you cannot beat this,'' Jimenez said. ''Look at our office. Beautiful sunshine, nice grass, nice golf course, nice people around, you know. You can't beat this, really. I enjoy it.

''I always tend to enjoy myself on the golf course. That's the main thing, that you are happy.''

Two-time defending champion Bernhard Langer shot a 66 but is still nine shots back. He had four birdies, an eagle and a bogey on the first nine holes to move to 8 under.

Langer came in seeking to become the first to win three straight since the Tradition started in 1989.