In just 2nd tournament since September, Rachel Heck medals at U.S. Women's Am 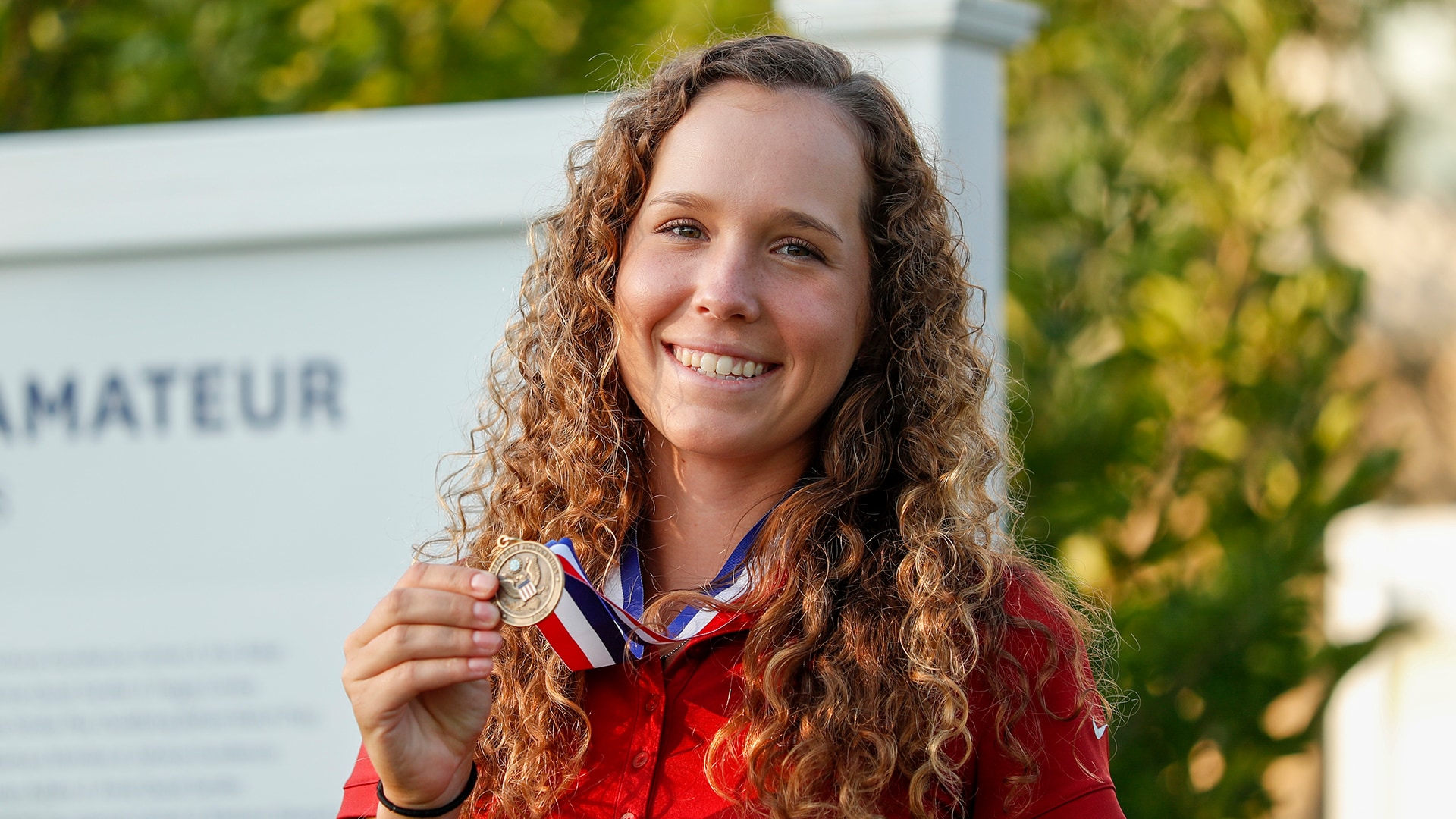 Heck, the 18-year-old from Memphis, topped the stroke-play leaderboard at a soaked Woodmont Country Club, where Hurricane Isaias caused Tuesday’s action in Rockville, Maryland, to be completely wiped out. Heck came out early Wednesday morning and made five birdies as part of a second-round, 1-under 71.

“Even after the rain today, I was surprised how well it was playing,” Heck said. “Yeah, it's pretty tight, so we were focusing on hitting fairways, hitting greens, not trying to do anything crazy, and that's kind of been my game plan and it's worked out well so far.”

Heck, at 4 under, was one of just seven players to finish stroke play under par and one of only three to card two rounds in red numbers (Michigan State’s Valery Plata and Wake Forest’s Emilia Migliaccio, who tied for second, were the others).

Not bad for just her second tournament since the Junior Solheim Cup … last September.

Left with nothing to play, Heck retreated to her home club, Spring Creek Ranch in Collierville, Tennessee.

“I think before quarantine, when I got to the course on the weekends, I would practice for seven, eight hours,” Heck said. “I didn't really play that much. I don't know why; I just didn't.”

That is, until she linked up with a group of regulars at the club.

“They are all very good players, so I'm playing a competitive round every single day,” Heck said. “But when I started tournaments again, when I played the North and South, I just didn't know how my game would be.”

Heck was pleasantly surprised. She shot 5 under three weeks ago at Pinehurst before losing a sudden-death playoff for medalist honors. She then advanced to the quarterfinals, where she lost to eventual champion Rachel Kuehn, the red-hot Wake Forest sophomore who tied for eighth Wednesday at Woodmont.

Heck now advances to Thursday’s Round of 64, where she will meet Arizona’s Therese Warner, one of six players who made it out of a 15-for-6 playoff, the second largest playoff in the last 30 years.

Arkansas’ Kajal Mistry, Michigan State’s Haylin Harris, Baylor’s Gurleen Kaur, Vanderbilt’s Auston Kim and Cal’s Katherine Zhu were the other players who needed extra holes to keep their Women’s Am hopes alive. Mistry was especially impressive Wednesday as she shot 69, a day after carding 81, to become the first player since Kristen Park in 2008 to shoot 81 or worse and still make match play.

"So stroke play, you're not thinking about match play," Heck said. "You're thinking you have to make the cut and really from then on, no matter what you do, you're going to have a touch match. It's the Women's Am; I don't care if you're first or 64, you're a great player."

Other notable match-play qualifiers include defending champion Gabi Ruffels, who was one of four USC players to advance, Stanford commit and ninth-ranked amateur Rose Zhang and Texas’ Kaitlyn Papp, ranked 12th in the WAGR. 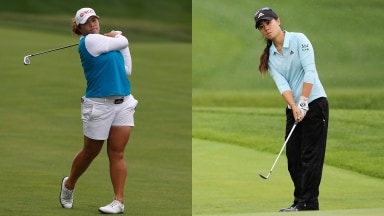 Rolex world No. 2 Ariya Jutanugarn and KPMG Women’s PGA champ Danielle Kang both missed the 2-over cut and will miss the weekend at Bedminster.